How S. S. Mausoof Is Charting a New Course for Pakistani Noir 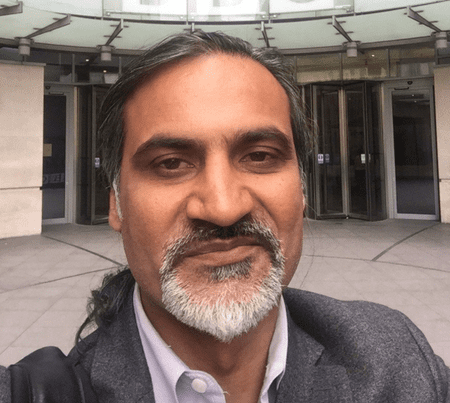 Writer and filmmaker S. S. Mausoof is taking elements of the Afghanistan War to craft a new type of thriller novel from a Pakistani point of view. His short story “Zero Line” appears in our Global Anthology.

For many years now, few countries have served as the nexus for warring interests than Pakistan. On one side are a faction of tribal clans and religious zealots who would like to see the Islamic nation bow before Sharia fundamentalism. On the other are a more liberal minded, educated middle class, that occupy its urban centers (particularly in Karachi, Pakistan’s most cosmopolitan city and largest financial hub), who have grown socially emboldened by the country’s emergence as a global economic power. The balance that has kept Pakistan from descending like its neighbor Afghanistan—a nation with which it shares many cultural ties—into all-out war, is one maintained by many business and political negotiations.

Still, this hasn’t entirely spared Pakistan from bloodshed, and the intricacy of the country’s domestic and foreign relationships is one being explored by writer and filmmaker S. S. Mausoof. Director of the award-winning Kala Pul (Black Bridge), a 2006 Pakistani thriller; and In Search of Meluhha, a documentary on the ancient Indus valley civilization, Mausoof has also published The Warehouse, his debut novel and the first in a planned noir series.

In The Warehouse, a Karachi-based insurance surveyor named Cash is hired to investigate a Warehouse fire in the Pakistani state and Taliban-occupied territory of Waziristan. Police corruption, terrorist-sympathetic locals, and “femme fatales” not only deter Cash from doing his job, but eventually leave him fighting for his life. “I started writing The Warehouse to present an inside-out view as a counterweight to the genre fiction about the Afghanistan war,” writes Mausoof. “The area west of the Indus river has been a virtual war zone for the last 15 years. This is not lost on writers of Pakistani origin.”

Last week, we published Mausoof’s short story “Zero Line” as the Pakistani selection for our forthcoming Global Anthology, in which a group of college friends go boar hunting along the infamously sensitive Pakistani-Indian border. To further highlight the cultural nuances present in his work, Mausoof spoke to us about the complexities of Pakistani society, its role and influence in the Afghanistan War, and why the thriller genre is a natural fit for the country’s literature.

The Warehouse is set during the Afghanistan War and uses the many complex layers of this conflict, including Pakistan’s involvement, as its narrative backbone. What were some of the challenges in framing a war that has been ongoing for such a long time?
The Afghanistan war has been raging for over forty years, first with the Soviets and now with the Americans. This war has provided the Pakistani state with a tactical opportunity to profit but has been a strategic deficit for the security of its population. For the last fifteen years the tribal areas of Pakistan west of the river Indus has been a virtual war zone. The story of The Warehouse is based on thematic elements like bonded warehouses, NATO convoys, the afghan war, and the role of insurance in a Sharia compliant society. Caught in this setting was the character of Qais, aka Cash, a fallible protagonist who provides a human perspective to this story. 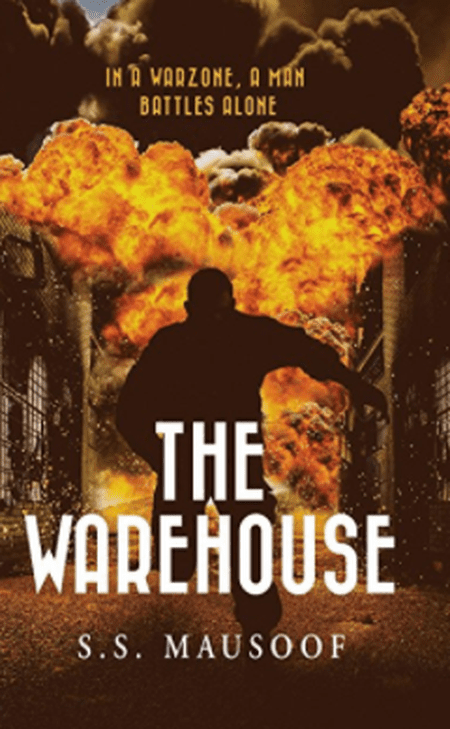 There are many different cultures that converge in the book—Karachi residents, Waziristan tribes, military personal. You’re book is called a thriller, but there is a feeling that life in that region is already like a thriller. Could you describe how your own experiences shaped narrative of the book?
I started writing The Warehouse to present an inside-out view and a counterweight to the genre fiction about the so called AF-PAK region. Some of my research was inspired by relief work in Pakistan working with local NGOs after the country was ravaged by earthquakes and floods. The ordinary people I met provided not only viable characters but also anecdotes that formulated a powerful narrative: instead of visions of angry bearded men burning effigies of Uncle Sam, I heard of boring and bleak existences under the threat of suicide bombing and drone attacks. The reality of Pakistani society, like any, is caught in shades of grey and rife with dubious purpose. As the femme fatale of my debut novel The Warehouse, Sonia Gonzalez, quips in the first chapter, “Conspiracy theories come true in Pakistan.”

You include The Warehouse as part of your Karachi noir. What are some of the key aspects to this genre? How does it differ from, say, Western noir?
The book is written as a first person noir thriller. Karachi has all the basic elements of a noir, an imperfect protagonist, femme fatales, corrupt cops and officials and the opportunities to score big, except to score big in this region is also ‘the great game’. However, Cash is not a Mickey Spillane gun-carrying private eye, or a Chandler’s Marlowe who plays solitary chess, or even Wallander with room for sparse thoughts in the Nordic landscape. Cash is foremost a family man who lives with his mother and daughter, he is inundated with relatives and petty problems and does not have time or often the right to pour a cold drink and kick back.

You have a background as a filmmaker—producing both documentaries and feature films. Do you see The Warehouse as a continuation of the vision of these works, or independent from them?
Noir is my favorite genre. I have found it to be useful in both my films, and now in my books, in exposing social, commercial, and even theological challenges faced by both Western and Pakistani societies. This is why of my two noir films, Kala Pul is set in Karachi and Absolution in San Francisco.

You live with your family in San Francisco, and visit Pakistan regularly. How have you been affected by the recent upheaval with Trump’s travel ban and authoritative regulations?

While the current atmosphere in America is disheartening, I have faced only minor inconveniences with immigration. It was much tougher in the days after 9/11 when I was regularly scrutinized and screened. One reason could be that I was younger and fit into the profile of a suspected provocateur. However, this new government has provided a platform for this country’s fascist elements to openly display their hatred.

What are you currently working on?
I am working on a next Cash investigation novel called The Profit Principle.