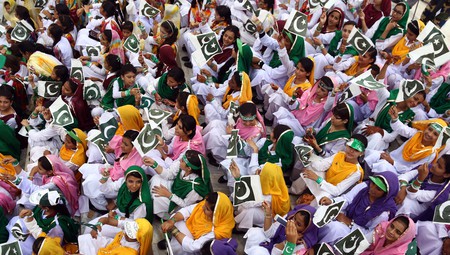 Every year on August 14, cities and villages across Pakistan come alive in a celebration of independence and national pride.

Celebrations in the country begin in the days leading up to August 14. The national flag can be seen in various sizes on balconies, cars and iconic landmarks. Green and white fairy lights illuminate the streets. Shopkeepers are prepared with Independence Day t-shirts, green and white traditional clothes and badges representing Pakistan’s flag. On the roadside, locals can be found selling similar items, except in wooden carts that can be pushed from one place to another. Everyone is united via a feeling of patriotism. 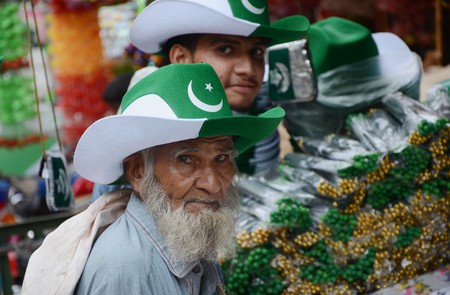 How did Pakistan gain independence

In the 1940s, the Indian independence movement organised a series of protests aimed at ending British colonial rule in India. The rise of Muslim nationalism saw the creation of the All-India Muslim League, which sought to secure the interests of the Muslim diaspora in British India by pushing for the creation of Pakistan as a separate state. The struggle for an independent Muslim homeland was led by Muhammad Ali Jinnah and was solidified with the partition of India and the creation of Pakistan on August 14, 1947.

How to commemorate the birth of the state of Pakistan

In Pakistan, August 14 is a national holiday celebrated around the country with government-held parades, air shows and fireworks. Every year, official dignitaries and heads of state visit the mausoleum of the founding father of Pakistan, Muhammad Ali Jinnah, in Karachi to say a prayer and to pay their respects. In schools and universities, students gather to sing the national anthem and to take part in poetry competitions and cricket matches.

Portraits of the founder of Pakistan and other prominent leaders of the Independence struggle are displayed on buildings and their faces are printed on everything from t-shirts to bumper stickers.

Karachi‘s food street, Boat Basin, is swarming on the morning of the 14th with locals indulging in the famous Pakistani breakfast, halwa puri. Sea View Beach within the city is packed from the eve of Independence Day until late the following day as people blast songs of patriotism from their vehicles and wave flags, screaming azadi and Pakistan Zindabad. The dominant green colour in the flag is said to represent the Muslim majority and the white colour the non-Muslim minority, a religious split that is still pertinent today, although, the flag was designed at the time of partition in 1947. On this day, Pakistanis also wear white or green clothing to mark the occasion. 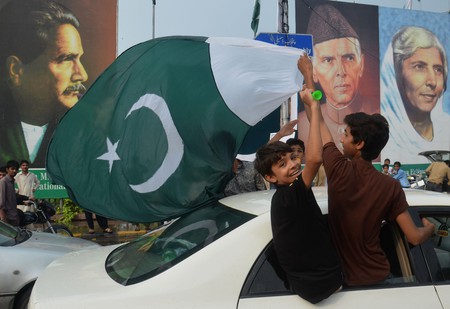