From the ’70s to Now: How Pakistani Artists Are Challenging a Culture of Censorship 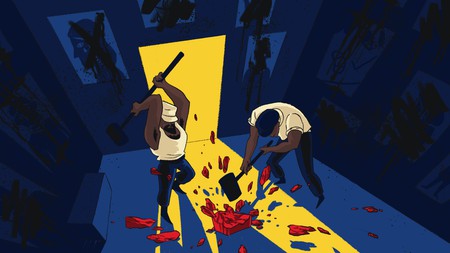 Art’s ability to transcend language has not been lost on Pakistan. Since the 1970s, Pakistani artists have faced difficulties for depicting the conflict and anguish around them. Culture Trip looks at the challenges artists face when using culture and politics as their themes, and how some of them have managed to avoid any backlash.

Pakistan’s art scene is buzzing with both old and new voices; works that would have once been tucked away in small galleries or elite living rooms have instead entered the public space in recent years. But despite the vibrancy, the freedom (or lack thereof) for artists to express their views on cultural and political affairs at home is an issue that continues to take centre stage time and again.

This was evident at the 2019 Karachi Biennale (KB), which was embroiled in controversy after an exhibit titled ‘The Killing Fields of Karachi’ was defaced. It was also true back in the 1970s when artists at the time were only allowed to work within genres that were permissible by the government. What many of them did, instead, was work furtively in hidden studios.

Niilofur Farrukh, an art critic, activist, curator and CEO of the KB tells Culture Trip that while art is a powerful vehicle for conveying ideas, the country is still in the midst of learning how to negotiate with the public space on sensitive topics.

“We in Pakistan have a very vibrant art scene and most of us have learned to work within the system we have in place,” explains Farrukh, who has been active in the field since the late 1980s. “And when I say that, I mean we can be very disapproving; often politically as well as socially, we have this tremendous ability to look at ourselves critically. We’ve come to develop a language in art through which we can get away with saying a lot without being confrontational. However, when it does become confrontational, that’s when we face issues of censorship.” 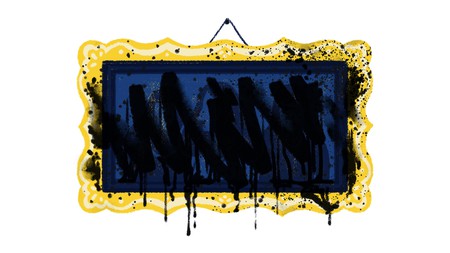 In 1977 artist and activist Ijaz ul Hassan was being held captive in the prison housed in Lahore Fort. It was no secret that he was deeply opposed to the martial law imposed by General Zia-ul Haq, who had just overthrown the democratically elected government of Prime Minister Zulfikar Ali Bhutto.

Hassan had created a poster artwork as part of his resistance movement against Haq’s repressive regime. His work was so fierce in its message that it was refused entry to exhibitions and removed from the walls of museums as fear of backlash from the military had peaked to an all-time high.

For four weeks, he was placed in solitary confinement; he was blindfolded, he had a noose dangling around his neck on several occasions – his torturers were pretending he would soon be executed. But he was eventually freed by the guards.

“I have never been able to distinguish between politics and painting. Politics was unavoidable, right from the beginning,” Hassan told The Independent back in 2007. “One of the reasons democracy is so fragile in Pakistan is because we do not build up institutions such as the arts, which are essential for democracy. I wanted to create a culture of resistance. Art and poetry can express a form of not surrendering and present the ‘other’ view.”

It’s perhaps worth mentioning at this point the man whose name has always been synonymous with protest art – the late Abdul Rahim Nagori. His exhibition from 1982 titled Anti-Militarism and Violence was censored by the government, only for the ban to result in widespread publicity. Just shortly after, the Pakistan Federal Union of Journalists took on the challenge of exhibiting his work, and they did so with success. But as nearly all would agree, the most powerful and memorable exhibition of his career was on anti-dictatorship, held at the Indus Gallery in 1986 amid threats and personal risk. Here, he exposed 62 different national events which debilitated the very conscience of the nation. 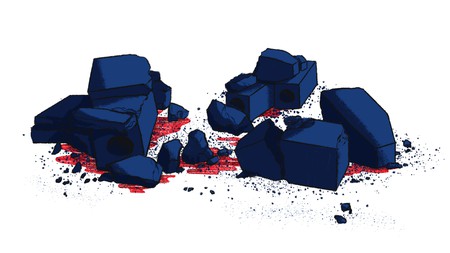 Fast-forward to 27 October 2019, the second KB – where about 97 artists from over 16 countries were showcasing their works – faced a similar fate, albeit less severe. Men in plainclothes entered the colonial-era Frere Hall garden in Karachi, where prominent artist Adeela Suleman’s exhibit was set up. She had erected 444 gravestones topped with wilted metal roses to symbolise victims of extrajudicial killings allegedly carried out by policeman Rao Anwar. That same day, they forced the exhibit’s closure and two days later, it was completely destroyed.

Suleman, although deeply distressed by the incident, couldn’t deny the power of art, especially when peaceful protestors gathered outside Frere Hall to show their support and media coverage was on full throttle. “They had to break each pillar to make a point, that’s how much of an impact the exhibit had,” she says. “Their strategy, however, completely backfired. If they had let the exhibit be, 500 or 1,000 people would have seen it. But they chose to create noise, and now the whole world knows.”

Suleman has been referencing violence in her work for the past decade and, she, to a large degree, echoes Hassan’s sentiments. “Especially after 9/11, it was hard for me not to look at violence, the number of lives taken because of it, and use my work to show where we as citizens stand despite the situation at home, despite international criticism.”

While artists such as Hassan, Nagori and Suleman have shown an impressionable boldness by displaying their canvases to the wider public, others have practiced a bit more self-restraint at times. This is what Rashid Rana, one of Pakistan’s most influential contemporary artists, refers to as self-censorship. For instance, he only exhibited one of his three-part ‘Veil’ series from 2004 in Pakistan, which critiqued culturally constructed, negative stereotypes of women. He used superimposed hardcore pornography onto the silhouette of the burqa. “Westerners think all Muslim women are veiled,” Rana told The New York Times. “Muslims associate Western women with pornography. I wanted to challenge these prejudices from both sides. The art audience in Pakistan does not object to nudity per se. But I wanted to be careful – call it self-censorship – and did not show the series to a wide public.”

It’s perhaps the idea that art in Pakistan can be controversial that might drive this sense of self-censorship among artists. As Suleman points out, most people have not yet fully developed the sensibility to realise that an artist’s work is just his or her visual interpretation or artistic interpretation.

“As artists, organisers, educationalists, you will always be concerned by the opinions of the general public and how the artwork in front of them will impact their sensibilities,” Suleman says, adding that artists might avoid being targeted for their works by finding safe haven in in galleries and private spaces which are rarely in the spotlight of the state or the general public.

But she doesn’t hide her disappointment in the reaction of the KB organisers when her exhibit was destroyed. Following the incident, the organisers issued a statement declaring that Suleman’s artwork had not met its theme of “Ecology and the Environment” which the artist fully disagrees with. According to her, she had given a human face to ecology, showcasing how violence corrupts the body and soul.

“As organisers who’ve taken on the responsibility of an important event such as the KB, an event which is a big leap for public art in Pakistan, you can’t get scared at the first sign of trouble.”

Preferring not to indulge in the controversy for it diminishes the rest of the work they’ve done, Farrukh believes it’s time to look ahead. “With every step back, we need to move two steps forward,” she says. “What’s missing in Pakistan are mediatory bodies who can intervene when things go wrong, and they’ll do so without any bias because they’ll be working for all sides. This is the direction the country needs to head towards to make further progress in the field of arts.”

The KB statement had also declared that “politicising the [biennale] platform will go against our efforts to bring art into the public and drawing artists from the fringe to the mainstream cultural discourse”.

In a powerful op-ed written for Dawn, journalist Jahanzeb Hussain leaves us to deliberate on an important point. Hussain, who believes ecology is inherently linked to politics, says: “Taking distance from a protest against state excesses isn’t benign. It betrays privilege, for the privileged aren’t only unaffected by land-grabbing but actually benefit from it. It betrays privilege since refusing to resist state pressure is a way to maintain privilege.”