Beyond Hollywood: A Film Lover’s Guide to Karachi 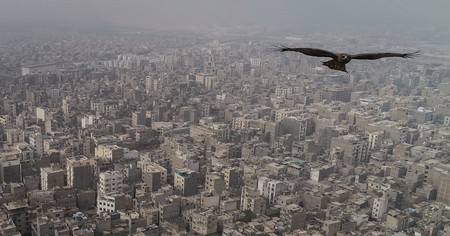 A bird’s-eye view of Karachi. From the ‘Beyond Hollywood’ series, 2019 | © Culture Trip

The return of movie-making to Karachi has coincided with an economic rejuvenation of the former capital, which is now seen as the creative heart of the nation. Here’s how Karachi is going toe to toe with Bollywood, the world’s biggest film industry.

In our original series Beyond Hollywood, Culture Trip’s resident film editor Cassam Looch explores the local cultures and local film industries of stunning destinations around the world. Here we find out how Karachi has emerged from the shadow of Bollywood and taken over from Lahore as the home of the Pakistani film industry.

Get around by motorised rickshaw

Karachi bristles with energy and excitement. The stereotypical vision almost certainly includes a motorised rickshaw tootling along the busy street. The small vehicles, also known as tuk-tuks in some parts of the world, are certainly plentiful and great for short journeys around town. You can always hail a cab or call an Uber, although the travel app of choice in Pakistan is Careem. The roads can be busy, particularly at rush hour, but thanks to a combination of people travelling by motorbike and a steady flow helped by the general lack of traffic lights, you’ll always get to your destination in the end. 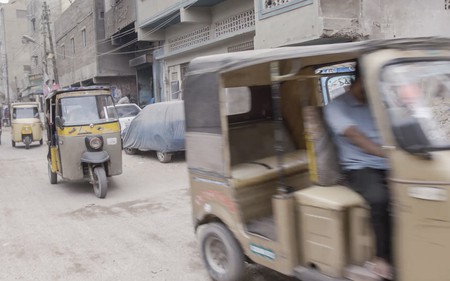 A motorised rickshaw will get you there. Still from the ‘Beyond Hollywood’ series, 2019 | © Culture Trip

Another icon of Pakistani travel is the beautifully decorated mini-buses that are impossible to ignore when they pass by. These buses also serve a practical transportation purpose for locals, but the best way to experience them as a visitor is to take part in a tour across the city. 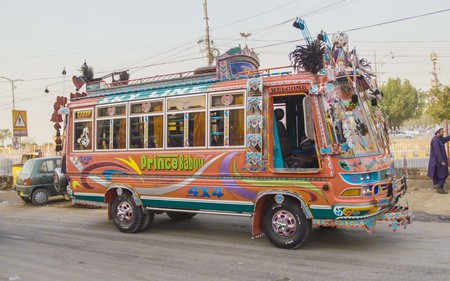 A Savari Express bus. Still from the ‘Beyond Hollywood’ series, 2019 | © Culture Trip

Pakistan’s film industry has physically and literally moved away from ‘Lollywood’. That term was first coined when the country’s film industry was based in Lahore; however, Karachi was the original hub of filmmaking in Pakistan.

If any one place encapsulates the mixed fortunes of the Pakistani film industry in recent decades, then it’s Eastern Studios. In its heyday, the studio produced the country’s biggest blockbusters. The vast sets sat side by side with recording studios, but then business fell flat due to a move to Lahore. A government clampdown on the industry in the late ’80s, part of a wider set of moves by a religious-dominated legislature, also served as a hammer blow with cinemas shut down or falling into disrepair. Vast studios such as this one are now back at the centre of the industry, but they face a new problem. Directors and producers now favour actual locations over film studios, and as such there is an eerie feel when you wander around here. 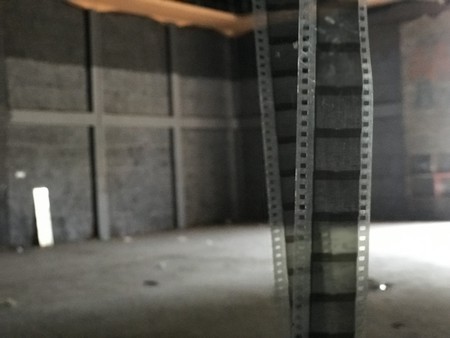 A corner of Eastern Film Studios in Karachi | © Culture Trip

Boat Basin is the place for the best breakfasts in Pakistan. The restaurants offer plentiful seating, and the food is fresh. Pakistanis love a full, hearty breakfast, so be prepared for an exhilarating dining experience.

The Indian and Pakistani film industries have a common cinematic language and a shared love of dance numbers. Although musicals have fallen out of favour in Hollywood, mainstream Pakistani films regularly feature elaborate interludes full of song and dance. Leading choreographer Wahab Shah has put together some of the best-known routines in Pakistani cinema. Best of all, you can join him and his troupe for classes to get the full Lollywood experience. 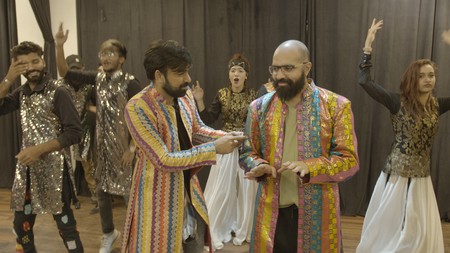 One of Karachi’s most popular markets, Empress Market was completed in 1899 to commemorate the rule of Queen Victoria, ruler of India. This was, of course, a time when Pakistan and India were one country. The market is popular with locals as many of the merchants have been here for years and have some of the best produce in the region. Many of the aforementioned Savari bus-tour routes pass by here. 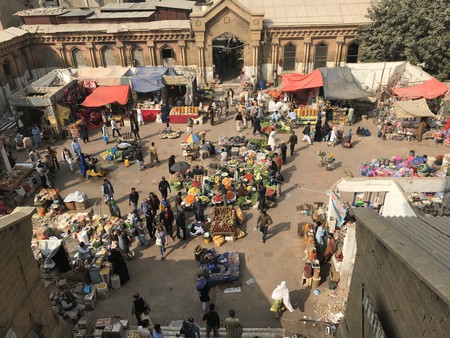 Pay your respects at the Mazar-e-Quaid

Arguably the most popular tourist destination in Pakistan, the Jinnah Mausoleum was completed in 1970 and built in honour of Muhammad Ali Jinnah, the founder of Pakistan. The Modernist building is the final resting place of Jinnah, his sister and Liaquat Ali Khan, the first prime minister of Pakistan. Jinnah is also a prominent figure in international pop culture, having featured in Oscar-winning film Ghandi (1982) as well as a number of self-titled biographies. One version features British legend Christopher Lee and was one of the biggest films shot at Eastern Studios. 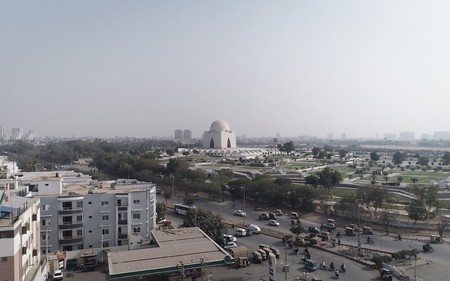 No visit to Karachi is complete without a trip to the beach. Clifton Sea View gives you a chance to ride camels, gallop on horses and even drive sand buggies. The beaches are popular with young residents of Karachi at night and with families during the day. On the downside, this results in a lot of litter, but if you can put up with that, you won’t get a better view anywhere in Karachi. 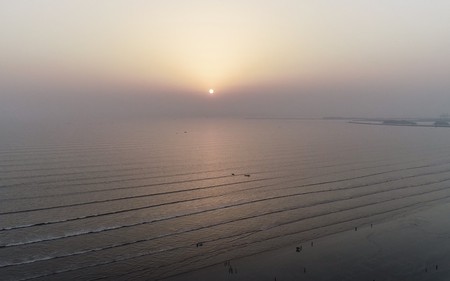 Although it’s not a formal street market in the traditional sense, Karachi’s Burns Road is arguably one of the best places in the world to try authentic local delicacies. From spicy favourites such as biryani to the sweet-filled treats encased in gulab jamuns (a type of syrup-soaked doughnut), there’s something for everyone. The best tip is to follow your nose and go for places with the best reputations. 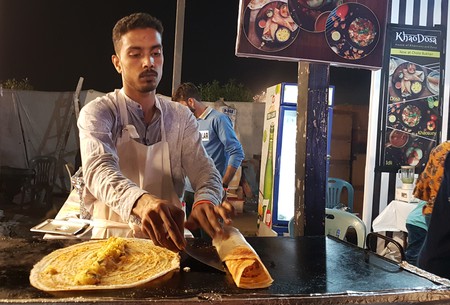 A vendor prepares a dosa at Burns Road Food Market. Still from the ‘Beyond Hollywood’ series, 2019 | © Culture Trip

Lyari Town is the smallest of the the 18 districts that make up Karachi but also the most densely populated. Lahore, known as the historical centre of Pakistan, can lay claim to centuries of heritage, but Lyari is the ancient heart of Karachi. While the rest of the country is enraptured with cricket, the people of Lyari have adopted football as their sport of choice. Though it was previously a no-go area that even the police feared to enter, a recent revival has seen local filmmakers turn around Lyari’s reputation, with plans for a feature-length Netflix series set during the turbulent past set to thrust Lyari into the spotlight. 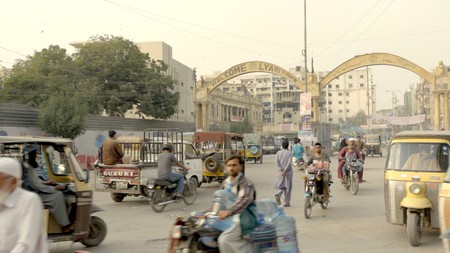 ‘Welcome to Lyari Town.’ Still from the ‘Beyond Hollywood’ series, 2019 | © Culture Trip