The World Heritage Sites of Pakistan

Discover some of the most interesting sites in Pakistan that have been highlighted by UNESCO, including palaces, religious sites, and historical settlements. All of these sites are incredible remnants of Pakistan’s diverse and extensive past, and visiting them will harbor a rich and cultural journey through the history of Pakistan. 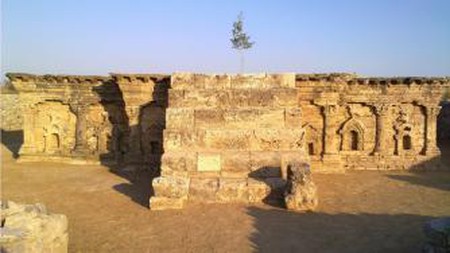 One of the most visited sites in Pakistan, Taxila is generally considered to be one of the most significant archaeological sites in Asia. This is due to its accurate representation of the varying stages of progression between the 5th century BC and 2nd century AD, during which time the site was at its peak. Back when it was active, Taxila was a university and educational center for Buddhists, and it attracted pilgrims from all across Asia. Today it stands as a labyrinth of ruins consisting of foundations, mosques and a number of stupas, the largest of which, the Great Stupa, is regarded as the most important. 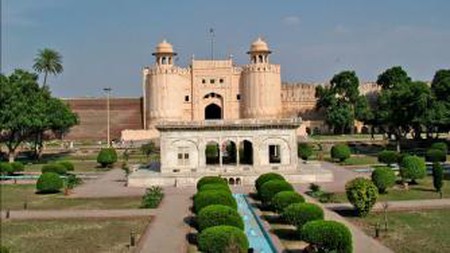 Located just 7 kilometers from one another, Lahore Fort and the Shalamar Gardens are located within the city of Lahore, which is often referred to as the ‘Paris of the East’. The fort itself was built, destroyed and rebuilt a number of times between the 13th and 15th centuries, and is home to fantastic marble palaces, motifs, and intricate detailing, the symbols within which highlight the use of such emblems in Mughal design. With the sandstone walls inlaid with detailed motifs and precious materials, the site is a visual delight. The Shalamar Gardens stand as a pinnacle of Mughal garden design and influenced much of the later Indian architecture and design that followed. 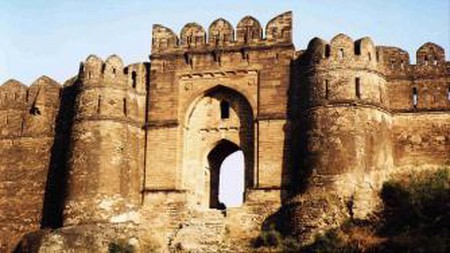 The vast and seemingly indestructible Rohtas Fort was built by Sher Shah Suri in 1541 and stand today completely intact. The circumference of the walls stretch for over 4 kilometers and they aided the emperor in deterring rebellious members of the public and the return of emperor Humayun, following Suri’s victory against him. A bold example of the capabilities of Muslim military architecture of the time, the fort is of particular importance culturally as it is the only existing example of architecture created at the time of Sher Shah Suri’s rule. Despite its military use, the detailing on the fort is quite beautiful, and its location on a hilltop means that it boasts exemplary views of the surrounding landscapes. 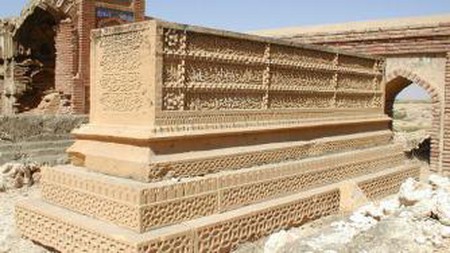 The incredibly vast, ancient and elaborate collection of tomb monuments at Makli Hill is astounding. Located just outside of Thatta, Makli Hill is the greatest Muslim necropolis structure existing today. The site is a paragon of the Sind province and its golden era, which lasted across four centuries from the 14th to the 18th. There is evidence of extreme grandeur style, with colorful mosaic detailing and decorative patterns carved into the stone, the enamel tiles of many of the decorations nodding towards ties with Iran. Approximately half a million tombs and graves are dotted within this six square mile site, and the varying use of brick and stone has meant that over time it has undergone varying degrees of degradation. 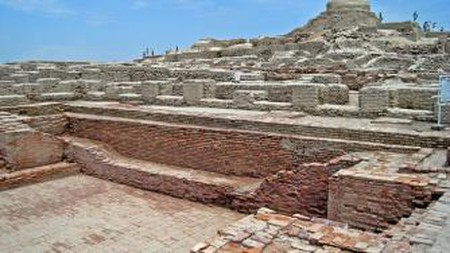 Located in the Indus valley, (the civilization of which was not discovered until the 1920s) the Moenjo-Daro ruins display one of the earliest physical confirmations of urban planning. The site is simply huge and dates back to 3000 BC. Being one of the first Indian cities, the site shows evidence of complex street and drainage systems. While there are no apparent traces of temples or monuments, archaeological findings are suggestive of wealth, such as gold and lapis lazuli. The integrity of the city’s layout is the testimony to the inhabitants’ prominence. However, unfortunately, due to a lack of preservation, experts warn that without proper action the site will have completely diminished by 2030. 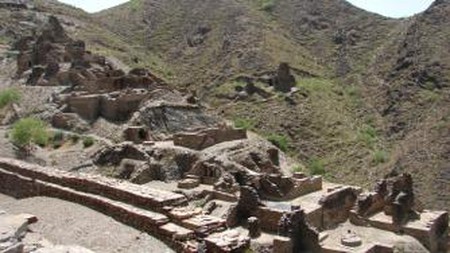 Within these two historically and archaeologically significant sites are the remains of a Buddhist monastery, and it is thought that some of the remains of Buddha are to be found within Sehr-i-Bahlol. The latter area is in danger of irreversible damage from visitors and locals, who dig the area for relics and antiques that are often found due to lack of proper excavation. The complex of Takht-i-Bahi is viewed by archaeologists as particularly important, as it is a prime example of the Buddhist monasteries that existed around 1st century BC. The site is comprised of four predominant sections, including the Court of Stupas and a tantric monastic complex. The dates of these vary and add to the area’s cultural depth. 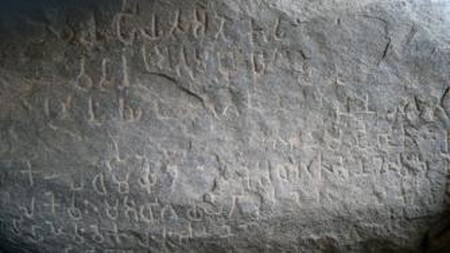 Located near to the city of Mansehra, the rock edicts here outline events that took place during the middle of the 3rd century BC. During this time, from around 330 to 200 BC the city was a part of Taxila, but following the ascension of the Indian emperor Ashoka, the area was created as a seat for his government, and the three boulders that make up the site were inscribed to document this. These inscriptions represent the first ever writings in South Asia and can be read from right to left in ancient Indian script (Kharosthi). The inscriptions are a part of the edicts of Ashoka, which are 33 inscriptions made by the emperor and are dotted across Bangladesh, Nepal, India and Pakistan. 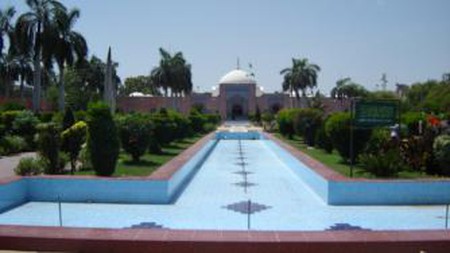 Regarded as the world’s largest mosque, with 93 domes, the Shah Jahan Mosque in the town of Thatta is a common visiting spot especially for those having gone to the nearby Makli Hill. All 93 domes are white, which give an exceptional view of the building from afar. Due to its size and number of domes, it is famed for its acoustics and the echoes that the internal shapes create. This allowed for increased numbers of people to attend prayers, and when speaking above a certain decibel, one can be heard throughout the mosque. Intricate Iranian style geometric designs can be seen throughout the structure, and the red bricks and blue mosaics create a stunning contrast. 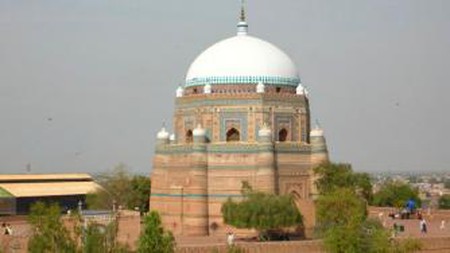 Built within the Multan Fort, which is a landmark in itself, the tomb of Hazrat Rukn-e-Alam is a simply beautiful example of architecture that existed pre-Mughal. Many consider it to be the heart of Multan, and its distinct magnificence is unrivaled. Octagonal in shape, the tomb has a large white center dome, with smaller surrounding domes in the same color, and a turquoise blue detailing throughout. Rukn-e-Alam translates to ‘pillar of the world’ and the tomb was built in the early 1300s AD. Showing elaborate decorations and brickwork throughout, a notable feature is a niche, or mihrab, which is the earliest of its kind within the whole of South Asia. 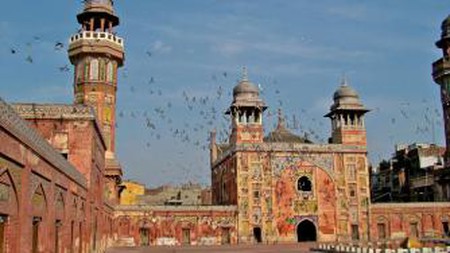 A detailed mosque of astonishing substance, the Wazir Khan Mosque is decorated in large parts with intricate tiling, for which it has become famous. The tiling contains elaborate floral and organic decorations contrasted with geometric designs, the bright colors of which make it one of the finest existing examples of Qashani tile work. Located in Lahore, the mosque also contains the tomb of the revered figure Syed Muhammad Ishaq, and this tomb actually predates the mosque itself. Crafted over seven years, the mosque is a startling red sandstone and has a large central courtyard divided into two.