An Expert’s Guide to the Best Yoga Studios in Karachi 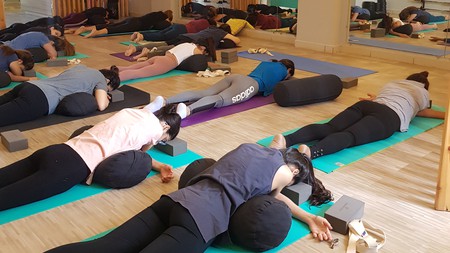 Feel like it’s near impossible to find some downtime in Karachi? Find your next favourite spot to escape to with this expert guide to the best yoga studios in the city.

Bisha Shabir, founder of The Yoga Well, started practising yoga 16 years ago in Karachi. Back then, yoga was seen as a physical exercise more than anything, and only one of her teachers, she recalls, had truly trained herself to understand its full benefits. Classes also remained small and private – there weren’t as many studios as there are today.

“I, for instance, started off with a very rigorous practice, and that’s what I, and I believe many people, thought yoga to be – there was little understanding or education of how anatomy and mindfulness play a very important role in your practice,” says Shabir.

Shabir’s metamorphosis from student to teacher, and experience studying and teaching yoga in London and California, brought her back to Karachi, where she opened her own studio in 2018. These are her recommendations for the best places to hone your practice in Karachi. 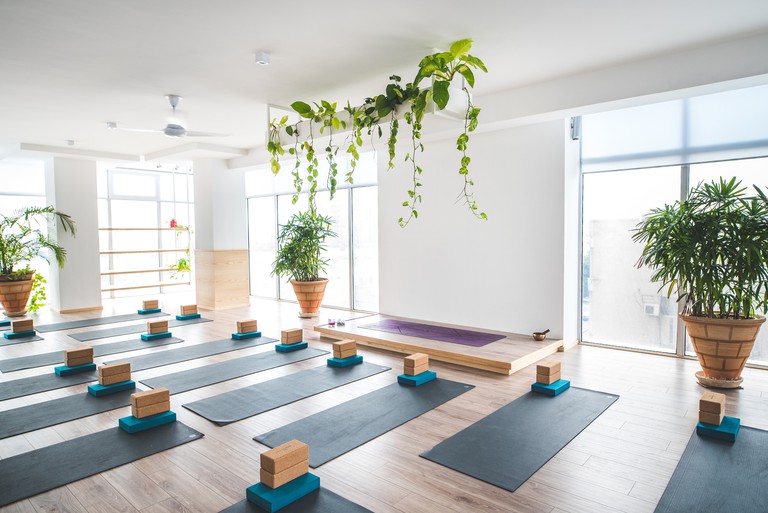 Courtesy of The Yoga Well

Shabir describes The Yoga Well as an urban oasis that, despite being in the middle of the city, offers students some respite from the hubbub of the outside world. “Since I went to architecture school, it was important for me to build a space that was aesthetically pleasing,” Shabir explains. “Because of this, coupled with my newfound passion to reduce my impact on the environment, I decided to go with a minimalist and clean design. I’ve installed large glass windows, used earthy tones and placed lots of plants all around!” The studio offers a range of classes suitable for all levels of experience – vinyasa flow, yin yoga, general yoga open, restorative and meditation, and ladies-only classes. Shabir encourages her students to explore mindfulness to not only improve their practice but their overall wellbeing. To support this, she holds conversations on climate change to anyone who is interested. “I want to be able to explain to those who come here that mindfulness isn’t a concept that should only be practised in the studio. It’s in what you buy, what you waste, anything that you do in your daily life.” The Yoga Well also runs workshops every so often. These are based on various themes, such as birthing, mindfulness and rediscovering yourself. Visit its Facebook page to keep up to date with the latest events.

Jeannette Faruque, owner of the trendy Studio X, is a household name in Karachi’s fitness industry. Although Studio X supports a wide range of fitness classes, personal training and boot camps, it has its own dedicated yoga studio called Yoga X, renowned for being Pakistan’s first professional hot yoga studio. Yoga classes offered here include yin yang, hatha and core power (suitable for all levels). Shabir praises what Faruque has achieved in the last 16 years, when Studio X first opened its doors. “It’s truly a great environment, and [Faruque] is known to use her experience and knowledge to teach a great class,” says Shabir. “People enjoy going here because the whole of Studio X offers so much within one space supported by a lot of experienced teachers.” After class, visitors can head to the studio’s Ultimate Detox Bar, which serves up a range of cold-pressed juices, smoothies and healthy snacks.

Home studios are a growing trend in Karachi, with Sarah Q Yoga, established in 2017, at the forefront. Founded by Sarah Quettawala, her ground-floor home studio has a massive glass window overlooking a lush green garden. Wooden flooring, a mix of brick and plain white walls and scattered plants – who wouldn’t consider the space a haven for yoga enthusiasts, especially when there’s a nice breeze blowing through? “She used to be my student before,” says Shabir. “Now she has her own practice, which is very exciting for me. She’s the one person I go to to practise yoga with because it’s important to understand what you’re doing with your body, and for that you need to understand the teacher. [Quettawala] makes it easy to learn and practise yoga, and she has a lot of sensitivity when it comes to anatomy.” Quettawala focusses on vinyasa flow, with her classes, both mixed and women only, open to all levels. 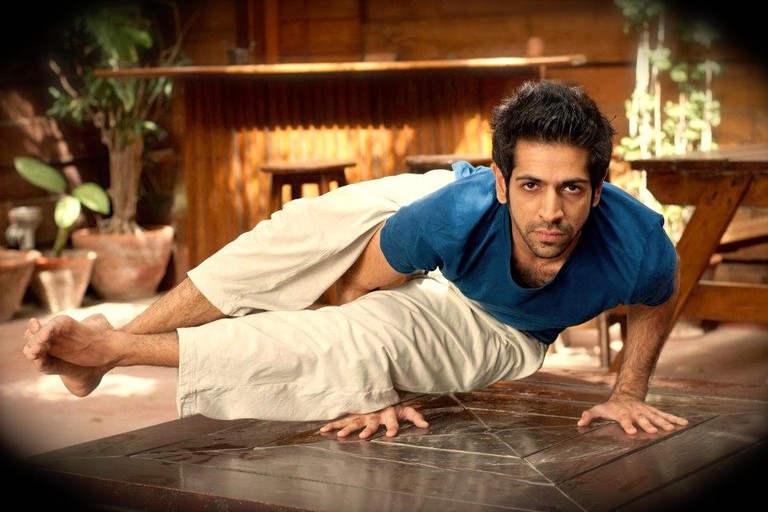 Aqil Amin, owner of AQ Power Yoga, is another established name in Karachi. In fact, his decade-old studio became so popular that he launched AQ Fitness to make his space a “one-stop shop” for all things fitness. Whether it’s the gym, a 30-day weight loss programme or a Muay Thai class, Amin’s attempting to cater to everyone’s needs. “AQ Power Yoga is a name you’ll hear from most people when discussing yoga in Karachi,” says Shabir. “In fact, I used to work here as well.” As the name suggests, the studio inspires others to fall in love with power yoga as Amin believes it’s the key to “energy, vitality and freedom of mind”. AQ Power Yoga is based in two different locations in Karachi – Zamzama and KDA (Karachi Development Authority). The Zamzama branch offers women-only classes. 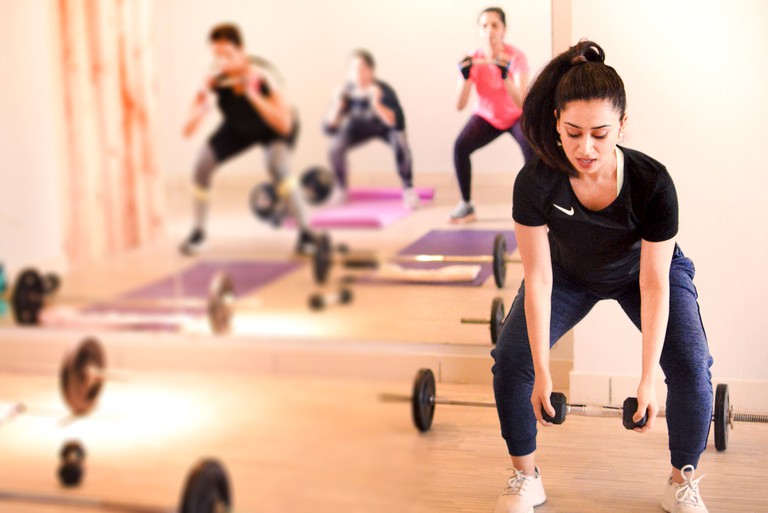 A relative newcomer, Yoga Lift has quickly made waves in Karachi. Founder Raasti Said has combined two of her all-time favourite workouts – yoga and weightlifting – to help you #LiftYourSpirits. “Although they have different classes for both yoga and weightlifting, they also run sessions that combine the two,” says Shabir. “They have yoga burn and resistance training with yoga. They also offer restorative classes.” Saaid’s studio and her own teaching methods have been lauded for giving clients a perfect blend of strength, flow and recovery – especially useful for anyone who has suffered through a recent injury.

Acroyoga Karachi is not a yoga studio, but Shabir believes it’s worthy of a mention. The activity – a mixture of acrobatics and yoga – was founded by friends Ajlaan Raza, Aroon Kymar Pirwani, Dhanak Aijaz and Zain Warsi, and is now globally recognised.

The group does free pop-up events across the city, most commonly in Hilal Park.

“I don’t know what it is, but anyone who tries acroyoga, regardless of what yoga practice they’ve been involved in, they absolutely fall in love with it,” says Shabir. “It’s a great community, and they call their sessions ‘acroyoga jams’ – that in itself explains that it’s a community-building initiative.”