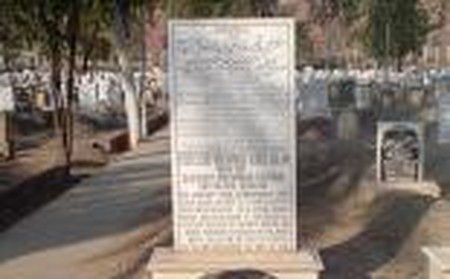 Abdus Salam was a theoretical physicist who became the first Pakistani and first Muslim to be awarded the Nobel Prize in the sciences, but whilst he was accepted by the world, he was disowned by his own country. Jon Crabb examines Salam’s life and the achievements of this influential man. 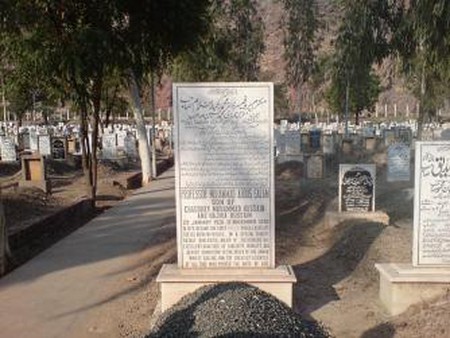 Born in a poor farming district, Salam overcame a humble start in life to become an internationally recognised scientist. In addition to his academic career, he campaigned for the promotion of scientific research in developing countries and was passionate about providing opportunities for gifted students from poor nations. Despite his many achievements, Salam has remained a controversial figure in Pakistan for being part of the Ahmaddya Muslim community, a small sect regarded as heretical by the wider Islamic society.

Before the partition of British-India and the creation of Pakistan in 1947, the Ahmadiyya were an obscure sect in a predominantly Hindu nation, and mostly left alone. After the partition, which placed Salam’s village in Muslim Pakistan, they were declared heretics by orthodox Muslims and became outcasts. In a cruel twist of fate, the Ahmaddis who now found themselves in Pakistan, or who migrated across the borders to join the new Muslim state were eventually worse off than before. Purely because of his religious heritage, Abdus Salam never found acceptance in his home country during his lifetime.

So much has been said about the precociousness of the young Abdus Salam that certain tales have taken on the aura of a myth. Regardless of the veracity of some of these stories, he was clearly a child prodigy whose keen intellect amazed his schoolteachers. When he sat for matriculation at Punjab University, he received the highest marks ever recorded, despite being only 14. He received a scholarship to study at Cambridge University in 1949 when he was 20 and in 1950 he received the Smith’s Prize for the most outstanding pre-doctoral contribution to physics. By the time his thesis on Quantum Electrodynamics was published in 1951 he had already achieved some fame in the physics world and was keen to use his growing reputation to improve and promote education and research in his home country. To that end he accepted teaching positions in Pakistan where he immediately tried to update the courses. To his dismay he found his ideas suppressed and new research discouraged. Disappointed, he returned to the UK where he continued to publish important papers.

In the 1960s, Salam moved to Pakistan once again when he was offered work by the government. He became closely involved with a number of projects, and led several important scientific bodies including the Pakistan Atomic Energy Commission, the Pakistan Space and Upper Atmosphere Research Commission, and the Pakistan Institute of Nuclear Science and Technology. In this time, he also worked hard to establish centres of research throughout the country, and in 1964 he set up the International Centre for Theoretical Physics in Trieste, Italy – an institute where the brightest minds of physics from both developed and developing countries could meet and work together.

After this highly productive period in which Salam made major contributions in science and philanthropy throughout Pakistan, he became the victim of religious intolerance in 1974 when the Ahmadiyya sect was declared non-Muslim by an increasingly conservative government.

As a deeply religious man Salam resigned from his post as Chief Scientific advisor in protest at his sect’s excommunication from Islam. He remained in Pakistan for another five years, but facing mounting prejudice he left for Europe in 1979; it was the same year that he shared the Nobel Prize with two American physicists for his work on unifying the fundamental forces. When Abdus Salam accepted his Nobel Prize he wore traditional dress including a turban and gold pointed shoes, which starkly contrasted the black suits and white ties of the other Laureates. It was a carefully measured statement that aligned him as much with his Pakistani roots as with his international stature. In his acceptance speech, he proudly related the contributions the Islamic world had made to science and quoted the Qur’an. 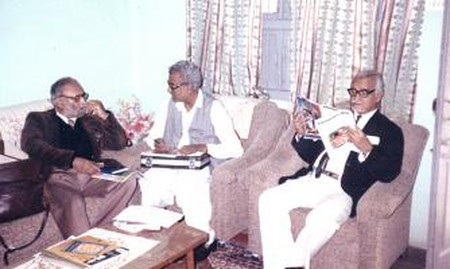 While he maintained his love for his religion and for his country, he was effectively written out of its history by the prevailing government. When he was initially invited to speak in Islamabad after receiving the Nobel Prize, an extremist student group protested until the invitation was withdrawn. Rumours of Salam selling nuclear secrets were spread through the newspapers. Despite being the father of Pakistan’s Space and Nuclear programs, his name appears in few textbooks and is rarely mentioned on Pakistani television and radio. While there is a road named after him at CERN in Geneva, he is mostly unacknowledged in his own country after decades of media blackout. After his death in Oxford in 1996, his body was returned to Pakistan and buried under a gravestone that read ‘First Muslim Nobel Laureate’. Even in death he suffered persecution; a local magistrate ordered ‘Muslim’ to be erased, leaving the nonsensical ‘First _____ Nobel Laureate.’ In 1998, Pakistan’s government released a stamp featuring Abdus Salam as a part of a series commemorating Pakistani Scientists. However, the stamp was withdrawn from circulation after pressure from orthodox Muslims.

In Pakistan today, perhaps as the result of a more curious younger generation there is a growing acceptance of Abdus Salam and he has been the subject of a number of editorials detailing his mistreatment. His international status, combined with a sense of unease at the rise of religious extremism has made more progressive Pakistanis reassess the life and achievements of their most famous scientist. In November 2011, an article in Dawn, Pakistan’s oldest English language newspaper, attracted over 200 sympathetic and supportive comments. Also in 2011 a film about Salam called The Dream of Symmetry was also released, casting fresh light on this extraordinary figure to audiences in Pakistan and around the world.

Watch a short trailer about The Dream of Symmetry below: