ASIA
/
PAKISTAN
/
Things to Do

11 Reasons Why You Should Visit Islamabad, Pakistan's Capital City

Calm, quiet, peaceful, green: these adjectives describe the essential makeup of Islamabad, capital of Pakistan. The moderately populated city, situated on the Potohar Plateau, offers a tranquil option for those who prefer to explore at a leisurely pace without the need to time their schedule according to traffic. Read on to find out why a trip to Pakistan is incomplete without a stint in Islamabad.

The Shah Faisal Mosque holds a special place in the Muslim community of Pakistan due to its ties with Saudi Arabia (the mosque was named after one of the kingdom’s monarchs). It can accommodate over 100,000 worshipers in its main hall and courtyard. Besides its religious significance, the mosque is famed for its architecture, which is a departure from traditional domes and arches. The building mimics a desert tent, and is situated between four pencil-like minarets. A guided tour of the mosque is usually an important part of the itinerary of tourists visiting Islamabad. 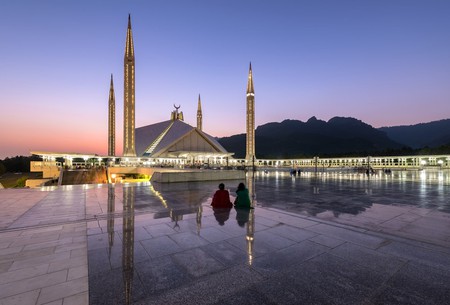 As Islamabad is the seat of government in Pakistan, the city by default is a focal point of excellent security and law and order facilities. The capital’s physical size (around 906 sq km) makes it easier to monitor and regulate safety for citizens and tourists alike. There is hardly any need to think twice before venturing out for a midnight stroll or driving on even the quietest roads.

There are museums galore

For history and nature buffs, the city is home to a number of museums. For those seeking a pictorial history of Islamabad, the photo museum at Saidpur Village that chronicles the city through the ages. The Lok Virsa Museum depicts the culture of Pakistan; the Golra Sharif Heritage Museum tells the story of the country’s railways; the Pakistan Natural History Museum offers insight into the local flora and fauna; and the Pakistan Monument Museum houses wax figures that narrate the Pakistan Movement. 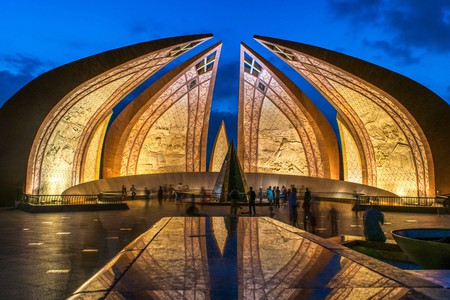 A well-constructed road winds around the Margalla Hills in Islamabad, leading to scenic places like Daman-e-Koh and Pir Sohawa. However, the more adventurous can scale any of the hills’ hiking trails to visit the spots on foot. Trails 1 and 2 take about two hours to reach the summit; Trail 3 is for those who wish to undertake a challenging hike; Trail 5 is the easiest, albeit the longest; and Trail 6 is the most recently discovered path to the summit. 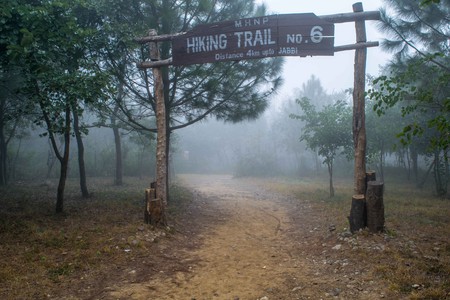 Islamabad offers most of the major cuisines in demand in the region. Continental, Chinese, American, English, Italian and Pakistani food are widely available. From high-end restaurants to tiny food stalls, the city has something for everyone and won’t let any visitors go hungry for lack of variety.

The Monal Restaurant deserves a special mention, both due to its extensive menu and ideal location. A 30-minute drive from central Islamabad up to Pir Sohawa in the Margalla Hills leads to Monal, where one can enjoy stunning views of the city while having a fulfilling meal. 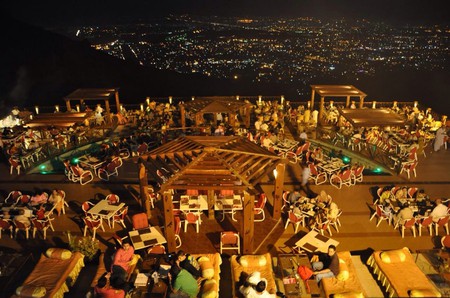 Whether you’re looking to splurge on luxurious local and foreign brands or are in search of cultural artifacts and handicrafts to take back home, you can find it all in Islamabad. Besides Centaurus Mall and Safa Gold Mall, you can find something to your liking in the various markets throughout the city. The F-6 Markaz and the picturesque Saidpur Village are particularly popular for quality souvenirs. 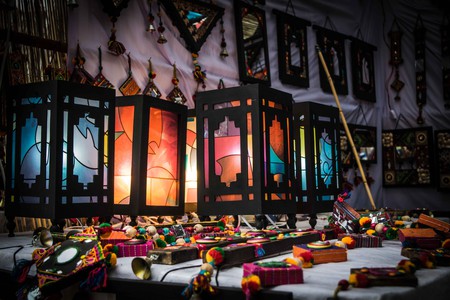 Islamabad was constructed in the 1960s according to a grid plan. The city’s sectors are organised systematically, with each sector possessing its own markaz, or commercial centre, set well apart from the residential areas. One does not have to rely on Google Maps or other navigation systems to find their way about, due to the well-placed signboards at almost every traffic intersection and the general methodical arrangement of all sectors.

The gardens and parks

The city – already interspersed with green belts and plentiful trees – is dotted with numerous parks and gardens open to the public. Among the more famous ones, the Fatima Jinnah Park covers an entire sector, while Shakarparian Park is where most of the ceremonial tree plantations take place. The relatively new Lakeview Park offers a pleasing view of the Rawal Lake, and is a favourite picnic spot. For those interested in flower gardens, the Rose and Jasmine Garden not only boasts over 250 different kinds of roses and jasmine but also hosts annual flower shows. 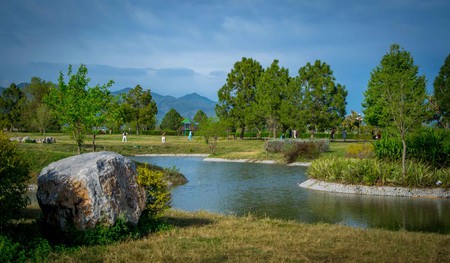 It’s a base for nearby destinations

Visitors intending to travel to the renowned northern areas of Pakistan almost always make a stopover in Islamabad to break their journey. Besides being the gateway to the splendid north, the city is close to historical sites such as Taxila, home to a number of erstwhile civilizations and believed to have one of the earliest universities in the world. The Gurdwara Panja Sahib, a sacred site for Sikhs, is located in Hasan Abdal, about 40km from Islamabad.

It’s host to all four seasons

Not all cities in Pakistan have the fortune of witnessing the transition of seasons, with summer and winter dominating most of the country the whole year round. Islamabad, on the other hand, is host to blazing summers, balmy springs, nippy autumns and chilly winters, along with a month or two of monsoon rains. Tourists usually plan their visit to the city in the milder seasons. 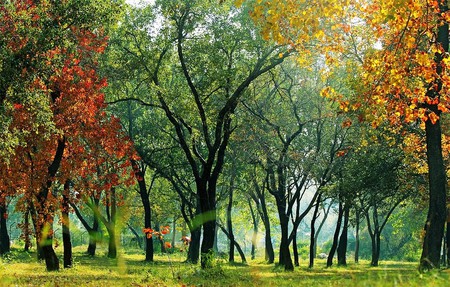 Sector G-5 in Islamabad is the Diplomatic Enclave, home to all the embassies and high commissions of countries with diplomatic ties with Pakistan. In case of any unforeseen problems, foreign tourists can seek guidance from their embassies.