10 Pakistani Photographers You Should Know About 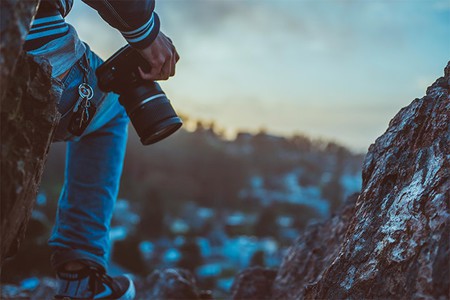 With a country and population that is so diverse, it’s not easy to run out of inspiration or material to photograph or create. But with the lack of infrastructure and support from the right institutions, along with the unstable political situation challenging most local creatives, photographers are perhaps the most affected. Despite this, not only have local photographers, especially photojournalists, stayed true to their calling, but they have also managed to rustle feathers by addressing important societal issues. Here is our list of the 10 Pakistani photographers you should know about.

One of Pakistan’s most talented and soulful photographers, young Mobeen Ansari has made quite a name for himself with his heartwarming works. Ansari has been selected by Hello! magazine in Pakistan’s Hot 100 List and his portrait of renowned politician, Imran Khan, has been published on the cover of Herald. Losing most of his hearing and sense of smell due to a meningitis attack as an infant, Mobeen was able to cultivate a keen eye and a sharp visual mind. The country’s most respected media publications have published his work along with many international magazines, like the National Geographic.

The brains behind the widely popular ‘Humans of Karachi’, Khaula Jamil is a woman with a camera and many dreams. A photojournalist and a filmmaker, Khaula’s work speaks of her love for the city of Karachi. She has also launched a jewellery line inspired by the city, called K for Karachi. Having worked with both local and international media groups, Khaula’s portfolio is worthy of appreciation.

One day I was walking in the alleys of Chandni Chowk looking for my grandfathers old house when a small door opened. I peeped inside and behold! What a sight! #tailors #india #2013 #ballimaran #delhi #chandnichowk

Falling in love with the beautiful terrain of Northern Pakistan, Faseeh decided to upgrade from his point and shoot to professional gear and took up photography as a career. Since then, he has worked for internationally recognized names like Reuters, The Discovery Channel, BBC, Newsweek and Bonne Bioche. In his mesmerizing photographs, he has captured the cultural and natural landscapes of Pakistan, Iran, Afghanistan, Poland and the UK.

One of the most sought-after names in fashion, power duo, Guddu Shani, have bagged many awards and accolades and sent forth some amazing visuals. Theirs is a massive portfolio of over 40,000 commercially printed images since they first started. Now, other than photography, they also run many other businesses providing services like marketing, branding, production and filmmaking. Their fearless experimental approach and creativity are evident in any picture they create.

One of the oldest names in the country, Khawar Riaz needs no introduction to those who know anything about Pakistan’s fashion Industry. His editorials and campaigns for all of the top designers are proof of his credentials.

It’s another dynamic duo that makes up the brand Ather Shahzad, which has been a prestigious name in the fashion, beauty and photography world. Makeup and styling for their photography are done by their own dedicated salons and studios and the industry itself has had many contributions from this duo over their vast experience.

Tapu Javeri is one of the most renowned fashion and art photographers in Pakistan, but creating stunning imagery is not his only talent. This creative artist is also a well-respected jewellery designer and a media personality. Javeri’s passion for photography goes back to the age of nine when his first photograph was published in Dawn Newspaper.

Known for his painting-like captures with magical lighting and editing, Mehlum Sadriwala has risen to be among Karachi’s best wedding photographers. His work has soft, ethereal touches of romantic aesthetic, which always succeeds in presenting the most beautiful of pictures to his many fans and followers on social media.

Tariq AK effortlessly captures the soul of a traditional Pakistani wedding and with that, he has managed to conquer the hearts of many. With a fan following of over 200,000 people on Facebook, he not only works on projects within the country but also works on destination wedding shoots, which speak for his finesse and talent.

You can't blame gravity for falling in love. – Albert Einstein I guess, It makes sense now as I have you in my life. The first sight I had of you is the reason I have fallen hard for you. Oh my darling,Oh my darling it's not gravity but it's you. I have fallen for you and the things you love. I have fallen in love with your favorite color, the taste of your morning coffee, the way your eyes shine with excitement.Honey, I have fallen in love with everything that has "you" in it. #tariqak #tariqakphotography #signature #portraits #weddingshoot #pakistanweddings #akstyle #weddingphotography #weddingphotographer #happilyeverafter #bridalphotos #themeweddingsandevents

To conclude this list without mentioning the excellent work of AJ Studio would be unfair for they have managed to portray wedding moments in the grandest and larger-than-life way. Their composition, angles and lighting are always on point, telling a wondrous story and inviting viewers to embrace the joyful wedding experience. No wonder they are so popular.