You Can Now Visit North Korea in Virtual Reality 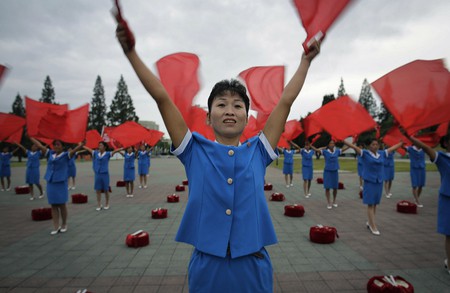 North Korea doesn’t rank highly in most people’s bucket list of destinations. But a new virtual reality project lets users explore the hermit kingdom without all the associated dangers.

North Korea VR is an interactive 360 video which lets users explore different locations in the country and experience everyday life for the people living there. The SceneThere platform, on which the project was built, allows viewers to choose how long they stay at each destination, so they can listen to talks or just watch the world go by from different spots.

The North Korea VR video is set entirely in Pyongyang, and features the Juche Tower, Mansu Hill, Kim Il-sung Square, and other attractions. Many of these places are seen in a different way than the majority of North Korea videos. Kim Il-sung Square, for example, is usually seen with formations of soldiers and tanks in it, but in the immersive video there are commuters walking across the square and children playing.

Marcus Olsson, the CEO of SceneThere, was invited to North Korea to talk about startups and entrepreneurship, and decided to take his 360-camera. The whole visit was arranged by the non-profit organization Choson Exchange, and the narration was by Andray Abrahamian, a North Korea expert.

The video doesn’t show many elements of life in North Korea, however. The country has an appalling human rights record and operated prison camps where opponents of the government are sent to be tortured and killed. The country also has no religious or press freedom.