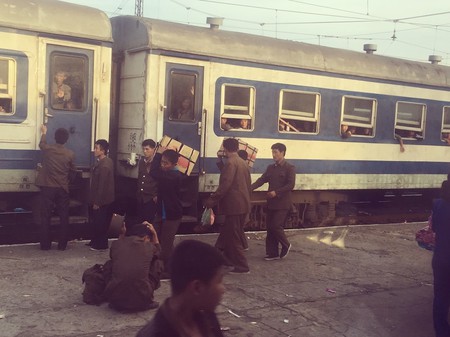 All aboard | © and courtesy Simon Cockerell

North Korea has opened its national rail service to foreign travellers, creating the longest train route in the world, between Pyongyang and Moscow. Culture Trip speaks to Simon Cockerell of DPRK tour specialist Koryo Group about its significance.

The North Korean leg of the Pyongyang-Moscow train route takes about 36 hours, so travellers can spend a day-and-a-half observing an area of the country that very few people on the planet have ever seen. Chugging from the capital to the north-eastern city of Tumangang before crossing into Russia, those aboard have an opportunity to glimpse a landscape that has intrigued the world for decades. 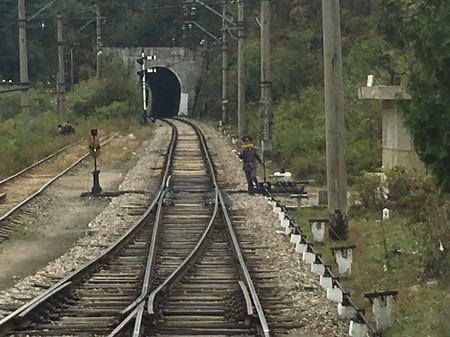 The tracks | © and courtesy Simon Cockerell

One of the main people who pushed for the train line to be open to non-nationals is 40-year-old Simon Cockerell, who first visited North Korea in 2002 and has since been to the country 170 times. He wants would-be passengers to know that although the scope of where they can go in the country is limited, visitors are actually seeing the real deal in the places where they are allowed. “There’s an idea that the country is some type of ‘Truman Show’, but that’s ridiculous. It’s just people living their lives. Nothing is staged for tourists. It’s not a place full of robots attempting to fool foreigners.”

Cockerell hopes that with time, now that the train is finally open to tourists, the cities and towns along the way will be visitable as well. “I would love to see people have a lot more access, but I’m realistic about it,” he explains. “I hope that in a few years tourists will be free to wander around Pyongyang by themselves. I hope that one day the country’s high-level officials will not be so wary of foreigners. But things do move very slowly here. It will take time.” 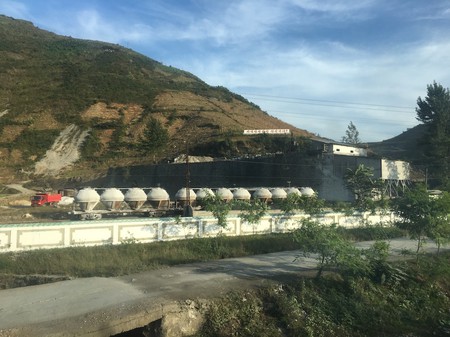 Looking out on to North Korea | © and courtesy Simon Cockerell

Cockerell worked tirelessly to help open the railroad to foreigners. “We sent a lot of letters and bothered a lot of people for years,” he tells Culture Trip. “The system there works like a ladder, so you can only speak to the people directly above you. The default decision is always ‘no’, but after much effort and giving many headaches to those above us, we’re now able to use that train.”

Although the bimonthly train makes multiple stops on its way from Pyongyang to Tumangang, where the borders of North Korea, China and Russia meet, foreigners aren’t allowed to disembark until they reach Tumangang. Cockerell says officials occasionally allow passengers to “stretch their legs” in some of the stations, but otherwise tourists are more or less stuck on board throughout the journey. 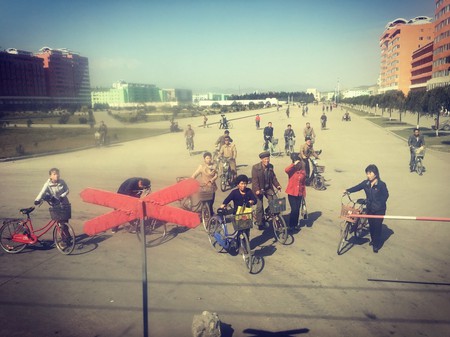 The trip costs the equivalent of £285 to £817 depending on how you purchase the ticket and whether you are in first or second class. The train has no dining car, but staff deliver hot water so passengers can drink tea and prepare any food they’ve brought with them. As with the the rest of country, foreigners who are not travelling with a state-recognised tour operator will not be granted the visas necessary to make the trip.

Ayesha Sitara, a writer for the South China Morning Post, took the train’s inaugural ride in March. She describes the carriage reserved for foreigners and North Koreans going abroad as containing “six four-bed cabins comfortably kitted out with fresh linen and a fixed table”. Contrarily, when she was able to peer into the local accommodation during one of the aforementioned station stretching sessions, she found “neglected seating under watchful portraits of their [the locals] dearest leaders: Kim Il-sung and Kim Jong-il”. 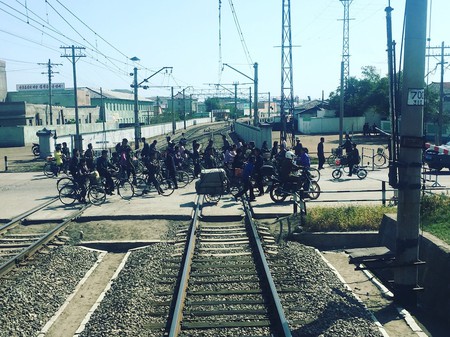 To Cockerell, the more opportunity for cross-cultural exchange between North Korea and the rest of the world, the better. He believes more openness to foreigners will help combat stereotypes and make a positive impact on both sides.

“Our view of North Korea is not positive and North Koreans’ view of the outside world is horrifically negative. It’s important to try to fight that negative that their government gives them – we must present an alternative face for that. We may think of them as robots, but their media tells them to think of us as literal devils. Let’s try to show even a small number of these people that that’s not true.”