The Evolution of Beauty in North Korea 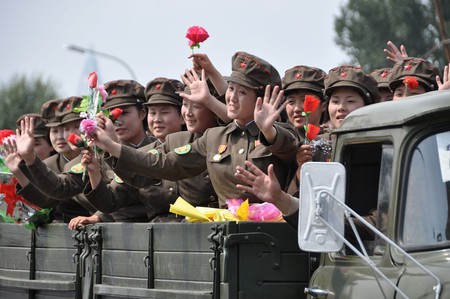 Due to their homeland’s closed-off nature, the women of North Korea may not be entirely tuned in to the latest makeup trends and clothing brands sweeping the globe. But that doesn’t make them any less interested in cosmetics and fashion. In fact, shifting aesthetic preferences and a label-loving first lady, among other factors, are helping to change the North Korean definition of beauty altogether.

Beauty, as defined by politics

Since the end of World War II, and the subsequent division of the Korean peninsula, the nations of North and South Korea have diverged not only in terms of politics and economics, but also in their preferences for pop culture and fashion styles.

The South, for example, has since the Korean War generally followed the beauty trends popular in capitalist economic powers like the US and Japan, adopting bouffants in the 1960s, flashy makeup in the ’80s, and Kardashian-worthy contours today.

In contrast, female beauty standards in North Korea have been defined by communist ideology, focusing less on products and more on a woman’s contributions to society. Propaganda images have for years presented beauty in the form of hard-working women, toiling away happily in the fields.

The natural and nationalistic North Korean beauty aesthetic is well documented by photo-journalist Mihaela Noroc, who illustrates beauty standards around the world in her book of portraits, The Atlas Of Beauty.

Noroc’s images, which were captured during her 2015 visit to various locations throughout North Korea, reveal women sporting high heels and classic apparel. Another common fashion accessory among women is that of a pin worn on the chest to represent one of the country’s leaders. Hanbok, or traditional Korean dress, is a popular fashion choice among the masses during special occasions and is also worn daily by women in the public eye, such as news anchors and political wives.

A fashion icon is born

But even in North Korea, where time seemingly stands still, fashion and beauty trends are evolving, more so today than ever before.

Many of these changes can be attributed to Ri Sol-ju, the wife of North Korean totalitarian leader Kim Jong-un. Whereas the nation’s previous first ladies were rarely seen in the media, Ri has been thrust into the limelight over the past few years, and her unconventional fashion choices have often been a point of discussion. 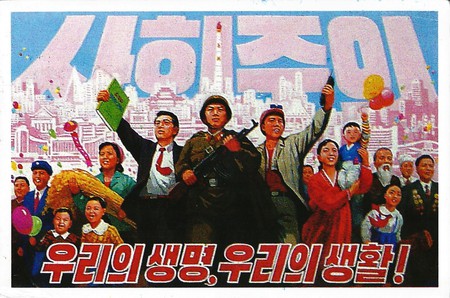 The former singer and supposed mother of three began appearing in the media in 2012 – three years after her marriage to Kim, according to South Korean intelligence reports. Forgoing hanbok and traditional monochromatic outfits, Ri has been spotted donning bright, modish dresses and eye-catching accessories instead.

At the opening ceremony of the Rungna People’s Pleasure Ground, an amusement park in Pyongyang, Ri was photographed wearing a sparkling brooch on her dress in place of the conventional Kim Il-sung and Kim Jong-il portrait lapel badge, much to the surprise of onlookers. She’s also known to have an affection for luxury labels such as Chanel, Tiffany, and Dior.

Ri’s preferences for Western-style fashion, which in the past had been deemed the guise of “the corrupted capitalist bourgeoisie,” has opened the eyes of North Korean women to an entirely new world of glamour. So much so that markets across the country have begun selling fake designer clothing inspired by Ri’s look, creating a frenzy among the women who can afford it.

North Korean makeup trends are changing, too, according to actress and North Korean defector Kim Ah-ra, who earlier this year was featured in a North Korean-style makeup tutorial on YouTube alongside South Korean beauty vlogger Min Sae-rom.

Humanity goes beyond countries or politics. In North Korea I met amazing warm-hearted women and although they live in a totally different world I felt a strong connection with them. Now I'm in Cape Town, South Africa. #TheAtlasOfBeauty #NorthKorea #aroundtheworld

Kim, who defected to the South in 2009 and has worked in entertainment since 2011, explained that today’s North Korean female beauty standard is comprised of a round, full-moon face and snow-white skin – an aesthetic that was popular in South Korea in the 1950s.

“North Korea tends to follow fads that have already passed in the South,” she stated as she demonstrated how to apply pale powder and highlighter to achieve a lighter complexion, using a photo of first lady Ri as a reference.

Still, Kim noted that North Korean women are open to experimentation, and are often inspired by popular music groups. “People did not favor the smoky look in the past,” she said, “but these days, many are applying fake eyelashes and going for a stronger (eye) look.”

Perhaps this increasing openness, along with a growing interest in the fashions and trends of the outside world, could potentially transform the political and economic environments of North Korea altogether, when for so long it has been the other way around.