North Korea’s Long Journey Towards Connecting to the World 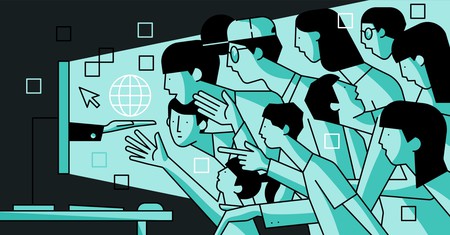 North Korea’s recent peace talks have increased chances of the country becoming less insular. How likely is it that its citizens will become more connected to the world?

When North Korean leader Kim Jong-un and South Korean President Moon Jae-in met for peace talks in April this year, it’s been reported that Moon handed his neighbor to the north a USB stick, containing plans to connect the two countries via a high speed rail line.

Although rail connections could provide greater physical access to North Korea, there is still one gaping disconnect between the country and the world: the internet.

North Korean society is organized in a strict caste system, and only certain people are allowed access to technology such as the internet. “It’s not that everyone in the top tier of society has access to the internet, it’s only the people who the regime feels really need it,” says Professor Charles K. Armstrong, The Korea Foundation Professor of Korean Studies in the Social Sciences at Columbia University. “[It’s for] the people in foreign affairs, the people in business and to some extent people in education. As far as I understand there are no private email accounts, these are all group accounts.”

Armstrong believes greater access to the internet in the country is a necessity, should the country’s ruling powers hold a genuine desire to connect to the rest of the world. “If the North Korean regime is serious about modernizing the economy then they have to give people access to the internet. What they’re hoping to do is control access as much as possible, and China is an example they see as having success there,” he says. “Even an internet as regulated as China’s would be far, far more open than what North Korea has now, so they have a long way to go. But it’s just not feasible to grow the economy unless there’s much greater access to the internet.” 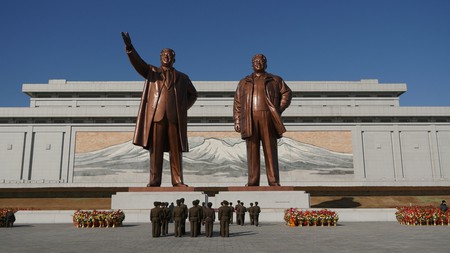 It’s common for North Koreans who need access to the internet to be sent to work out of China. Tourism is dealt with through China, and Kim’s infamous hackers are also said to be situated across the border to the North. In 2013, North Korea was accused of launching a cyber attack on the South Korean banking and broadcast systems. Although nothing was ultimately proven, the hack originated in China, where Kim’s “cyber warriors” are said to be situated, and came at a time of heightened tension between the two nations. “In many respects China is North Korea’s window to the world,” says Armstrong.

During North Korea’s prolonged disconnect from the rest of the world, the country has engaged in verbal skirmishes and posturing with several other countries, most notably the U.S. and South Korea. Prior to recent peace talks, Kim embarked on a nuclear weapons testing program, and the move towards harmony coincided with the destruction of a nuclear testing facility, reportedly due to a catastrophic and accidental explosion. Meanwhile, the Kim regime has been accused of horrific human rights abuses on its own citizens. According to the Human Rights Watch, citizens accused of political crimes are sent to prison camps known as kwanliso, which are operated by North Korea’s National Security Agency and where prisoners are reportedly routinely subjected to systematic abuses and public executions. The UN estimates that between 80,000 to 120,000 people are currently imprisoned in the political prison camps.

Because of all this, the country has been subjected to heavy international sanctions which have had a profound effect on its economy and population.

Some believe that these sanctions are the only reason North Korea has begun to seek peace, and its attempts to reconcile with its enemies are only a temporary tactic. “We have two decades of evidence that the Kim dictatorship exploits talks—ranging from the Sunshine Policy to the Six-Party Talks—to strengthen and cement its rule,” says Alex Gladstein, Chief Strategy Officer at the Human Rights Foundation. “Sometimes, like in the case of the Sunshine Policy, these talks can even rescue and bail out the regime when it’s at a moment of internal weakness.”

“It’s important to have a historical perspective and realize that the Kim regime is manipulating the outside world through these talks, as a means to survive and keep its brutal rule going,” he says. “Once you can understand that—and if you also realize that an external war would be the worst possible option, given the loss of life as well as the fact that a foreign attack would rally the North Korean people back to the Kim family—then there is only one option left. There is a third way, and that’s to flood North Korea with information.”

But getting information into North Korea is both illegal and dangerous. Anyone accused of watching or selling South Korean films, for example, can be put in detention facilities known as kyohwaso, that act as correction, reeducation centers, the Human Rights Watch 2017 World Report states. A former citizen of North Korea, who defected from the country with his family following a disastrous famine in the 1990s and now lives in the U.S., told Culture Trip there was no connection with the outside world at all before he left, but there has since been improvement. There are still limited means for North Koreans to get information from outside of the country.

“There are two ways, one source is smugglers,” says the defector, who asked not to be named in this article. “When North Koreans go to China or Chinese go to North Korea for business, they sneak in DVDs and then they are copied and circulated in the market. That’s one way for North Korea to get the information.” 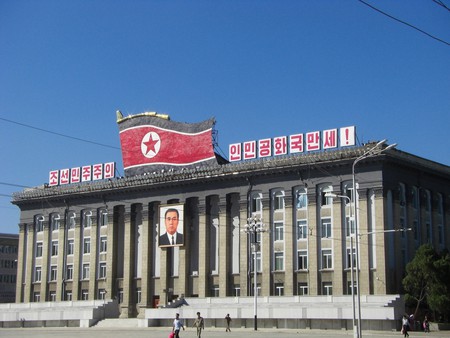 Access to technology in North Korea is limited | © Pixabay

One area where the country may be becoming more accessible is through tourism. Kim Jong-un’s rule has been marked by the same acts of aggression witnessed during his father and grandfather’s rules, but the country has been more welcoming to outsiders than during the reigns of his ancestors.

“Kim Jong-un is really very different from his father and grandfather in that he’s been promoting tourism and seeing this as something positive for his country,” says Armstrong. “He’s put a fair amount of investment into this, particularly in the mountains in the eastern part of North Korea.”

Among these investments is a state-of-the-art ski resort near the city of Wonsan, which Kim wants to become a gateway for tourism in North Korea. Currently all visits from foreigners involve guided tours which are heavily monitored by the government, reminiscent of China during the 1970s when it first began to welcome tourists.

But even if the country is opened to tourists, it’s neighbors may not be welcome. The vast majority of tourism in North Korea comes from China, but the biggest demand would be from South Korea. “The North is very cautious about opening its borders to South Koreans, but that’s also where initially the most attraction will be,” says Armstrong.

This week the prospect of continued talks between North Korea, South Korea and the U.S. was cast into doubt as the North became outraged at military drills taking place on its border.

“I’m still suspicious regarding the talks. It’s obvious that the U.S. and South Korea are willing to talk to the North, but on the other hand North Korea… it totally depends on their decision. So the talks may not happen,” says the North Korean defector. “If the talks happen, I believe that there will be some positive conclusions, but I don’t trust North Korea.”

Whether through rail, internet or tourism, North Korea is being urged by all to connect to the rest of the world. As the chances of peace and cooperation change each day, it cannot yet be predicted if the country will become more accessible any time soon.