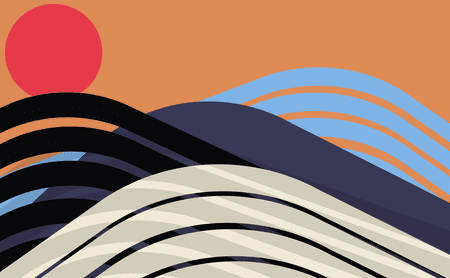 While surfing automatically conjures up images of camper vans parking up at pristine beaches, rolling waves and year-long Californian sunshine, there’s an unlikely location currently aiming to take a seat at the surfing’s top table. This isn’t Hawaii, Biarritz, Bali, or any number of Sydney’s beaches, it’s North Korea.

The relative privacy and insular nature of the Democratic People’s Republic of Korea (DPRK) lends itself to rumors and conspiracy theories, but the reality can be somewhat different. There are examples of its tourism industry and attraction that suggest otherwise. In April, 2,000 runners took to the streets to run the Pyongyang Marathon and nearly half of those participating were foreigners.

Shane Horan, who ran in the Pyongyang Marathon this year said: “It’s not a country of mindless brainwashed followers. It’s a living, breathing, emotional land full of people with hopes and dreams just like you and me.” 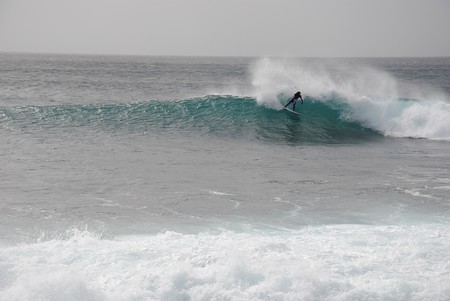 Surfing, it appears, is experiencing a similar transition. Surf North Korea openly promotes surfing culture on their website, inviting tourists to sample their waves with the strap line “The Democratic People’s Republic of Korea is now open to all surfers!” Set up by Andrea Lee and Nicola Zanella, the pair organize surf packages and offer lessons along the miles and miles of deserted, untapped beautiful beaches — a far cry from the packed waves of popular surf spots around the world, with every surfer worth their salt trying to catch the same wave. The DPRK has long coastlines on both its west and east flanks, with the west facing the Yellow Sea and the east up against the Sea of Japan.

The similarity between surfing and the marathon is no coincidence. Lee told the BBC, shortly after setting up Surf North Korea, “We are always looking to diversify our tour offerings to give travelers unique ways to experience North Korea. We are also big proponents of sports tourism; our past tours included skiing and running in the Pyongyang Marathon and that allowed our tourists the greatest interaction with locals.”

The caveat to this scheme is the fact that Surf North Korea was set up and run by non North Koreans (although Lee is Korean-American). It does, however, employ local surfers within the team. In addition to the organization, the country’s tourism website also promotes surfing as an attraction.

With Lee and Zanella setting up more than two years ago, the idea of the DPRK as a surf destination isn’t necessarily new, but a quick glance through online sources shows there are very few options aside from their own surf school.

A recently launched site which has an incredibly similar tone to the aforementioned website above, encourages people to “check out beaches on the east coast, including the Majon Bathing Beach, where ‘surfing has come into vogue among tourists’ for its favorable conditions and clean water.”

Through this site you can’t actually book anything however, but it does point readers in the direction of … Surf North Korea. Clearly there is a concerted effort to promote surfing and harvest a culture, but without greater numbers it will struggle. In other more accessible locations around the world surfers can simply rock up and give it a go. While the DPRK may not be the monstrous villain some may claim, popping off there for a holiday, surfboard in tow, remains testing.

Is visiting one of the most isolated and autocratic states in the world for a good surfing trip worth the potential risks? While the United States warns its citizens not to travel to the DPRK, Britain doesn’t. The Foreign and Commonwealth Office does advise to travel there as part of an organized tour or group, and to follow their advice and instructions throughout, but it doesn’t actively discourage potential tourists and ask them to avoid it.

The obvious attraction, and something that is clearly not restricted to surfing alone, is the allure of the mysterious. Whether it’s hikers in search of a new mountain, skaters looking for new bowls or skiers in search of fresh snow, the empty waves waiting to be ridden will be a huge pull to large parts of the surfing community. Much will depend on how good the surf actually is in North Korea, and whether the logistical hassle (assuming it exists) in getting there and staying there is worth it.