North Korea is infamous for its despotic rulers, fierce oppression and brinkmanship with international rivals. This infamy obscures the rich cultural heritage which still exists in the DPRK. Four of the sites below are on the tentative UNESCO World Heritage List, whilst one has already attained the status of World Heritage site, suggesting that there is more to North Korea than its pariah status would suggest. 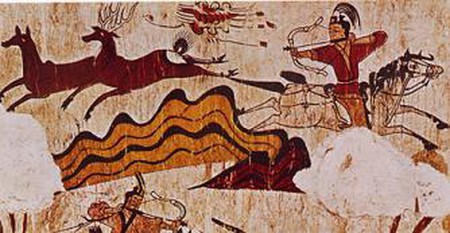 The only site in North Korea to have attained World Heritage status, the Koguryo Tombs offer a fascinating insight into the culture and history of the Koguryo Kingdom, which existed in the Korean peninsula and North West China from the third century BC to the seventh century AD. The site, which is also known as the Goguryeo Tombs, is made up of 30 individual tombs, many of which are adorned with ornate murals. These have mainly retained their elaborate color scheme and depict the daily life of people within the Koguryo Kingdom and their pantheistic objects of worship. The tombs were designated a World Heritage site in 2004, but were mired in controversy as China attempted to claim them as their own, leading to a cultural dispute with the DPRK. The site does stretch across the Chinese border, but UNESCO has recognized its links with Korean cultural traditions, and its location in the DPRK. 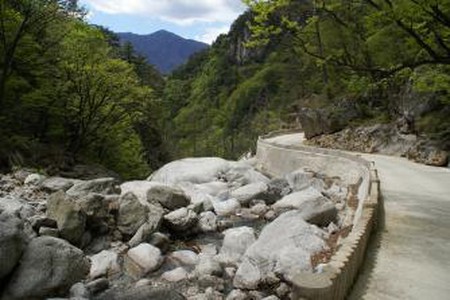 Known as the Mysterious Fragrant Mountain, Myohyangsan has been given the status of tentative World Heritage Site. It is famous for its combination of religious and cultural centers, as the mountain is home to over 20 temples and a rich ecological system which has seen it ordained as a worldwide biosphere reserve by UNESCO. The mountain is 2000 meters above sea level and is surrounded by breathtaking cliffs and ridges. It is also home to a wide variety of endangered plants and animal species. The cultural significance of the mountain for the Korean people matches its environmental importance. According to folklore it was the home of King Tangun, the founder of the Korean kingdom of Gojoseon, and the father of the Korean people. The mountain is also home to several monuments to more recent North Korean leaders. The International Friendship Exhibition holds an exhibition of gifts to Kim Il-Sung and Kim Jong-Il. 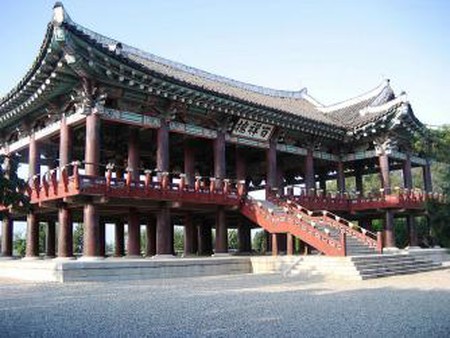 The capital of North Korea is a monument to the decades of dictatorial rule the country has endured, and much of the city was built in the Socialist style typical of Eastern Europe and Russia. Meanwhile the 105 story pyramid of the Ryugyong Hotel dominates the skyline. Despite this utilitarian Socialist architecture, the city retains many historical sites and monuments which have seen it submitted for consideration as a UNESCO World Heritage site. The city was the capital of ancient Korea for several centuries during the time of the Taedonggang Civilization and remained a center of culture and industry during the Koryo Dynasty. The sites and relics in the city thus range from Palaeolithic cave sites to an array of castles such as the Hwangdae Castle, Chongamdong Earthen Castle and Anju Paeksang Pavilion. These are combined with more controversial monuments such as the Mausoleum of Tangun, built on what is claimed to be the burial site of Tangun, founder of Korea, and the many statues and memorials to Kim Jong-Il and Kim Il-Sung. 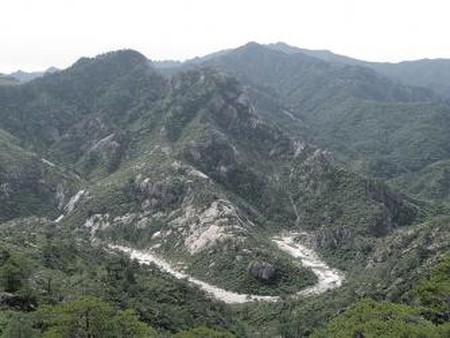 Known as the Diamond Mountain, Mt. Kumgang is the second tallest mountain in Korea and is home to an array of Buddhist statues and temples. These temples include the Pyohon Temple, which was established in 670 AD. The area surrounding the mountain is populated with dramatic cliffs and peaks, sheltering beautiful lakes, rivers and springs, and is also home to a variety of waterfalls, the largest of which is the Kuryong Falls. This assortment of natural and cultural beauty makes Kumgang one of the popular tourism destinations in the North, although travelling alone is not permitted and the restrictions on movement are severe. As with the Kaesong Industrial Complex, the mountain was designated a special administrative zone and South Koreans were allowed to visit. They did so in droves and the area was the setting for poignant reunions between families split apart by the Korean conflict. Unfortunately this cooperation has now ended after a South Korean woman was shot by a North Korean guard for apparently straying away from the designated route. Attempts to restart the cooperative process have not come to fruition. 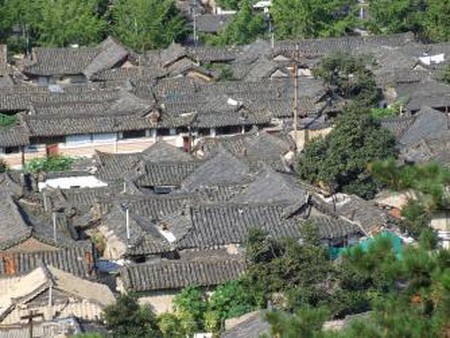 Architectural Relics of Koryo in Kaesong

The historical relics of Kaesong are evidence of the variable state of Korean identity and unity over the centuries. Kaesong was the location of Koryo, which was the first unified nation on the Korean peninsula and the origin of a unified Korean identity, which unfortunately is now divided. Koryo, also known as Goryeo, was founded in 918 AD by Emperor Taejo, before expanding to encompass the whole peninsula. Many of the cultural traditions which are now identified as Korean were established at Koryo, and the name Korea was taken from the Kingdom of Koryo. The site of the ancient city retains many relics and artifacts and the fort walls and royal tombs are particularly impressive. Kaesong is now more famous for the Kaesong Industrial Region which was built there in the spirit of North and South cooperation, and was staffed by workers from both Koreas. The site has since become a symbol of both potential Korean unity and cooperation, and persistent conflict, as it regularly becomes mired in the brinkmanship which defines international relations in the region.