Bandi's 'The Accusation', Smuggled out of North Korea, Is a Victory for World Literature 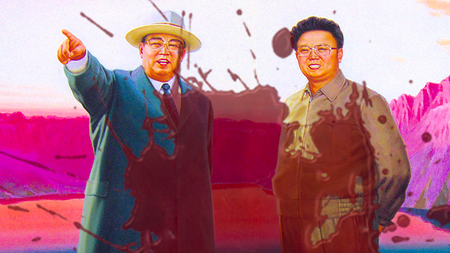 The seven stories and compelling biographical afterword collected here depict the struggles of North Koreans living under the fist of Kim Il-sung.

The canon of the 20th century is marked by writers who were sent off to prison or exiled, who were savagely beaten or tortured, or who were executed for their words. Literature is made richer by the risks writers have taken to get their work past censorship and into sympathetic hands—risks that are still very much a reality in many parts of the world. PEN International tracks hundreds of persecuted writers around the world each year, tirelessly documenting the status of their cases, and promoting awareness and advocacy with international campaigns, including a Day of the Imprisoned Writer.

And yet it’s because of the risks involved that we know about the cruelties of the Gulag, or of life in the prisons of the Khmer Rouge, or of the persecutions of Cuban revolutionaries. Add to this dissident literary canon The Accusation—a collection of seven stories set in North Korea during the twilight rule of Kim il-sung (the grandfather of Kim Jong-un), and the “Arduous March,” a period of famine that followed his passing. While there are North Korean writers who, after defecting to the South, have contributed scathing words about life in the North, the publication of The Accusation, written by the pseudonymous Bandi (meaning “firefly”) is the first work by a writer still living in the Hermit Kingdom to be smuggled out for international publication.

Rendered in English by the preeminent translator of Korean literature Deborah Smith, The Accusation is revelatory in its unveiling of North Korean society. As a single-party totalitarian state, privilege is granted only to its members, whereas low social standing is only a step away from penance. The characters who inhabit The Accusation, based in large part on the experiences of real people, all fall victim to the ideologies of the Party, and the nuance of their penitential woes and belated disillusionment can be sobering to read. As South Korean writer Kim Seong-dong writes in his afterword:

“Bandi took upon himself the role of a spokesperson denouncing the misery inflicted on the North Korean people by North Korean-style socialism, a system riddled with internal contradictions…one by one, he collected instances in which citizens were forced to swallow this painful reality, without being able to breathe a word of complaint.”

We learn rather quickly just how easy it is to cross and be disciplined by the Party. Curtains the wrong color? That’s a charge. Flood ruins the Party’s crops? Blame the impoverished farmer. Misdemeanors even trickle down to private family matters: one character is imprisoned for traveling without a mandatory pass to visit a sick mother; a husband, wife, and child are banished from Pyongyang when the mother of her epileptic two-year-old puts his needs before the veneration of the Great Leader. 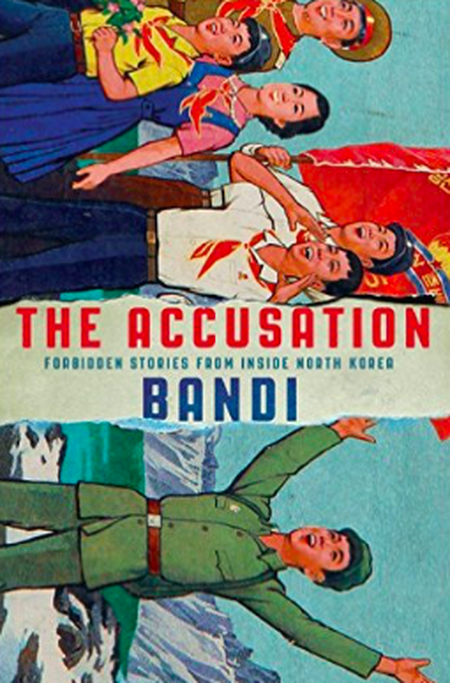 The full absurdity of Kim Il-sung himself is not lost on Bandi, who manages to slip in a few digs at the former dictator. In one story, a woman fed up with waiting 32 hours for her train, leaves the station and walks along an empty stretch of highway toward her destination when, ridiculously, who should appear on the road but Kim Il-sung’s motorcade. It stops before the frightened woman, and in the preposterous encounter that ensues, she is able to glimpse the Great Leader’s more earthly features such as “a bulging paunch that bent his arms in the shape of a Cyrillic Ф” and the malleability of the country to bend to his will:

“Only now was Mrs. Oh able to grasp just what kind of Class One event could shut down both the road and rail. Kim Il-sung was traveling along a route where both options were possible, so they took the train when that was most convenient, then switched to the car whenever there was an opportunity to enjoy the coastal scenery.”

The Accusation provides a real-life analogue to 1984, down to brazen examples of Newspeak and Forever War employed by the Party, but this extreme authoritarianism also plays to Bandi’s talent as a writer. He is a keen observer of how North Koreans suffer, and like a sleeper aware of his own nightmare, commands an uncanny ability to frame the ludicrous situations that fester under its rule with arresting solemnity.

According to Kim Seong-dong’s afterword (which is as gripping as Bandi’s own stories), Bandi is a state-sanctioned writer, a member of the Chosun Literature and Art General League which, along with every other art institution on North Korea, is overseen by the Party’s Department of Propaganda and Agitation. They are the institution responsible for sanctioning literary publications and the writers who are allowed to publish in them. (Surprisingly, along with the mainstay hammer and sickle, the emblem of the Worker’s Party is bisected by a calligraphy brush to symbolize “intellectualism.”) While talent is but one criterion it takes to be a North Korean writer, apparently Bandi was among its very best and became a regular contributor to these Party-approved periodicals, while privately honing his craft of chronicling the people who have suffered under the Kims.

Movements to smuggle The Accusation began when a relative of Bandi’s confided her plans to defect and, in return, he confessed to her his secret manuscript; it ended many months later when it was ferried back to Seoul by a messenger—entrusted by his relative and Do Hee-yun, a representative for a North Korean refugee advocacy group—who nestled it between The Selected Works of Kim il-Sung and The Legacy of Works by Kim Jong-il. As the publication of The Accusation spreads like wildfire into numerous languages, an increasing number of voices are calling for Bandi to receive the Nobel. In 2015, however, Do Hee-Yun claimed not to have heard from Bandi in months and feared his arrest and possible execution, yet more recently publications have cited Bandi as alive. I choose to believe that he has not been found out, and that while Bandi may have risked his life to publish this astounding contribution to literature, he has not ultimately had to pay for it.