12 Documentaries About The World's Strictest Regimes

Most people know general information about some of the world’s strictest regimes, but if you look further, the truth can be quite astonishing. Here are 12 documentaries which shed light on this phenomenon. 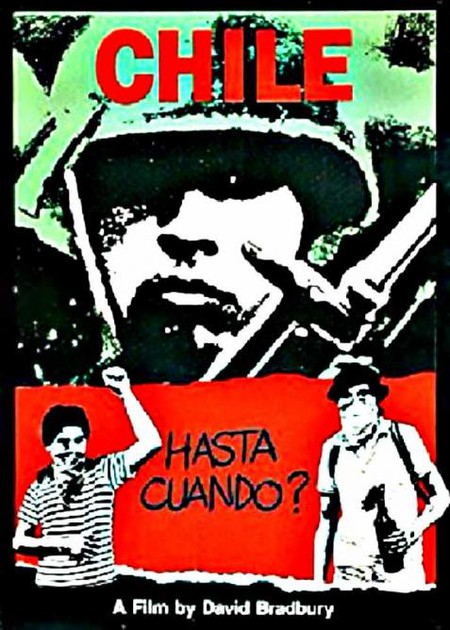 Nearly 50 years after the mass killings of 1965-66 in Indonesia, Joshua Oppenheimer and his two co-directors made the multi-award winning The Act of Killing. Oppenheimer has posited that both the United Kingdom and United States have collective responsibility for both participating in and ignoring these crimes. It comes as quite a shock that around one million people were killed by unrepentant death squads while the West turned a blind eye. Produced by Errol Morris, Werner Herzog, and André Singer, The Act of Killing and its follow-up, The Look of Silence, are essential viewing.

The government isn’t the only body that can exert control over a population. Mexico has gained notoriety for many years as a hotbed of cartel activity. Taking an on-the-ground look at the journeys of two contemporary vigilante groups as they fight against the common enemy of the drug cartels, Cartel Land gives unprecedented access to the violence and terror that the cartels strike across the region. The film gives a chilling look at how the cartels bring their own form of justice to a society where the traditional institutions have failed.

Chile: Hasta Cuando? – or Chile: When Will It End – is Australian filmmaker David Bradbury‘s seminal work on Augusto Pinochet’s brutal regime, particularly charting the years between 1973 and 1985. The documentary crew spent three months in Chile whilst filming. During this time they uncovered the vast divides within the country, the intimidation and fear that affects the majority of the population, and the country’s political unrest. Indiscriminate arrests, disappearances and murders are shown to be part of everyday life. It is a harrowing portrait of a right-wing dictatorship and a country that is still trying to rebuild itself some 30 years after the film’s release.

A quartet of short films which were initially made to give the filmmakers an opportunity to hone and develop their craft. Congo In Four Acts shows four different facets of the disturbing reality of everyday life in the Democratic Republic of Congo, a country which has been plagued with violence and divides for many decades. The films deal with squalid hospitals, poverty, neglect, the country’s crumbling infrastructure, rape, abuse and the environment. The films present hard-hitting tales of everyday life in a country where the government has all but left its population to fester.

Comprised of smuggled footage and uncensored interviews, Dangerous Acts Starring The Unstable Elements of Belarusgives the audience a front row seat to the resistance movement in Belarus as it unfolds both on stage, as it is performed by members of the Belarus Free Theatre, and on the streets. The film picks up in 2010 when the KGB is still cracking down on dissenters. Members of the theatre are tasked with the decision to either face repression at home or be exiled to the US or UK.

Dear Pyongyang is Japanese filmmaker Yong-hi Yang’s attempt to shed some light on the famously secretive North Korean state. The film tells the story of a father who sends three of his sons to live permanently in North Korea while the rest of the family remain in their home in Japan. This autobiographical documentary is told from the daughter’s perspective, exploring how the separation from the family has affected her brothers’ lives as she struggles to understand her father’s actions and political loyalties. An incredibly personal look at the societal impact of the North Korean regime.

The late Libyan leader ruled his country with an iron fist, and his regime was arguably one of the most unforgiving of the modern world. He exercised absolute power, but as his regime was underpinned by an oil revenue of $4 billion each month, his relations with the west were not as vitriolic as they could have been. Mad Dog: Gadaffi’s Secret Worldpaints a greater picture of Muammar Gaddafi, with the film’s interviews coming from those who served directly under him. A multifaceted examination of this cruel, though charismatic, leader. 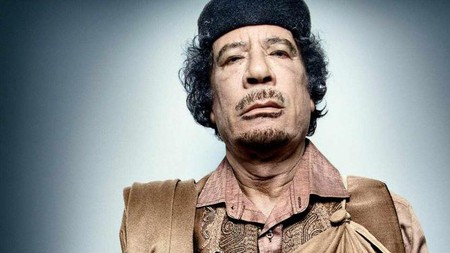 The stories of the everyday are often the most touching. This three-part opus offers a series of intimate portraits of several people living in modern day Iraq, a country which has been long defined by military and political tension. Iraq In Fragments’ title is apt, as it tells fragmented stories from a fragmented country. The film follows a fatherless 11-year-old, the players and events surrounding elections, and a family of Kurdish farmers who welcome the freedom that US occupation brings. A beautifully shot film which gives a glimpse of the tumultuous lives of the Sunnis, Shi’ites and Kurds.

First-hand video accounts of life in Syria during its long drawn out civil war make up Silvered Water, Syria Self-Portrait. It is a rare and thought provoking film, with footage having come from a reported 1001 sources to give an unparalleled glimpse into the country as it becomes destroyed. Much of the footage comes from the besieged city of Homs, with incredible acts of violence played out on a daily basis. The film is both a fine example of reportage and of self-reflective filmmaking, as one of the directors comes to terms with witnessing these atrocities from afar and in comparative safety.

Jehane Noujaim’s Oscar-nominated masterwork is an immersive film which follows a group of Egyptian revolutionaries during the ongoing Egyptian revolution of 2011. The Square transports the viewer far deeper into the lives of the Egyptian people far greater than any news article could ever attempt. It is an inspirational story about how these revolutionaries are trying to change society’s conscience and stand up against the government that had for so long repressed its people. Partially bankrolled by Netflix, this is also one of the most well-produced documentaries of the past five years.

Trinh T. Minh-Ha is one of the most respected filmmakers of documentaries, with her extensive catalogue of films delving deep into the many facets of the human psyche. One of her most famous and renowned films, Surname Viet Given Name Namevolves around questions surrounding Vietnam’s identity, popular memory and culture. It focuses on aspects of the realities of life of the war-torn country as seen through the eyes and history of women who were in the resistance movement. A challenging film which raises questions about the effect of politics and the politics of documenting and interviewing.

They Call It Myanmar: Lifting the Curtain (2012)

Shot clandestinely by the filmmakers over a two year period, They Call It Myanmar: Lifting The Curtaindoes, indeed, begin to lift the curtain of the world’s second most isolated country. Best-selling novelist and filmmaker Robert H. Lieberman gives an intimate, though secretive, look at the lives of more than 100 people throughout Burma. The vast majority of the population have lived under the iron grip of the brutal military regime for their whole lives, and as the regime has run for 48 years, few would remember a life before it. They Call It Myanmar showcases the beauty of the country and how this is negated through terror and fear.