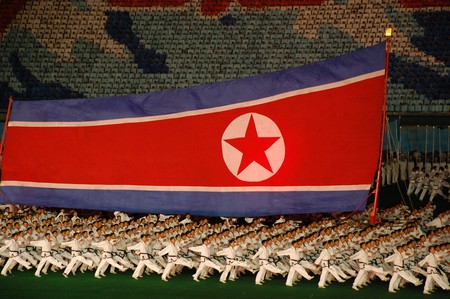 An Opening Ceremony of the Mass Games | © stephan/Flickr

North Korea has been described as the most secretive and oppressive country in the modern world. Finding pieces of writing by North Korean writers is difficult, as almost nothing can come out of the country because of its strict dictatorship. However, some breathtaking stories have emerged from authors who escaped the terror of their homeland as they sought refuge, peace, and life. These novels are a reminder of the resilience of the human spirit.

After the starvation of her father and grandparents, Eunsun Kim, on the brink of starvation herself, began plans to escape North Korea with her mother and sister. This was a harrowing adventure that would take nine years to complete. After unspeakable horror and hardship, she now lives peacefully in South Korea, having written A Thousand Miles to Freedom about her childhood in, and escape from, North Korea. In the conclusion of her memoir, Eunsun Kim writes, ‘Among my ambitions for the future, there is one that I will never be able to accomplish by myself. It’s my dream of one day seeing my people in the north free from a dictatorship that has kept them in fear, misery, and isolation from the rest of the world for decades. For this dream to become a reality, the whole world must open its eyes to the horrors currently taking place in North Korea.’ A Thousand Miles to Freedom offers a perspective that many in the western world can scarcely imagine. 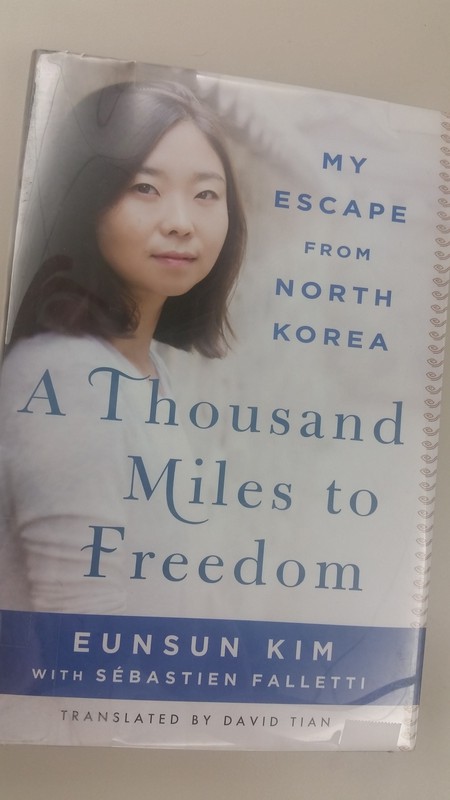 The Accusation is a collection of stories from an anonymous North Korean writer who is still living in the closed-off country. The book was actually smuggled across the border into South Korea, where it was published in 2014. It is unique among novels from North Korean authors because it is not a memoir of a specific person’s escape to a better life. Instead, it gives a glimpse into the everyday life of so many citizens still living on the inside. Though the book is considered fiction, the stories within it are not untrue. They tell of real events that happened to real people, primarily in the 1990s. The Accusation courageously speaks for millions of people who collectively long for a life of peace.

Unfortunately for humanity, concentration camps are not just a thing of the past. People are still being forced to work, suffer, and often die in atrocious camp conditions. The Aquariums of Pyongyang was written by Chol-Hwan Kang to share the story of one man’s experience in such a camp. Imprisoned with his family for suspicion of defiance against the state, Kang spent 10 years enduring inhumane treatment and regularly watching public executions and torture. At times, The Aquariums of Pyongyang is certainly difficult to read. But it is important for its pioneering voice in speaking out against the brutality of the North Korean prison system and the oppressive government at large. 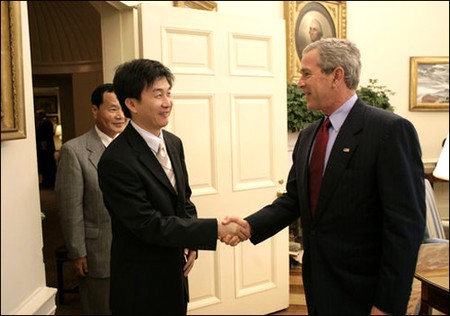 Though it tackles incredibly difficult themes and situations, Dear Leader: My Escape from North Korea reads almost like a spy-novel thriller. That could be due to the fact that the author, Jang Jin-Sun, is an incredibly gifted writer – even claiming to have been the country’s State Poet Laureate. He was a high-ranking official that had security clearance to some of the most secure information in the regime. But a turn of events has him running for his life and away from the country that he himself had created propaganda to support. He eventually escapes through China and writes Dear Leader from safety in South Korea. 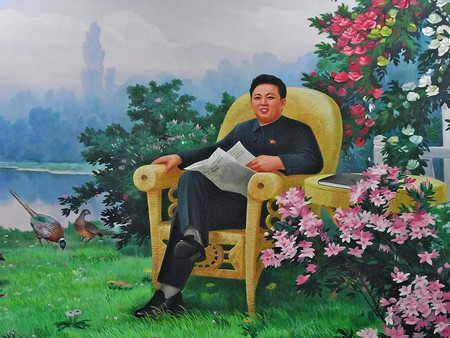 Hyeonseo Lee’s book, The Girl with Seven Names, seems to fit right in with a steady stream of books from North Korean defectors that have been published recently. Like many others, Lee faced the devastation of the country’s famine during the 90s. It was a challenging time and place for a vibrant young girl to grow up in, and at 17, she risked everything to leave. Over the next decade, she would experience fears and hardships that one can scarcely imagine. But in the end, the memoir leaves its readers with a lighter spirit and reminds them of what is truly important in life, and how family, safety, dignity, and freedom are worth what it may cost to obtain them. 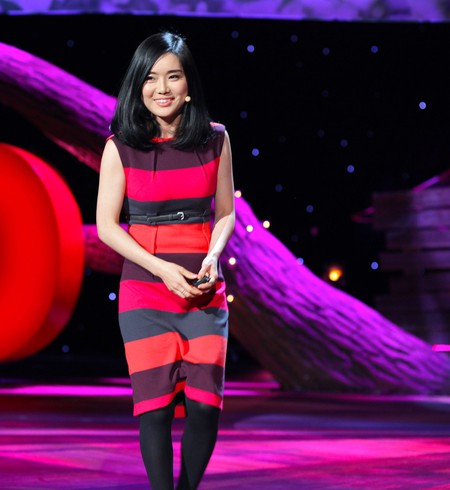 In Order to Live, Yeonmi Park

At the astonishing young age of 22, Yeonmi Park published In Order to Live about her family’s brave escape from North Korea. Born in 1993, the young woman saw her family torn apart, the arrest and death of her father, and the inner-workings of a Chinese brothel before she was even old enough to truly comprehend such things. In her book, Park says: ‘I am most grateful for two things: that I was born in North Korea, and that I escaped from North Korea. Both of these events shaped me, and I would not trade them for an ordinary and peaceful life.’ Her novel adds a voice of youthful hope and maturity well beyond her years. 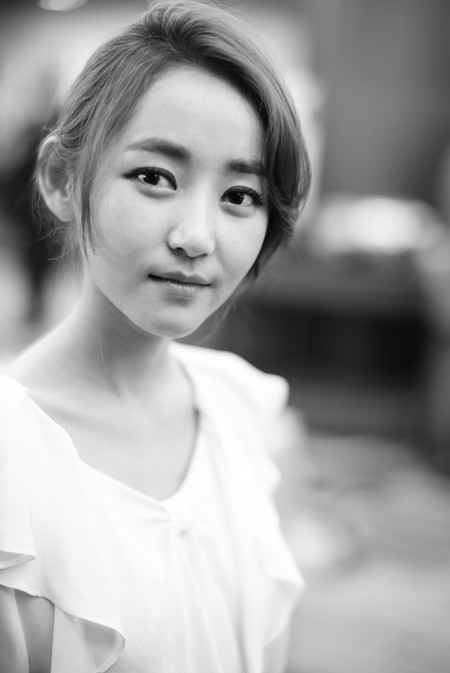 Using the pseudonym Esther Joo, Son Ok-Sun published Longing for Light in 2012. The book details her decision to escape North Korea and the troublesome departure. Instantly gaining traction and attention, the book inspired readers to keep trying and moving forward, despite the struggles that life can throw at times. To the disappointment of many, a Youtube video was released by country officials, showing Ok-Sun apologizing for writing the book and expressing her sadness and regret for making a literary attack against her homeland. At one point in the video, she even tears pages out of the book. The video has been largely seen as a disheartening publicity stunt by a manipulative authoritarian government. Despite her sad renunciation of Looking for Light, it remains a powerful testament to the dangers of a conflicted country.

Why hasn’t James Bond ever been played by a woman? Well, in real life, the uber cool, stealth secret agent does have a female competitor. Hyun Hee Kim was selected at a young age to be trained in elite espionage, with the mission of unifying North and South Korea. Tears of My Soul is a novel about her experience, and how, at only 25 years old, she took part in a terrorist act that killed 115 civilians. Soon after, she was arrested for her crimes against humanity and began to see how manipulated she was by a government that had no regard for humanity. With all sales and proceeds of the books going to the families of those that lost their lives in the flight that Kim shot down, the book is a sobering act of repentance, and it shows the power that corruption can have over people.

This is Paradise! My North Korean Childhood, Hyok Kang

Hyok Kang grew up in a world in which citizens were told by everyone around them that they lived in the greatest country in the world. They were lied to, and they were told that they lived in a paradise of community and brotherhood. Meanwhile, people were dying of starvation, and if anyone did anything against the state, they would disappear and end up in a labor camp – or worse. This is Paradise! is an account of Kang’s journey out of his homeland. He risked his life to travel through China, Vietnam, and Cambodia, before finally finding safety in South Korea. Kang’s writing doesn’t show any real bitterness towards his native land, but it is personal and full of heart from a young man who has seen more than his fair share of hard times.

An Opening Ceremony of the Mass Games | © stephan/Flickr

Under the Same Sky: From Starvation in North Korea to Salvation in America, Joseph Kim

For a person stuck inside the restrictive borders of North Korea, the freedoms and liberties in the United States must seem like they are light years away. As another young person during the famine of the 1990s, Joseph Kim endured hunger, homelessness, and the breaking up of his family at a very young age. He escaped through China, and he was able to settle in America as a refugee. He flourished there, learning English, earning a college degree, and becoming an author. Under the Same Sky is an honest account of his experiences, and it offers a moving and heart-warming tale of a young man seeking a better life.