Top Things to Do in Kathmandu, Nepal 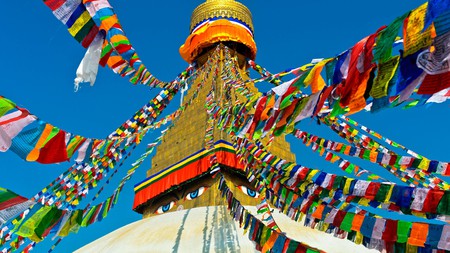 Strewn through a bowl-shaped valley in the foothills of the Himalayas, Kathmandu is a city brimming with cultural intrigue. From elaborate Hindu and Buddhist temples to labyrinthine streets lined with stalls selling delicious street food, aromatic spices and handcrafted jewellery, it’s an enthralling place to begin any adventure in Nepal. Here’s our guide to the top things to do while you’re there. 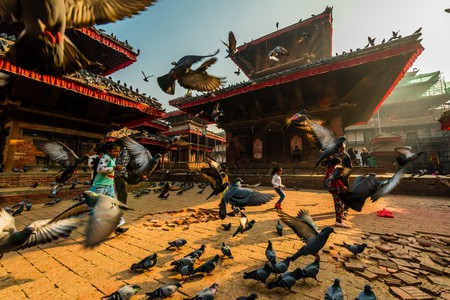 Durbar Square is one of seven Unesco-listed sites in the Kathmandu Valley, not to mention the religious focal point of Kathmandu. Comprising ancient temples, palaces and medieval courtyards, it was the site of the royal residence until the 19th century. Many buildings were destroyed by the April 2015 earthquake, particularly in the southern section, and while significant progress has been made, the reconstruction process is ongoing. Entry costs 1,000 Nepali Rupees (£6.27/$8.28), and you can easily spend an hour or two wandering around and taking in the ornate architecture.

Climbing the steps to Swayambhunath Stupa

Accessible via 365 stone steps, Swayambhunath is one of Nepal’s most impressive religious landmarks, drawing both Buddhist and Hindu pilgrims to its forested hilltop location west of the city centre. Most likely built around the early fifth century, its standout feature is the whitewashed stupa, meant to represent the earth, and its gilded spire – its 13 tiers symbolising the pathway to nirvana. You’ll also encounter plenty of monkeys while you’re here – and the views overlooking the Kathmandu Valley are magnificent.

Eating authentic Nepali food is an essential part of visiting Nepal, and there’s no better place to do so than Kathmandu, with its vast array of restaurants, markets and street food vendors. Momo dumplings, dal bhat (a hearty lentil stew, typically served with rice), chatamari (Newari-style rice flour pancakes topped with eggs and spicy meat or vegetables) and thukpa (a noodle soup, originally from Tibet) are must-tries for foodies. Check out our selection of the best places to eat in Kathmandu – or let your nose guide you while you’re there. 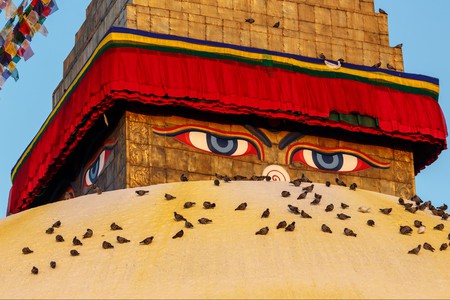 The towering Boudhanath stupa is the focal point of Tibetan Buddhism in Nepal, and one of the largest spherical stupas in the world. You can find it on the ancient trade route between Nepal and Tibet, just outside of Kathmandu. The eyes of the Buddha are painted upon all cardinal directions of the tower which sits atop the enormous white dome, while Buddhist prayer flags add a splash of colour. It’s customary to walk clockwise around it, and you’re best off arriving early in the morning for cooler weather and to beat the crowds. 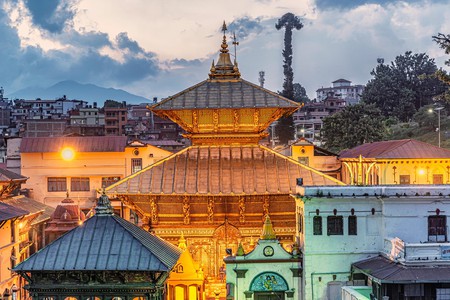 This pagoda-style Hindu temple on the banks of the Bagmati River is one of Nepal’s oldest and most elaborate. The main part is open to practising Hindus only, but there’s plenty more to admire, with a total of 518 individual structures found throughout the complex. You’ll likely come across sadhus (ascetic holy men) while exploring the temple grounds, often recognisable by their orange robes, long beards and brightly painted faces. Be aware that open-air cremations regularly take place by the river – these can easily be avoided if you’d rather steer clear.

Soaking up the atmosphere of Thamel

No stay in Kathmandu is complete without exploring Thamel – a frenetic maze of narrow streets just north of Durbar Square. In the day, it’s one of the city’s busiest shopping areas, packed with stores selling souvenirs, jewellery, clothing and trekking gear. Later on, it morphs into a hive of nightlife, with many bars and clubs open until the early hours. You’ll find plenty of restaurants serving traditional Nepali food and all kinds of international cuisine. Despite officially being a traffic-free zone, it’s worth being prudent as motorbikes and rickshaws tend to wind their way through Thamel at speed.

For many travellers, hiking in the Himalayas – especially to Mount Everest Base Camp – is the highlight of visiting Nepal. While undoubtedly worth it if you have the time and budget, a much cheaper alternative is a 50-minute Everest flight experience, which gives you magnificent views of the world’s highest mountain. Two of the most reputable operators are Buddha Air and Yeti Air, with flights departing from Tribhuvan International Airport. The period between September and April offers the best viewing conditions, and flights depart early in the morning to make the most of clear skies. Expect to pay around £150-200 ($199-265).

Strolling through the Garden of Dreams 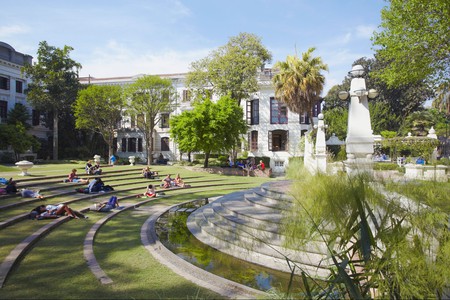 This oasis of calm, on the edge of Thamel district, is the perfect place to escape the hectic city streets and relax for a while. Built for field marshal Kaiser Shumsher of the Nepali Army in 1920, the Garden of Dreams was designed in a traditional English Edwardian style, featuring numerous fountains, birdhouses, ponds, pavilions and pergolas. Following Shumsher’s death in 1964, it fell into a state of neglect but was restored to its former beauty with financial help from the Austrian government between 2000-2007. Entry costs 400 Nepali Rupees (£2.50/$3.30) for non-Nepali visitors.