Top 11 Unusual Things to Do in Nepal 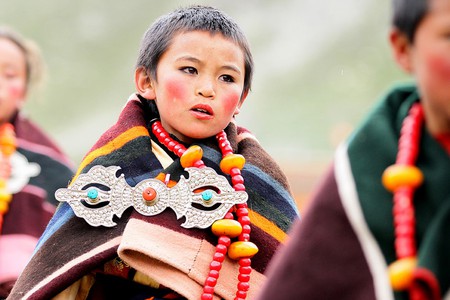 Trekking, rhino-spotting, touring the UNESCO-listed sites of Kathmandu, chilling beside the lake in Pokhara. These are tried-and-tested traveller favourites in Nepal, and while there’s absolutely nothing wrong with these fun activities, some visitors might want to do something a little more off-beat. Here are some recommendations for the most unusual things you can do in Nepal.

Be blessed by a living goddess 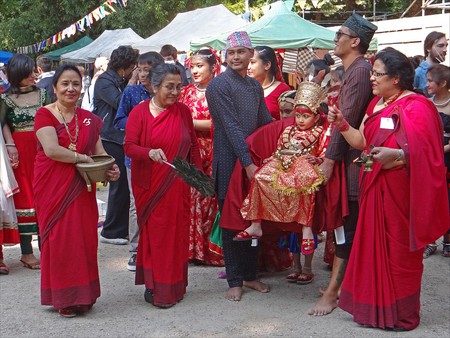 The Newari people of the Kathmandu Valley (and other parts of Nepal) believe that the goddess Taleju is embodied in a pre-pubescent girl called the Kumari, or living goddess. Each erstwhile kingdom of the Kathmandu Valley has a Kumari, with those of Kathmandu and Patan being the most celebrated and influential. Kumaris are selected from particular priestly families, according to a long list of physical and temperamental attributes. Girls as young as three are selected to be the Kumari and their tenure ends when they get their first period, at around 12-14 years of age. While kumaris are normally kept inside their special homes, receiving and blessing visitors, they come outside in their special palanquins during certain festivals, such as the Rato Machhendranath Festival in Patan.

In the town of Khumjung in the Khumbu region is a beautiful Tibetan Buddhist temple that holds a rather rare relic. If you’ve ever wondered whether the Yeti is real, then here’s your ‘proof’: a Yeti skull enclosed in a glass cabinet. Khumjung is on the Everest Base Camp trekking route, so swing by to see for yourself. 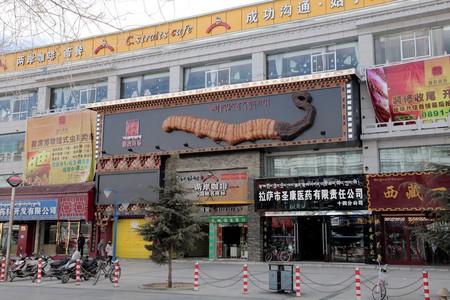 Yarsagumba, or caterpillar fungus, is the stuff that nightmares are made of. It is a caterpillar fungus hybrid that forms when parasitic mushroom spores infect and mummify a moth larva living in the soil. Fungus later sprouts from the dead caterpillar host’s head. Creepy, for sure. But, it has been used in traditional Chinese medicine for around 2,000 years, so it’s highly prized. It only grows at certain altitudes in the Himalayas at certain times of year (3,000-5,000 metres, in May and June) and is extremely valuable and present a unique livelihood for locals.

Honey derived from bees that have fed upon rhododendron pollen can be potently hallucinogenic. This isn’t just the garden-variety honey; collecting mad honey is often a risky business, as the hives are attached precariously high up on cliffs. As well as being eaten for its drug-like effects, hallucinogenic honey is also collected in Nepal as a medicine to treat hypertension and as an alternative to Viagra. 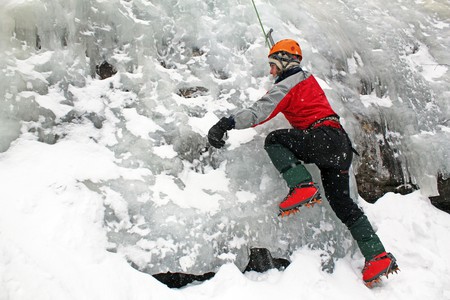 While we’re on the topic of risky pursuits high on cliffs, ice climbing can be enjoyed in the mountains during the winter months, an especially appealing activity for people who perhaps don’t want to climb an entire mountain. Ice climbing still provides a physical challenge, beautiful views and a sense of accomplishment. Climbing frozen waterfalls is one way of doing it. 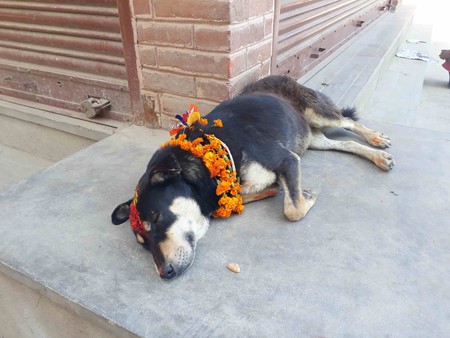 Dogs have a dedicated day of celebration in Nepal. During Tihar, the festival that usually falls in October/November, the second day is called Kukur Tihar and it is all about celebrating dogs’ connections and companionship to humans. Expect to see dogs adorned with marigold garlands and red forehead tikkas on this day – and looking very pleased with themselves.

Attend a classical music concert at an ancient temple 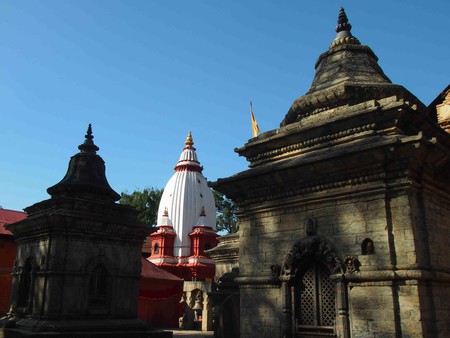 At the small temple behind and uphill from the main Pashupatinath Temple complex in Kathmandu, every full moon evening, visitors are welcome to gather and listen to fine classical music in the open-air courtyard. Come early (from about 5 pm) to get a spot that isn’t blocked from a view of the stage by the large banyan tree in the centre of the courtyard. Classical music performances don’t come any more atmospheric than this.

Visit the site of the royal massacre 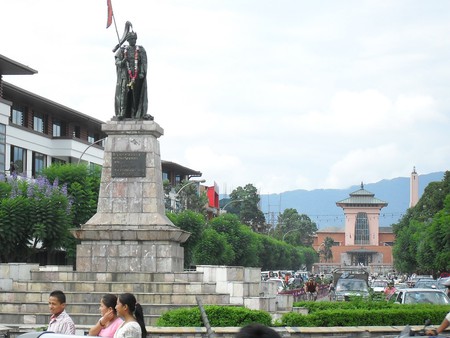 The Narayanhiti Palace, at the north end of Durbar Marg, was the residence of the Nepali royal family until King Gyanendra stepped down and moved out in 2008. Now, it’s a museum. But, on June 1st, 2001, it was also the setting for the infamous and mysterious royal massacre, in which 10 members of the Nepali royal family were gunned down. Among the dead were King Birendra and Queen Aishwarya. It is believed that Crown Prince Dipendra, son of the king and queen, carried out the act, after having been drinking heavily and having a dispute with his parents. He became king after his father’s death, but died three days later, in the hospital.

Await the end of the world in Upper Dolpo 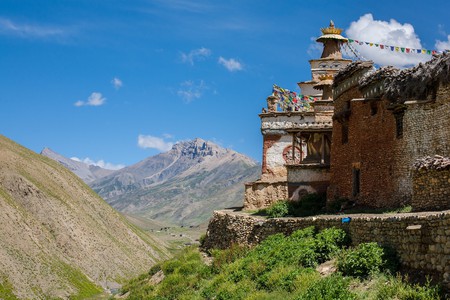 The stunning, remote region of Upper Dolpo in western Nepal is said to be a beyul by followers of Tibetan Buddhism, a refuge that will be discovered when the world is nearing its destruction, becoming too corrupt for spiritual practice. It’s said to resemble paradise and can only be reached by extreme hardship. It is true that Upper Dolpo is very remote, very difficult to reach (only on foot) and very cut off from the rest of Nepal, let alone the rest of the outside world. The perfect place to retreat to and wait for the rest of the world go up in flames, perhaps.

Baraha Chhetra is a holy Hindu pilgrimage site and temple in south-eastern Nepal, on the banks of the Sapta Kosi River. Along with the temple’s architecture and picturesque river views, you’ll find another highlight here: its miraculous rock. A large and very heavy rock is placed on display, beneath a cage. Visitors are encouraged to try to lift the rock, which is inevitably impossible alone. But, if a group of five or so people each place one finger beneath the rock and lift together, the rock rises easily, as if it was just a piece of paper. Magic!

You might expect to only find fossilised sea creatures along coastlines. Certainly not in the Himalaya, 1,100 kilometres from the nearest coastline, right? Wrong. All through the Kali Gandaki Valley and surrounding hillsides and cliffs, very very ancient fossils can be found, including the world’s oldest fossilised whale. Such geologic wonders provide hard evidence that the Himalaya was once the ocean floor.