Lukla, Nepal: the Most Dangerous Airport in the World 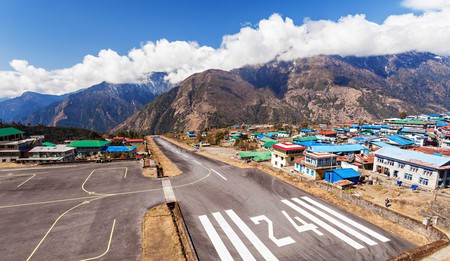 Just 40 minutes by air from Kathmandu is the most dangerous airport on the planet: Lukla. Yet as well as being the riskiest runway in Nepal, this strip – otherwise known as Tenzing–Hillary Airport – is the busiest, serving as the key point of entry and exit for climbers hoping to ascend Everest. 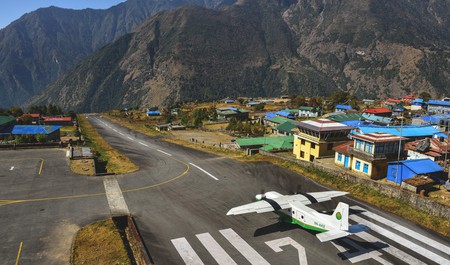 Although Lukla’s single runway was renovated in 2001, it was built in 1964 under the supervision of Sir Edmund Hillary, the mountaineer from New Zealand. A decade previously, he had been the joint-first climber confirmed to reach Everest’s summit, alongside Tenzing Norgay. 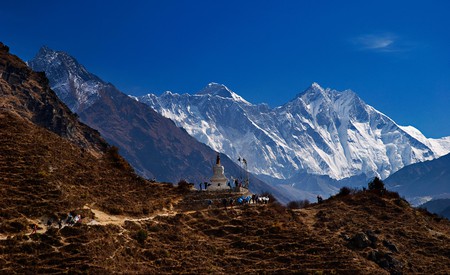 The runway is a mere 527m (1,729ft) long, which is pretty shocking when you consider that Heathrow’s northern runway extends more than seven times further, at 3,902m (12,802ft). Pilots’ room for error is severely limited, and to make matters worse, Lukla sits 2,896m (9,501ft) above sea level. The greater the altitude, the lesser the air density, meaning that planes need to land at faster speeds. 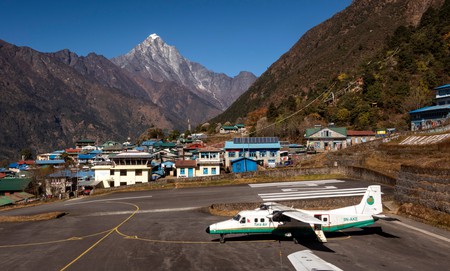 Beyond the perils brought about by the length and elevation of the runway, Lukla Airport is also made precarious by the harsh surrounding landscape. At the landing end of the runway is the sheer face of a steep mountain, meaning that hitting the breaks on time is all the more imperative. As for take-off, the other end of the runway terminates at the edge of an abrupt 700m (2,297ft) drop, so if you don’t make it into the air you’ll fall down the mountainside instead. All this makes aborting a take-off or landing impossible. 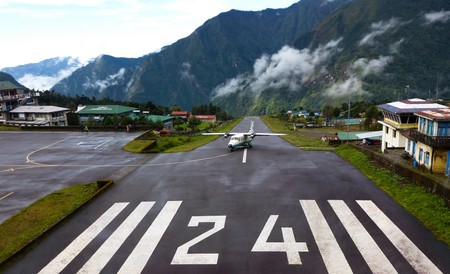 Beyond that, the weather in this area changes constantly and cloud cover can suddenly become extreme, impairing visibility upon landing. In such circumstances, planes will turn around and return to Kathmandu. The most notable tragedy occurred in 2008, when Yeti Airlines Flight 103 crashed into the mountain after its pilot lost sight of the runway in heavy fog. All 16 passengers and two of the crew were killed; the pilot was the only survivor.

Flight cancellations due to bad weather are incredibly common as a result. To prepare, pilots must undergo strict training, including 100 short-take-off-and-landing flights and 10 flights into Lukla with an instructor on hand.

So, if you’re planning to climb Everest, you may want to consider hiking into Lukla instead.

Planning a trip to Nepal? Book yourself onto Culture Trip’s action-packed 11-day Nepalese adventure, where you’ll ride a rickshaw through Kathmandu, white-water raft on the Seti River and encounter Bengal tigers in Chitwan National Park. And don’t worry: you won’t land at Lukla.