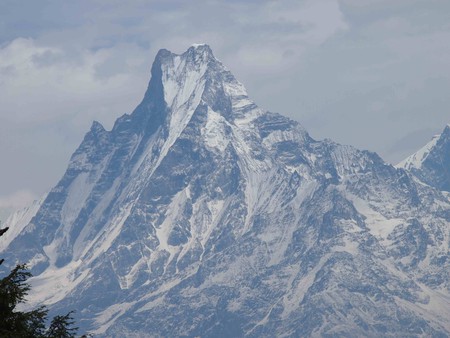 Machapuchare, in the Annapurna Himalaya of Nepal | © Elen Turner

Mountains have a funny way of amazing and humbling all kinds of travellers who come across them – from adrenaline seekers to those on a spiritual quest and from the ultra-fit or to the determined. And, there are few mountain ranges on earth that compare to the mighty Himalaya. Would you be tempted to drop all responsibilities for a few months and walk the entire length of the Nepal Himalaya if we told you it was possible? Keep reading to find out more!

The Great Himalaya Trail is a network of existing trekking trails running through the low, mid and high Himalaya of Nepal. Collectively, it is the longest and highest trekking trail in the world. The trails follow routes that have been used by locals for centuries, for their own travel and trade, as well as more newly developed ones intended for tourism. It spans from Humla and Darchula in the west and to Kanchenjunga in the east. It includes popular trekking areas as well as more remote and under-visited ones. 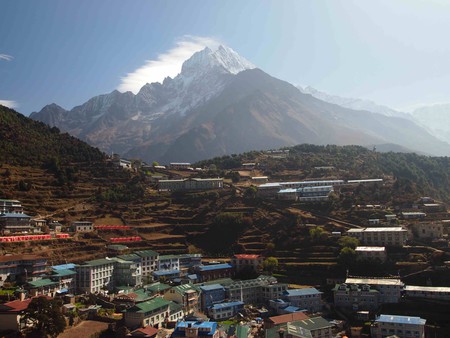 Travellers can partake in shorter sections of the Great Himalaya Trail – treks that last between one to four weeks – or embark on a journey across the whole country. Trekking the whole trail in one go requires a good amount of planning, as the ‘high route’ is the most challenging, following the highest paths. It spans a total of 1,700 kilometres. The ‘low route’ is, obviously, lower, but that doesn’t mean it’s easier! It’s still 1,500 kilometres long.

Accommodation on the Great Himalaya Trail is in the form of camping and the teahouse lodges that Nepal is famous for. In some places, you have no choice but to camp, as there are no lodges. In other regions, particularly those with highly developed tourism infrastructure (such as the Everest and Annapurna regions), the level of lodge accommodation can be quite comfortable.

In trekking the Great Himalaya Trail in Nepal, visitors can experience the nature, geology and culture of the highest mountains in the world, including vibrant terraced farmland, ethnically diverse communities, forests, high-altitude lakes, glaciers, wildlife and Hindu and Buddhist culture. 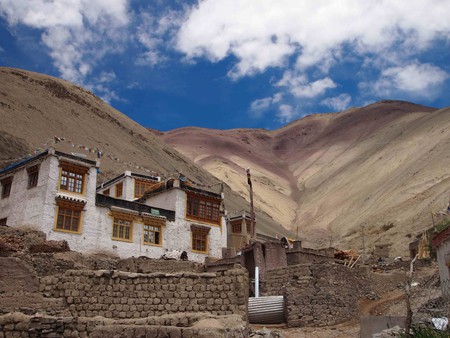 The village of Rumbak, in the Indian region of Ladakh | © Elen Turner

And, while the longest stretch of the Himalayan chain falls in Nepal, it also reaches into Pakistan, India, Bhutan and parts of China. For an even more serious adventure, trekkers can attempt to connect the extensive trails in Nepal up with those in neighbouring countries (while the mountains know no borders, contemporary South Asian nations do. Therefore, it’s not currently possible to trek the entire length of the Himalaya without stopping and it probably won’t be for the foreseeable future).