Cultural Losses In Nepal From The Kathmandu Earthquake

Some of Nepal’s internationally recognized monuments, many of which had been preserved for centuries, were destroyed in the earthquake. However, hope remains, and Nepal’s shattered heritage sites can be rebuilt. But for the time being the destruction sparks a sense of irreplaceable visual and spiritual loss. 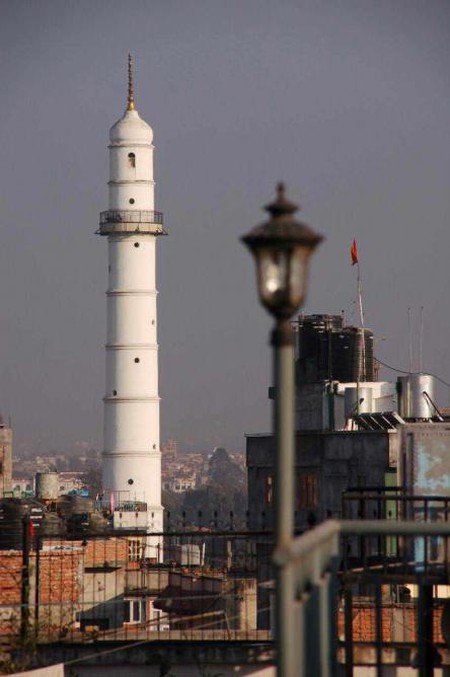 On 25 April, 2015, a deadly 7.8 magnitude earthquake broke near Nepal’s capital of Kathmandu. The valley surrounding the city is a designated UNESCO World Heritage site, known for its historic monuments, temples, and stupas. Professor Madhab Gautam of Tribhuvan University says, “Kathmandu was a city of temples. Now it is a city of tents.” The Kathmandu valley lies at a historic crossroads of Asian trade routes, religion, and cultures. The monuments are internationally recognized as having unique importance, mixing Indian and Tibetan styles with Hindu and Buddhist iconography. Nepal is home to eight UNESCO World Heritage sites, including three royal cities, several Hindu and Buddhist sites within the Kathmandu Valley, and Lumbini – the legendary birthplace of Buddha. All of these iconic sites were affected by the quake. 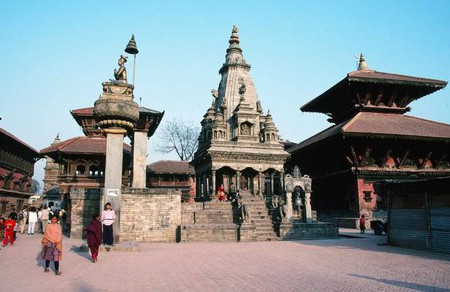 The last major earthquake to hit Nepal was in 1934, and the most-impacted buildings were rebuilt afterwards. A local cultural historian and conservationist, Rohit Ranjitkar, is confident that those damaged after this quake will be restored. “This is our heritage. This is our duty,” he said. Residents are beginning to worry about the impact of the earthquake on the country’s economy, which relies on tourism for 10 percent of its revenue.

Government officials received pledges of financial assistance for the reconstruction of its monuments from European states, as well as India and UNESCO. Nepal’s Department of Archaeology is confident that all will be restored within five to seven years. Professor Guatam has said, “So many things – religious, cultural, social, economic – are interconnected here. This is a city for which the cultural sites are part of its skeleton; if you take them away, the city collapses.” 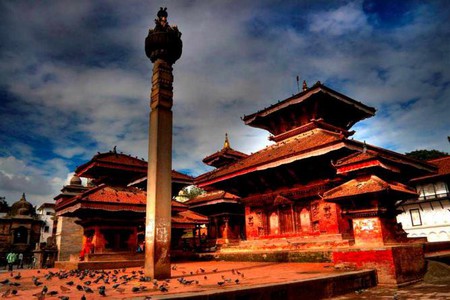 The most visible destruction occurred in the Dharahara Tower, first constructed in 1832 at the command of Nepal’s queen. The tower had become an iconic lookout over Kathmandu. As one of the country’s tallest buildings it was a major tourist attraction, featuring a spiral staircase of 200 steps. The tower toppled during the quake, burying hundreds of innocent victims. It was previously damaged during an 1834 quake, and went on to be completely destroyed in 1934 before being renovated.

Bhaktapur’s Durbar Square, which was once a medieval township, was preserved intact for centuries and has now been destroyed. Scores of other monuments, most of which are listed by UNESCO, have almost all been badly damaged. The square hosts temples, shrines, and other holy structures, many of which were destroyed by the tremor and aftershocks. Located 12 miles east of Kathmandu, Durbar Square was also severely damaged in the 1934 quake and is located in the closest large city to the recent quake’s epicenter.

Kathmandu’s Durbar Square sustained severe damage, with parts of the Hanuman Dhoka (the city’s oldest palace) having collapsed along with the pagodas of several temples. Dozens of people had been guarding Durbar Square; seeing it as their property, they have strived to preserve it. The locals have been staying until nightfall, guarding the square until the army takes over. 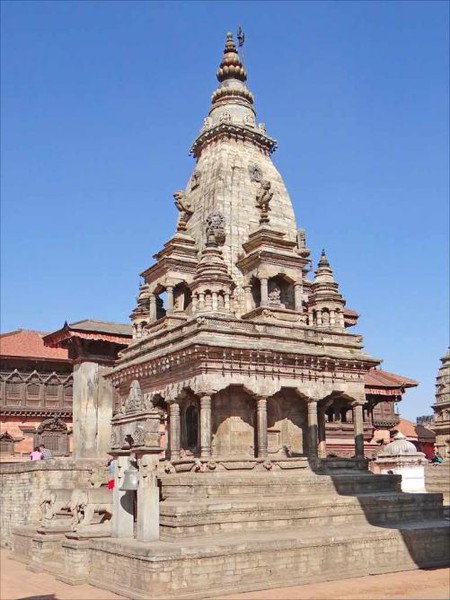 The Boudhanath Temple, a fifth century AD stupa of Boudhanath, which houses sacred relics, has significant damage to the surrounding structures. However, the 1,500-year-old stupa has survived, with reports of cracks in the spire. This mound is among the largest in the world and serves as a center of pilgrimage for Nepalese and Tibetan Buddhists. It is around ten kilometers from Kathmandu and is surrounded by a complex of more than 50 Tibetan monasteries. Nepal’s most iconic stupa, Swayambhunath, which features the colorful eyes of the Bhudda emblazoned on its surface, has survived. However, the 17th century Pratapur Temple appears to have collapsed. 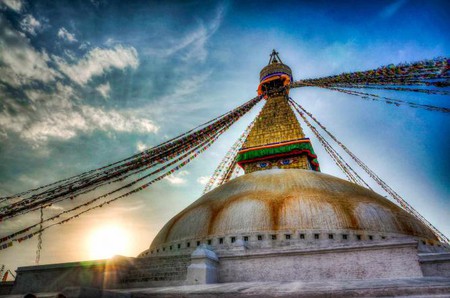 The 1,600-year-old Changu Narayan Temple suffered devastating effects, with its massive granite beam being shaken off its two upright supports. It now lies on the ground. The sprawling complex, which covers the top of the hill, now features cracked and detached woodcarvings. The cultural sites are home to certain religious artifacts that are highly sought after, and because of this, soldiers moved tons of carved wood and masonry into the secure central courtyard of the old palace. It is one of the oldest Hindu temples in Nepal and is dedicated to the Hindu god Vishnu.

It is believed to have been built in the fifth century AD and features a two-tiered pagoda, which is considered one of Nepal’s most unique architectural monuments, and is located on a hilltop east of Kathmandu. Some monuments remain unscathed, including the Pashupatinath Temple, one of the most important temples dedicated to the Hindu god Shiva, The Destroyer. It survived the earthquake and became the site of last rites for hundreds of earthquake victims. 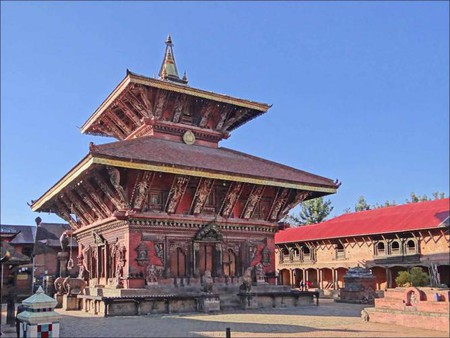