The Global Village of Mount Everest: Camping Beneath the World's Highest Peak

“Once in their lifetime, every person should journey to a place where legends live, where everything is bigger than life. Everest has always represented nature at its most powerful, most awe-inspiring, most unconquerable.” — An American Mountain Climber 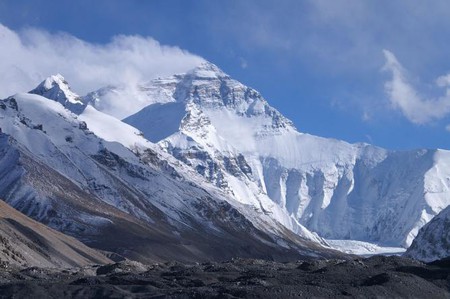 The Chomolungma or Qomolangma in Tibetan: ཇོ་མོ་གླང་མ; Chinese: 珠穆朗玛峰; Nepali: सगरमाथा, Sagarmāthā is the world’s highest mountain. Located in the Himalayas by the Nepal-Tibet border, the Everest had been the ultimate achievement for many professional mountain climbers, ever since George Mallory first attempted to reach the summit. After Sir Edmund Hillary and Tenzing Norgay first reached the peak, climbing the Everest became the stuff of every mountaineer’s dream.

58 years later, Mt Everest is Nepal’s largest international tourist attraction and source of revenue.Every year, hundreds of climbers converge at the Everest base camp near Namche Bazaar in Nepal, to have a shot at reaching what is considered the top of the world. As spring is regarded as the best time to climb the peak, the base camp resembles an enormous global village, housing climbers of different nationalities. In many ways, it also reflects how the world now views the peak.

Mt Everest is now an international destination. Guided trekking outfits organize regular climbing expeditions to the peak and 37 people on an average are put atop Everest by each company. Added to the expeditions mounted by other countries, this means that 400 people on average climb Everest every year. Many believe that this has become a huge problem for the world’s highest peak. The surge of people has changed Everest from being the pinnacle of mountaineering achievement to a playground for those who can afford it.