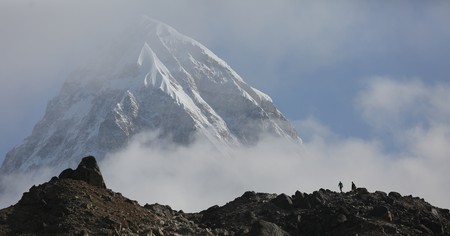 The Everest Marathon attracts hundreds of competitors each year, but how do you prepare for the world’s highest race? Austrian runner Manuel Seyr explains the training regimen that helped him finish first in 2018.

On 29 May 1953, Sir Edmund Hillary and Sherpa Tenzing Norgay claimed their place in the history books. The pair, who were part of a British expedition led by military officer John Hunt, made the first successful ascent of Mount Everest, reaching the 8,850-metre (29,035-foot) summit at approximately 11.30am.

“Both Tenzing and I thought that once we’d climbed the mountain, it was unlikely anyone would ever make another attempt,” Sir Edmund has been quoted as saying. “We couldn’t have been more wrong.”

For those drawn to extreme feats of physical endurance, Everest is the ultimate bucket-list destination. Each year, hundreds of people from around the world apply for climbing permits from Nepal’s Ministry of Tourism, and hundreds more participate in one of the most challenging races on the planet: the Tenzing Hillary Everest Marathon, which is held annually on 29 May, the date of that first historic summit. 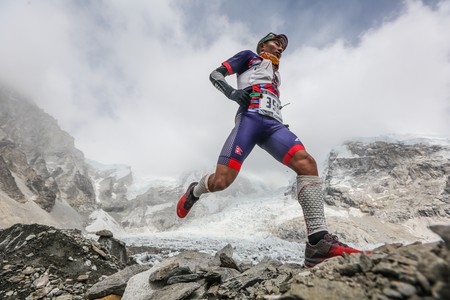 When Manuel Seyr signed up for the race in 2018, he was already a veteran of dozens of marathons, triathlons and Ironman competitions. Despite this impressive record of physical endurance, the Everest Marathon would demand training above and beyond his usual protocol.

“I know that Everest would not be your typical marathon in terms of terrain and altitude,” Seyr explains. “I knew it was a trail marathon, and that was one of the main reasons I was drawn to the race.”

The route begins at base camp, which has an elevation of 5,356 metres, and descends through a network of Sherpa trails to the 3,550-metre finish line in the town of Namche Bazaar. At this altitude, the air is thin and the lack of oxygen makes every step laborious. The temperature is a pleasant 20C in the sunshine but can be 15 degrees cooler in the shade. On a clear night, lows of –6C are common, and even in late May snowfall sometimes occurs. If a marathon at sea level is gruelling, this race is on another level altogether. 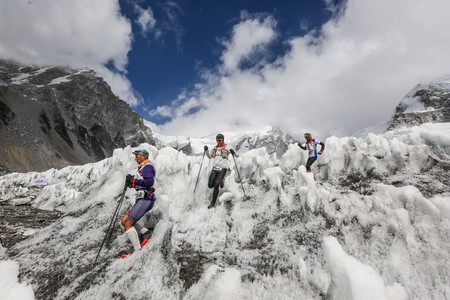 The key to success is to simulate high-altitude conditions in order to give the body a head start before scaling the mountain. After consulting scientific papers and trusted doctors, Seyr rented an altitude tent for his home – a basic frame with clear plastic panels connected to a machine that would reduce the amount of oxygen inside. Sleeping in this tent for two weeks triggers the body to produce more red blood cells, oxygenating the muscles and increasing endurance. He also tweaked his vegan diet to include more pumpkin seeds for iron and nutritional yeast flakes for B vitamins – both red-blood-cell-promoting nutrients.

Like Hillary, who was raised in New Zealand, Seyr has access to mountain trails 15 minutes from his home in the Alpine region of Austria. Trail running was a regular part of his routine, and he built on that base level of endurance with high-intensity intervals composed of uphill sprints interspersed with brief rest periods. Kettlebell swings and dead lifts completed Seyr’s regimen, helping reinforce his core and legs – muscle groups that are essential to mountain running.

Two weeks before the marathon, Seyr’s group of 11 runners began climbing Everest with a team of guides and doctors. Even with such a gradual ascent, some of them suffered from severe altitude sickness, and two had to be airlifted off the mountain. Seyr was doing well medically and mentally as he set off on race day, and within 20 minutes of leaving the finish line at base camp he had lost sight of the other runners. By the time he reached the medical checkpoint, seven kilometres in, he was feeling strong. 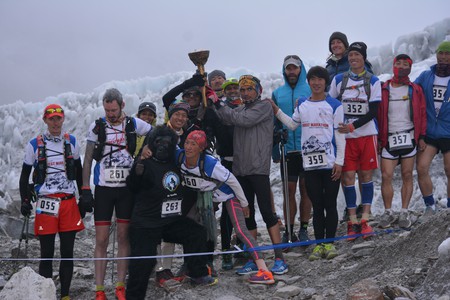 Runners arrive at the starting point of Tenzing Hillary Everest Marathon at the Everest Base Camp (5,364 meters) | Courtesy of Himalaya Expeditions

“I asked the doctor out of interest, ‘Hey doc, do you know my position?’ and he said, ‘Yeah man, you’re in first place.’ That was the highlight of the race for me,” recalls Seyr. “The next three hours it was a lot of pressure, because you don’t know how far behind the second-position runner is.”

At mile 18, two-thirds into the race, Seyr hit a wall. Loss of appetite is common at high altitude, and that morning’s breakfast of coffee and a small bowl of oatmeal had long faded.

“If I had kept pushing I would have passed out. I felt really down, and I knew the only way to make it was to get in some simple sugars,” says Seyr.

Fortuitously, he passed a small trail-side store. Barrelling through the door, he called out to summon a shopkeeper from the back and ordered a bottle of Coke.

“I knew that I was leading the race. I ordered a Coke and the woman disappeared for three or four minutes to get it,” says Seyr. “I was like, ‘Oh my god, this can’t happen! I need this Coke and she’s totally relaxed.’ She was not in any sort of hurry.”

Despite the minor delay, Seyr still came in first – among the foreign competitors at least. There is a whole separate race for Nepalese nationals, whose acclimation to the altitude gives them a huge advantage, so technically Seyr was 18th to cross the finish line. His time was five hours and 59 minutes – double what he estimates it would take him to run the same distance at sea level, where the oxygen levels are twice as high.

While oxygen may have been in short supply, phone service was not. The most surprising thing about the trip, Seyr explains, was that he could access the internet for the duration of the run.

“At 5,000 metres, you could easily post Instagram stories and access 4G,” he explains. “I wasn’t sure how I felt about it – whether I was glad that I could stay in connection to my family and my friends or if I should be sad because there isn’t any place left on Earth where you’re not connected.”

While Seyr has no plans to return to Mount Everest this year, he and his climbing partner from 2018’s race – Jonathan Bamber, who finished second – ran a marathon together on the Spanish island of Gran Canaria in February. The pair, who have become friends, will also be traversing the Alps through Austria, Germany and Italy later this year, keeping the adventurous spirit of their Nepal trip alive. 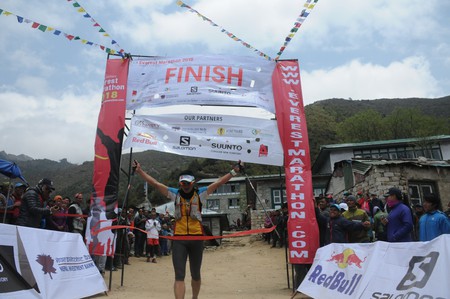 Bhim Bahadur Gurung, the winner of Full Marathon (42.195 kilometers0, arrives at the finishing line at Namche Bazaar. | Courtesy of Himalaya Expeditions
Give us feedback