The Best Treks in Nepal for Beginners 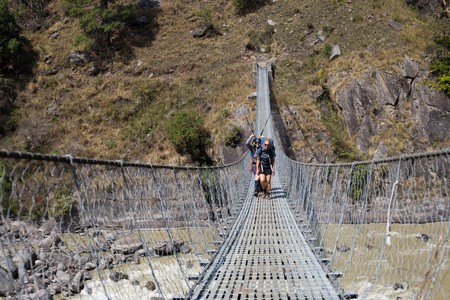 To enjoy a trek in Nepal, it isn’t necessary to be in really good shape (although some trails are certainly not suitable for beginners). For a less extreme experience – whether that means gentler trails, lower altitudes, or a combination of the two – try one of these fun treks that are ideal for beginners, kids, or the elderly without prior trekking experience.

Although most people recommend the Poon Hill trek to beginners, the hundreds of steps at the end of the first day can be exhausting. A better option for less experienced trekkers is the nearby Annapurna Community Eco-Lodge Trek. This offers some very similar views but without the crowds – or the relentless steps.

The five-day trek (which can be extended) starts at Galeshwor, five kilometres from the town of Beni, and passes through Bhanskharka, Nangi, Mohare Danda and Tikot. At 3300 metres, Mohare Danda is the highest point, and a panorama of peaks is visible from here, including Machhapuchchhre, Annapurna, and Dhaulagiri. Trekkers normally stay in homestays or community-run lodges and eat in dining halls. 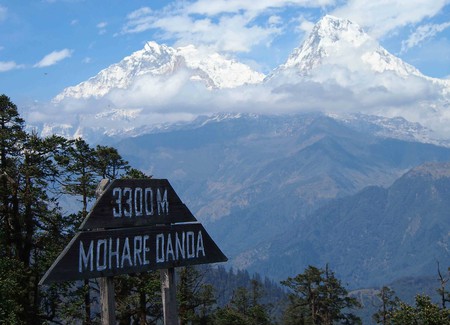 Named after the Tamang ethnic group that resides in the area, the focus of this trek is cultural encounters rather than challenging trails. The ancestors of the Tamang people came from Tibet, just over the mountains, and their culture, language, dress, and religion still reflect their origins. This trail was developed to bring more tourism to this less frequented part of the country and give the subsistence farmers another means of income.

The six-day trek begins at Syabrubesi, which is also the starting point for the Langtang Valley trek. It passes through river valleys, terraced farmland and open grasslands, with views of Ganesh Himal, Langtang and the Gosaikunda range. There’s a chance to enjoy a natural hot spring at Tatopani, and accommodation can be found in homestays in the Tamang villages. The highest altitude reached is only around 2,400 metres, which, by Himalayan standards, is not very high. 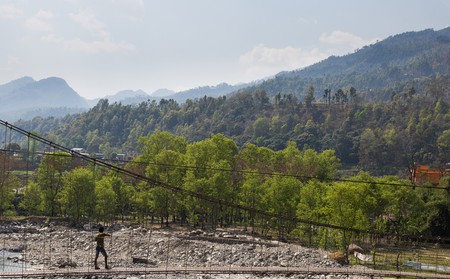 A suspension bridge on the Tamang Heritage Trail | © Jonny / Flickr

A three to four day commitment, the Royal Trek is named so because it’s the route that Prince Charles trekked through when he visited Nepal in the 1980s. The trek, rather accessible due to its proximity to Pokhara, climbs to only 1,700 metres, making it suitable for kids and the elderly. It starts north of Pokhara, passes through Gurung villages, highlights the beautiful views of the Annapurna Himalaya, and ends at the pretty and serene Begnas Lake, less than an hour’s drive from the city. 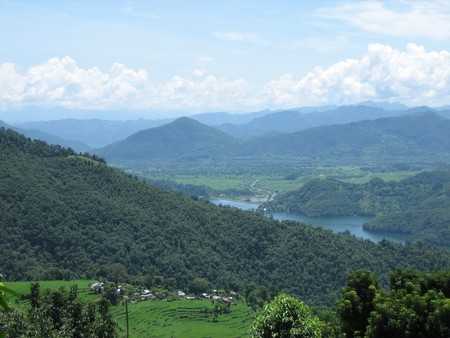 This four-day trail is a good one for beginners because each day only requires three to four hours of trekking, leaving plenty of relaxation time in the afternoons and evenings. It starts with a boat ride across Pokhara’s Fewa Lake, and then snakes through forests where one can find a vast range of bird and plant life. Amazing mountain views open up as the trail rises, and it’s possible to see Dhaulagiri, Annapurna I, Manaslu and Machhapuchchhre from here. 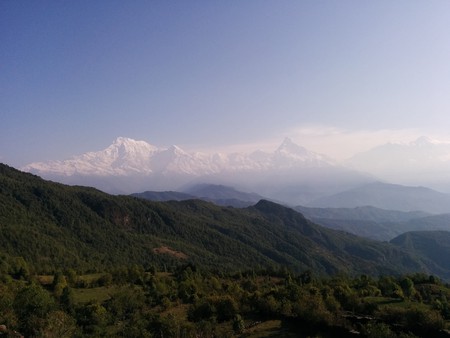 Although less frequented than the other trails on this list, travellers seeking a fascinating, relatively long, off-the-beaten-path experience without the difficulty of other longer treks will enjoy this option. The Dhorpatan Hunting Reserve lies west of Pokhara, and isn’t so hard to get to. It is Nepal’s only hunting reserve, and a restricted number of animals can just be hunted in certain parts. Trekkers can see a variety of wildlife, such as blue sheep, Himalayan tahr, and Nepal’s national bird, the colourful pheasant-like danphe.

This trek takes around 11 days and usually begins in or around Beni. Some homestay accommodation options are available in local Magar homes, but camping is also required on this trek. The highest altitude reached is around 3,800 metres, and on some days it will be necessary to trek for around seven hours. Although it’s not a difficult trek, proper preparation is required, so it may not be suitable for absolute beginners or kids. However, it’s a great compromise for relatively fit travellers who want a challenge without the extreme exertion of high passes or multiple nights at high altitude. 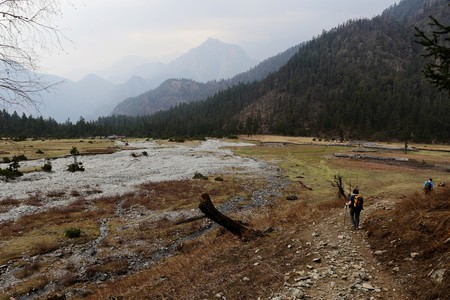 On the Dhorpatan trek | © Charles Ng / Flickr
Give us feedback