The Best Hotels in Kathmandu, Nepal for Every Traveller 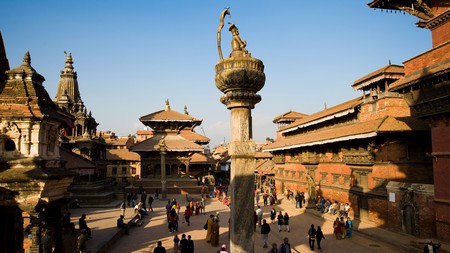 Before heading off into the Himalayas in search of mountaintops and teahouses, take the chance to fuel up, kit up and rest up in Kathmandu. Enjoy a level of comfort (and regal opulence) that you’ll sorely miss on the trekking circuits when you’re battling the altitude, or recuperate in the luxury spa after making it to Everest Base Camp. From the boutique to the glamorous, here are the best hotels in the Nepali capital. 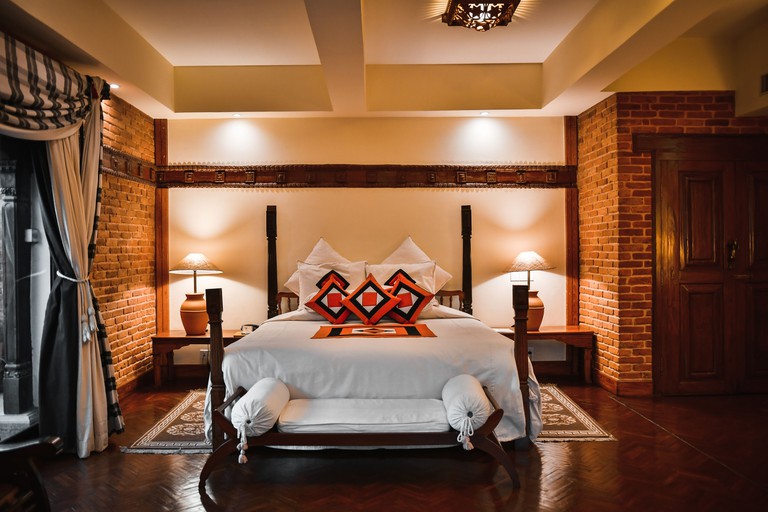 If you’re harbouring royal aspirations, then the Dwarika’s Hotel in Kathmandu is the luxury boutique hotel for you. Its 80 rooms draw inspiration from the royal suites of past Nepalese monarchs, while the spa and swimming pool will help you to relax like a king or queen. This regal hotel successfully preserves the rich cultural history of the Kathmandu Valley in its decor and service, with the highlight being a dining experience at the Patan Museum Cafe, where Nepal’s culinary and artistic heritage is all for the tasting. 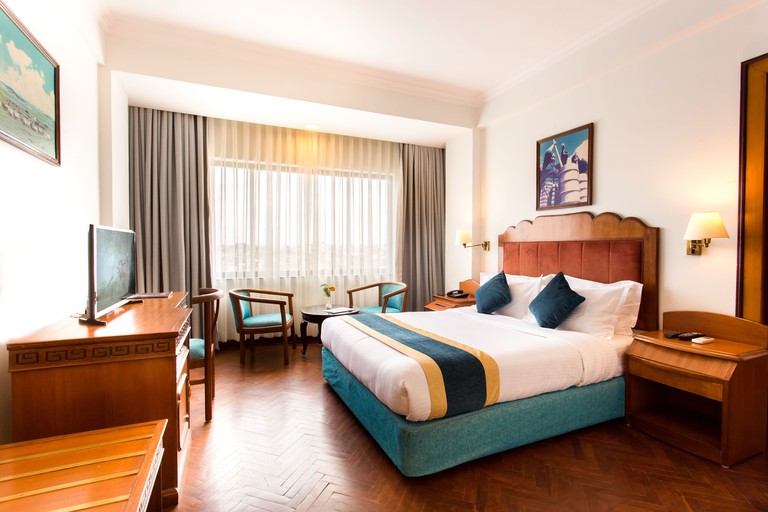 Hotel Le Himalaya is one for the sightseers, as this spacious hotel is within walking distance of Kathmandu’s major tourist attractions. Get in some last-minute training before your trek into the Himalayas by walking to tourist spots such as Thamel (15 minutes away) or Kathmandu Durbar Square (30 minutes away). Back at the hotel, you can enjoy a few Everest Beers in the Laza Bar or take to the rooftop restaurant for a fine-dining experience with views over central Kathmandu. 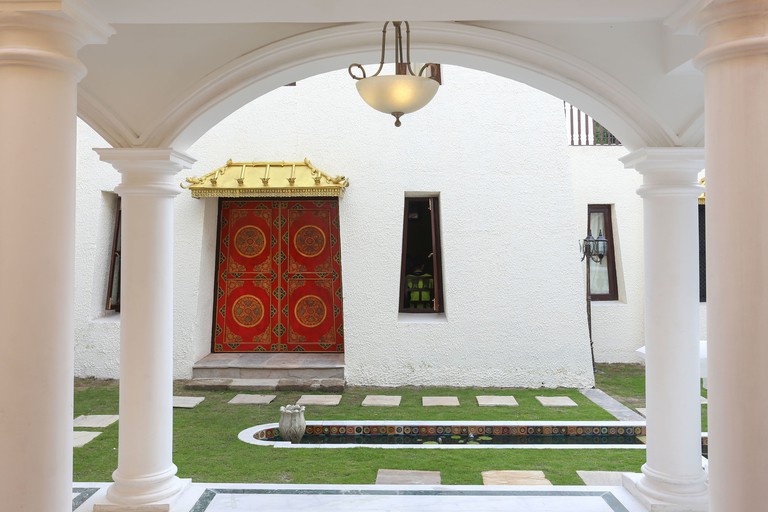 For those looking for a boutique property run by the family of one of Nepal’s most famous, historical prime ministers (and who isn’t in Kathmandu for that reason?), then Baber Mahal Vilas is the only hotel for you. Pleasantly designed by the descendants of Maharaja Chandra Shumsher Rana (who was prime minister from 1901 to 1929), this hotel offers both ministerial comforts and service. The traditional rooms, heritage suites and royal suites evoke a sense of Victorian-era Nepal, while the hotel’s library is packed with historical Nepalese tomes that you can peruse at your leisure. 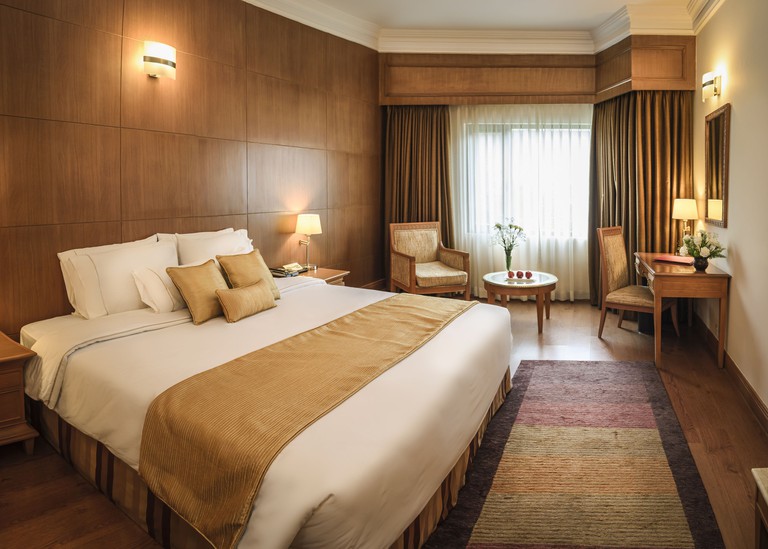 Hotel Annapurna is one for gastronomes, as this centrally located hotel is home to three of Kathmandu’s best fine-dining restaurants. You can refuel at the Arniko Room, with its Chinese-inspired menu, or opt for more local Nepalese and Indian food at Ghar-E-Kebab. If you’re missing pizza, then head to the Coffee Room for its Italian evenings. Then there’s the Juneli Bar and the Cake Shop to try, too. What more could you want after weeks of teahouse hiking, other than gourmet cuisine and endless snacking opportunities? Go on – you’ve earned it. 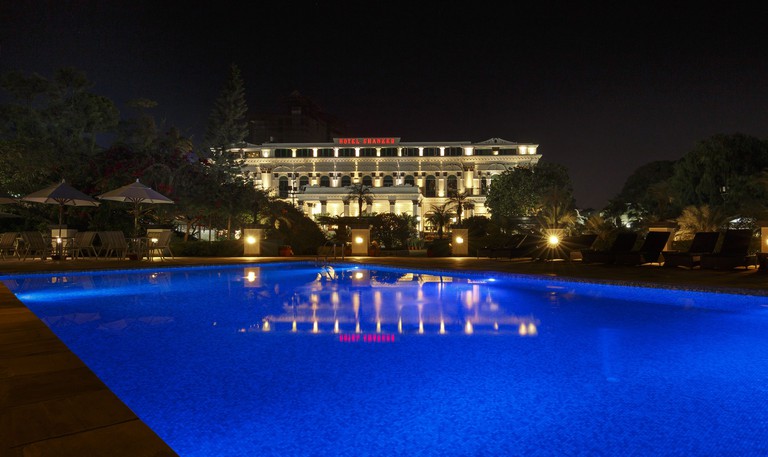 History buffs will relish a stay at Hotel Shanker, which had a former life as a royal palace, dating back to 1894. Since the Nepalese royal family vacated in 1964, this hotel has been giving weary travellers a touch of the high life. As you’d expect, it lies in the centre of Kathmandu, offering 94 regal rooms, alongside a spa and a swimming pool. At the Kailash Restaurant, you can eat fine Nepalese food under a cavernous carved ceiling, while the cocktails and fine malts at the Kunti Bar are fit for a Nepalese king. 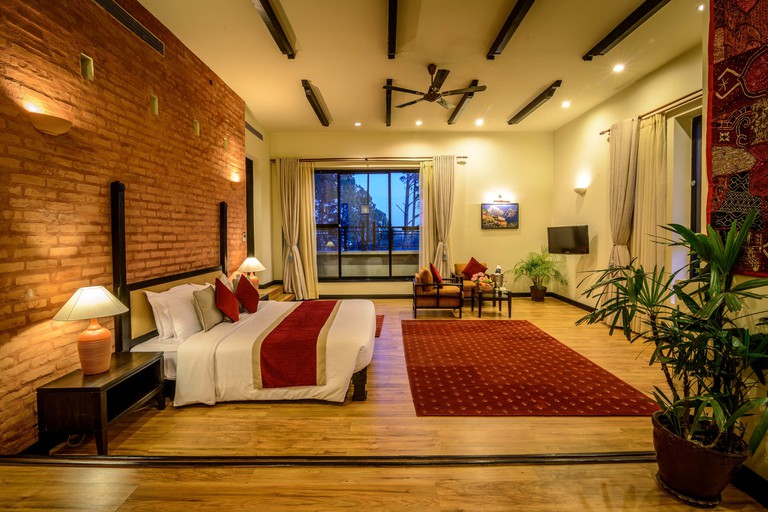 A retreat to the Gokarna Forest Resort is for anyone looking to escape the city. Just 10km (6mi) from Kathmandu, the Gokarna Forest was also once the private domain of Nepal’s royal family. Today, it’s a protected reserve, and it truly is a world away from the chaotic streets of the capital. You can take a locally guided forest walk in search of deer and Hindu temples hidden in the jungle, before playing a round of golf on the hotel’s 18-hole course. Unwind at the Harmony Spa, relax around the indoor pool and then sample the food of royalty at the Durbar Restaurant. 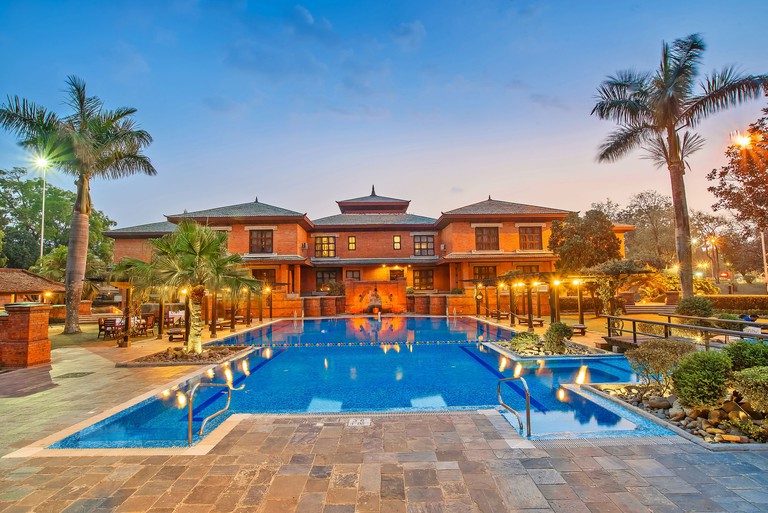 Looking for a place to stay in a quiet part of the capital? In the Tahachal district, the Crowne Plaza Kathmandu-Soaltee is a perfect choice. You’re only about 4km (2mi) from Kathmandu Durbar Square and the capital’s major tourist attractions, but also far enough away to escape the hectic nature of the city. The hotel has a relaxing spa, or you can cool off outside in the swimming pool. Bao Xuan serves up authentic Chinese cuisine, while Kakori claims to be “the best Indian restaurant in town” – why not try them both and see which one you prefer? 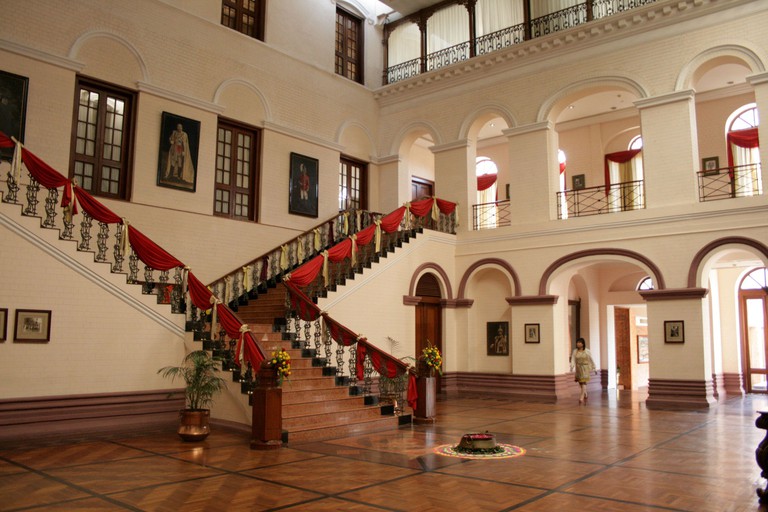 The Hotel Yak and Yeti sounds like it should be a hostel in the backpacking district of Thamel, but it’s not a hotel for travellers on a budget. This boutique establishment is an Haute Grandeur Global Hotel Awards winner, offering five-star luxury within walking of Kathmandu Durbar Square (and the backpacker bars in Thamel). This heritage hotel lies within a former royal palace and offers a casino, a spa, landscaped gardens, swimming pools and fine Indian dining at the Spice Room restaurant. 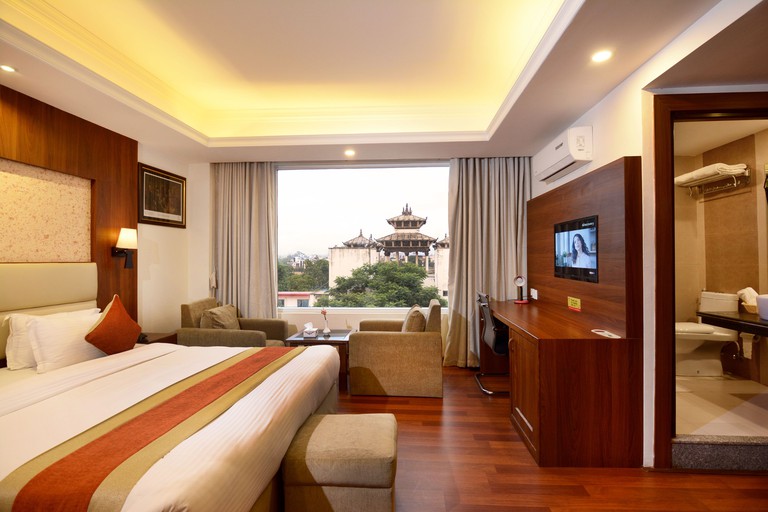 For understated comfort over regal grandeur, book the Kumari Boutique Hotel. It draws inspiration from Kumari, a Nepalese goddess who offers up energy and revitalisation for anyone who worships her, the sort of atmosphere you need after a trek into the Himalayas. Close to Thamel, the hotel only has 20 rooms, ensuring that all guests are treated to personalised service. Staff can organise airport shuttles, laundry and car- or bike-hiring services. 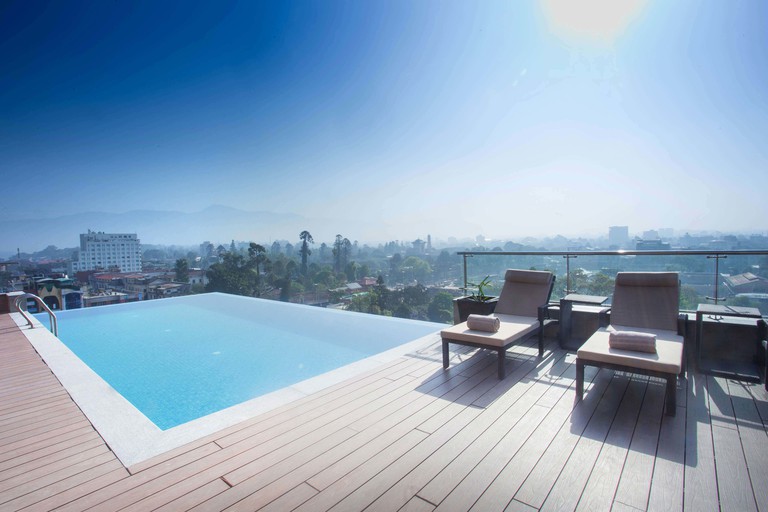 Hotel Mulberry might be in the middle of Thamel’s narrow, crowded streets, but as soon as you’re lounging around the rooftop infinity pool, you’ll be far from the maddening crowds. The Cocoon Spa offers you the chance to unwind next to the infinity pool, while you can continue enjoying the panoramic views of Kathmandu from the Koya Rooftop Bar. This hotel is one for the spa-loungers looking for a personalised retreat in the city centre.

Everything you need to know
Give us feedback