The 9 Most Challenging Treks in Nepal 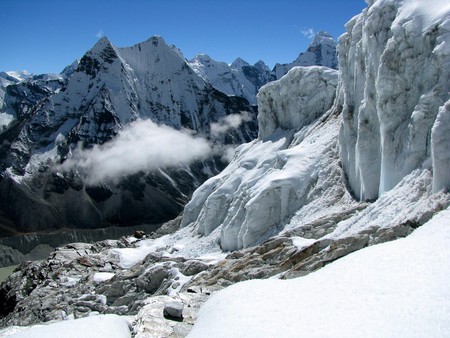 There are many trekking routes in Nepal suitable for a range of fitness and experience levels. You don’t have to be capable of scaling Mount Everest to enjoy many of Nepal’s outdoor pursuits. However, some treks are just hard. Whether long, cold, high in altitude or a combination of these, here are our picks of the most challenging treks. But you know what they say – no pain, no gain!

This very challenging trek crosses three passes of over 5,000 metres – Kongma La (5,535 metres), Cho La (5,420 metres) and Renjo La (5,340 metres). It passes through the Everest region, starting and ending at the same point (Lukla) so it’s a good option for experienced trekkers who have perhaps already done Everest Base Camp and are looking for a greater challenge. It also visits Kala Patthar, for incredible views of EBC, and the vibrant Gokyo Lakes.

The Dhaulagiri Circuit is often called the most challenging trek in Nepal for several reasons. First, it’s a camping trek, meaning there are no comfortable (or even basic!) lodges to retreat to at the end of the day, or if the weather turns bad. Second, it’s necessary to spend three days in a row trekking above 5,000 metres. At that altitude, many travellers experience a light head, racing heart, and difficulty sleeping. Third: combine the previous two points with the fact that you’ll often have to trek and sleep in snowy conditions. The Dhaulagiri Circuit may not be the most comfortable trek out there, but if you’re very fit, very experienced and up for a very big challenge, it’s a good one. 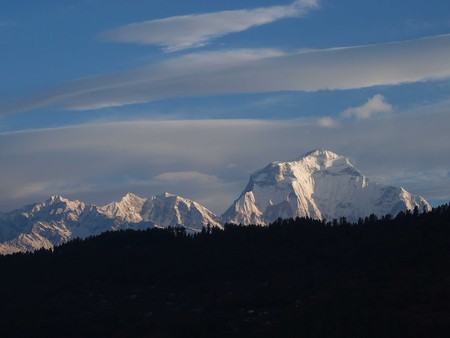 Dolpo, in Western Nepal, is one of the most remote and hard-to-reach places in the country. While the lower parts (Lower Dolpo) are relatively accessible, Upper Dolpo requires some carefully planned logistics and a high-cost permit to enter, at US$50 per day, for a minimum of 10 days. The infrastructure for trekkers is practically non-existent, so you’ll need to carry in all of your food and equipment, including tents. This makes it mandatory to hire an experienced guide while trekking here. There are also three 5,000+ metre passes to cross, and several nights spent at above 3,500 metres. But, trekking in Upper Dolpo is a once-in-a-lifetime experience for keen trekkers, and with the right preparations, the rewards are much greater than the struggles. 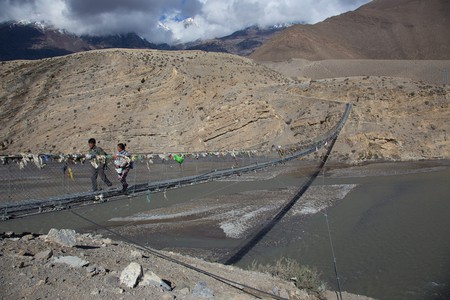 The wild Nar Phu Valley was closed to trekkers as recently as 2002, making a visit here all the more special. It’s between the more visited Annapurna and Manaslu regions, but is not frequently visited itself. It’s a challenging trek because of the long trekking days and the steep ascents. The highest elevation reached is 5,240 metres, and because the Nar Phu Valley is sparsely inhabited, with no trekking infrastructure, the distances between possible places to stay is long. This is a beautiful trek for its sense of solitude, as well as the mountain and valley landscape and the fascinating Tibetan Buddhist culture.

Rolwaling with the Tashi Lapcha Pass

The Rolwaling Valley sits between the Langtang Valley to its west, and the Khumbu region to its east. The trek starts at the edge of the Gaurishankar Conservation Area, crosses the very high Tashi Lapcha Pass (5,750 metres) and ends in Lukla. The Rolwaling Valley is not often visited by foreign trekkers, so you’ll likely have trails all to yourself (until you cross into the Everest region, that is). It is a very challenging trek, however, as the Tashi Lapcha Pass is very high and difficult, and usually covered in snow.

Although the Manaslu Circuit region has seen an increase in development in recent years, making the infrastructure for trekkers more extensive, it is still a lesser-visited place. Crossing the 5,125 metre-Larkya Pass can be especially challenging as it is usually covered with snow. The Manaslu Circuit is considered one of the best treks in Nepal, so any hardships faced on the way are likely to be worth it. 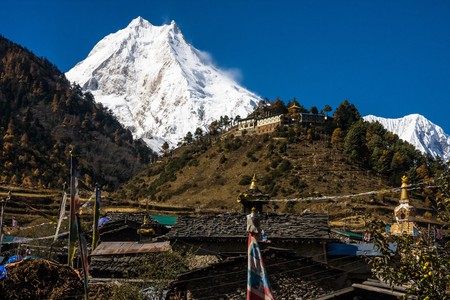 The Kanchenjunga Trek, in eastern Nepal, is one of the longest treks in the country, at around 27 days. You essentially walk around Mount Kanchenjuna (8,586 metres), which is the third-highest mountain in the world and straddles Nepal and India. You start at the north of the mountain and trek towards the south, crossing the Mirgin La (4,646 metres) en route. Not so many visitors to Nepal make it out to the east of the country, and this is considered one of the finest treks in Nepal, so is good reason to head out here.

Alright, this one isn’t actually very hard compared to others on this list. But it is much harder than many people realise, and that can cause problems. It’s common to hear people in Kathmandu saying: “Oh, I don’t have much time and I’m not very fit. I’m just going to do Poon Hill.” There’s nothing just about Poon Hill. The three-to-five-day trek is a good one if you don’t have a lot of time and don’t want to, or can’t, go far off the beaten path. But, the three million (only a slight exaggeration) steps uphill on the first day can be rather demoralising if you’re not expecting them, and can leave your legs pretty sore for the remaining days of the trek. Poon Hill’s a classic, with incredible sunrise views of the Annapurnas, but don’t underestimate it. 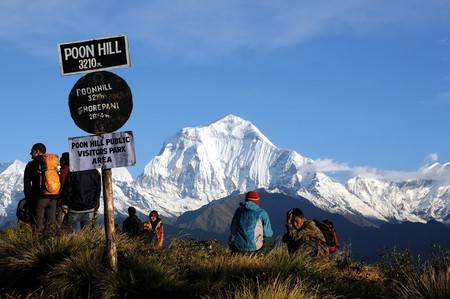 The Great Himalaya Trails are a network of shorter trails that run the length of the Nepali Himalaya, connecting them all and providing a continuous trek for those up for the adventure of a lifetime. The trail is divided into the ‘high route’ and the ‘low route’, passing through higher or lower elevations, respectively. The ultimate Nepal challenge, but also the ultimate adventure. 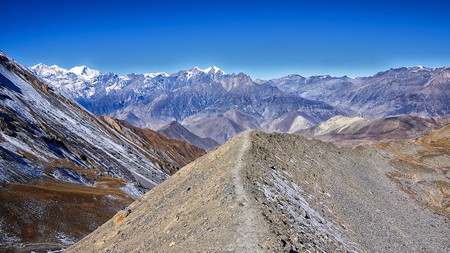 The Annapurna Circuit | © Simon Matzinger/Flickr
Give us feedback