The most ambitious among us put it on their bucket list: climb the highest mountain in the world. While many people see climbing Mount Everest as a crowning achievement, experts say the glory may not be worth the health risk.

“You shouldn’t attempt Everest unless you’ve done a lot of other mountaineering and have really proven to yourself that you can do that kind of thing relatively safely,” Dr. Kenneth Kamler, author of Surviving the Extremes, told ABC News.

The death toll this season at Mount Everest has reached 10, according to The Guardian. Last week a team on the mountain to retrieve a climber who died on Sunday found an additional two climbers and two Nepalese guides dead in a tent. Their discovery, accompanied by increased interest in getting to the top of the mountain, have added to mounting concern about unprepared climbers taking on the task.

“The biggest problem on Everest is the toxic mix of inexperienced climbers and unqualified guides,” Alan Arnette, who climbed Everest in 2011, told Fox News. “That is the new reality on the mountain.”

People train their whole lives to climb Everest. Going from sea level to altitudes well exceeding 15,000 feet can take a fast, severe toll on the body without the proper preparation. Altitude sickness can cause dizziness, fatigue, loss of coordination, vomiting, and, in sever cases, inability to breathe. Frostbite, avalanches, and falls are also concerns. For an inexperienced climber, improper training can really mean the difference between life and death. 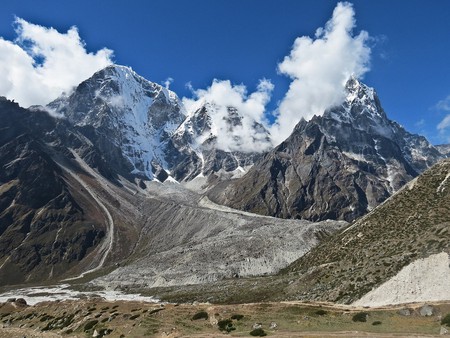 “Altitude is not natural to the body,” Kamler told ABC News. “The body can’t acclimatize to an altitude higher than about 18,000 feet. Beyond that your body just deteriorates.”

Experts hope that by making the public aware of the problem, they’ll curtail overwhelming interest in climbing the mountain and also raise awareness about how serious of a task Everest is to take on.