Kollywood: The Essential Films of Nepal

Nepali cinema, whilst not as established as Indian cinema, is hugely influenced by Bollywood; Nepali films often use Bollywood-style songs and narrative. This has earned the Nepali film industry the name Kollywood, after the capital and center of the Nepali-language film industry: Kathmandu. 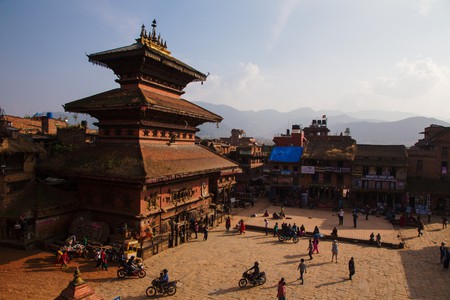 Nepal’s Kollywood film industry (confusingly India’s Tamil-language film industry, based in Chennai, is also often called Kollywood) is relatively undeveloped and relies heavily on talent and resources from Bollywood. The first known film to be made in the Nepali language was DB Pariyar’s Satya Harishchandra in 1951. However it was produced in India and released in Calcutta. Nonetheless the Nepali film industry has produced several films over the last 50 years, many of which cast a critical eye on the upheavals which have beset the country over the last few decades and which offer an insightful glimpse into the culture of this remote Himalayan country. We look at the four directors whose work has defined Nepali cinema.

Following the production and release of Harishchandra in Calcutta in 1951, Aama (Mother) was the first film to be created solely in Nepal and premiered in Kathmandu in October 1964. The film was intended to subtly promote the government and the system of monarchy; thus King Mahendra requested that Hira Singh Khatri, a prominent Bollywood filmmaker, direct the film. However, due to the fact that there was no film industry in Nepal prior to this film, the leading roles were taken by popular singers rather than professional actors. Nevertheless, Aama marks the beginning of the Nepali film industry and was very successful.

It tells the story of a young Nepalese man who returns home after fighting in a foreign army for a couple of years to earn money for his poor, widowed mother. Unfortunately, she dies before he is able to see her. The film focuses on the loss of Nepalese people to other countries and the consequences of this loss on the families left behind. The film emphasizes the importance of looking after the motherland, depicted to share the same importance as looking after a mother. 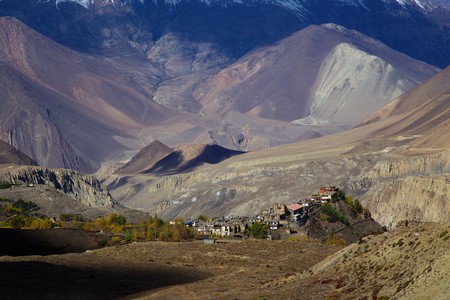 In the mid-80s, Nepali filmmakers like Tulsi Ghimire, started the Kollywood trend. Ghimire is one of the most renowned and prolific directors of the Nepali film industry. He was born in Kalimpong in India, but moved to Mumbai in 1974 to work in the Hindi film industry. His mentor, Bollywood editor Kamlakar Karkhanis, told Ghimire that he should make ten films in his own Nepalese language. He has since been involved in more than 21 Nepali films.

His most successful film is Chino (1991), which is also one of the most successful films in Nepalese history and still holds the record for the length of time it was shown in the cinema. This film, with its action, romance and drama, emulated and celebrated Bollywood cinema. His other highly popular Bollywood inspired film, Darpan Chhaya (Reflection) released in 2001, surpassed Tulsi Ghimire’s own earlier 1987 classic Kusume Rumal to become the highest grossing Nepali film of all time.

Tulsi Ghimire’s other films mostly focus on the political issues facing Nepal. His 1989 film Lahure (Soldier), centers on the Gurkha soldiers and the sacrifices made by them and their families. The film Balidaan (Sacrifice), released in 1996, with its depiction of Nepal’s Communist movement, was banned in 2005 when King Gyanendra, together with the army, imprisoned Nepal’s most influential politicians and took over power. Ghimire’s 2010 film Desh (Nation), is concerned with Nepal’s increasingly secular republic and the social uncertainty which has led many to move abroad. 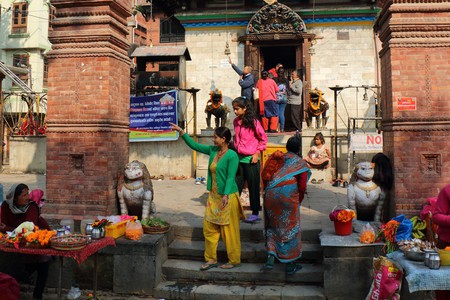 Neer Bikram Shah, or Nir Shah, is related to the Royal family of Nepal and is an actor, director, businessman, lyricist and poet. One of his most recognized films is Basudev (1984), which is considered to be one of the best examples of realistic Nepali cinema and marked a turning point towards film that raised awareness of social issues. The film shows how a principled man, Harihar Sharma, has a difficult and tragic life, unlike his less than honorable friend, due to living in a society in which corruption is endemic.

In 2002 Shah was celebrated by the Minister for Culture, Tourism and Civil Aviation in recognition of his contribution in the ‘promotion of Nepalese art and culture and tourism industry’. Neer is also the founder of the first television channel in Nepal and has a major company which licenses Nepali productions abroad. As such he is one of the most powerful media figures in Nepal. 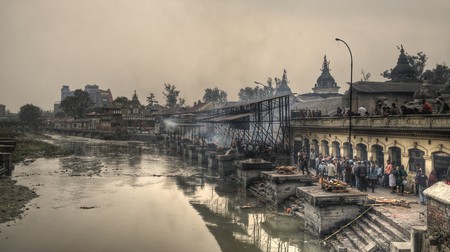 Tsering Rhitar Sherpa is one of the most unique Nepali film directors as he prefers to produce films which offer a more personal perspective and which contrast with the previous, more commercial Nepalese films. His first feature film Mukundo (Mask of Desire) was released in 2000 and was the first independent Nepali film to gain international recognition.

Mask of Desire provides a bewildering and fascinating insight into the otherwise unknown world of Nepali superstition and psychology. The story, which was reportedly inspired by a true incident, follows the burly and well-meaning night watchman Dipak who lives happily with his wife, Saraswati, and two daughters. Unbeknownst to him, his wife is agonizing over her inability to produce a baby boy. However, when that baby arrives, he gets ill and dies. As a result Saraswati believes she must have upset the gods and so goes to see Gita, a beautiful widowed spiritual healer, despite Dipak’s reluctance. This crisis of faith brings about a dizzying climax, leaving the lines between secular and spiritual desires eerily blurred. His latest film Karma (2006) again evokes themes of spirituality and materialism and questions how the line between them can become blurred in modern day Nepal. 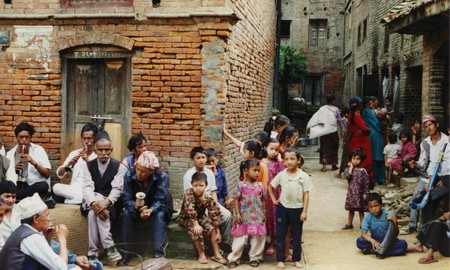