How to Spend 24 Hours in Kathmandu, Nepal 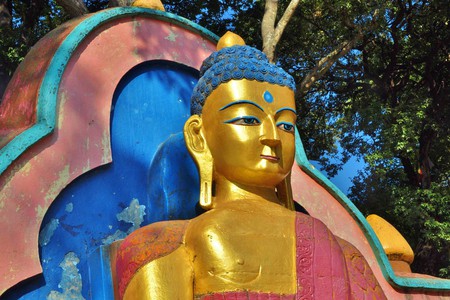 Almost all visitors to Nepal have to pass through the capital as it’s home to the only international airport in the country. And while it’s often overshadowed by the alluring call of the Himalayan mountains, Kathmandu is a culturally and historically rich city worth exploring. If you’ve only got one day to spare, read our guide to discover the best the capital has to offer.

Where to stay in Kathmandu

While busy tourist neighbourhoods are not everyone’s cup of tea, there’s no denying that Thamel, in central Kathmandu, is the most convenient place to stay. If you need to plan onward travel (such as to the mountains or the jungle national parks), most agencies and supply stores are in Thamel and early-morning buses leave from the nearby Kantipath Road. If you’re looking for some quiet, there are a few lovely boutique hotels where you can retreat from the busy-ness of the streets outside. We recommend the legendary Kathmandu Guest House or the very peaceful Kantipur Temple House. The following itinerary assumes that you are staying in Thamel. 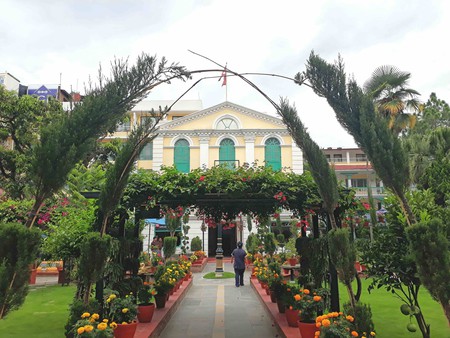 After breakfast at your hotel, while the weather is still cool, take a walk to the Swayambhunath stupa, visible on a hill to the west of Thamel. The walk should take half an hour to an hour and requires climbing some steep steps at the end to ascend the hill.

Swayambhunath is an ancient Buddhist stupa, with a golden honey-spoon crown and languorous Buddha eyes looking out from all four sides. It’s one of the most iconic sites of Kathmandu and is surrounded by numerous statues, temples and stone chorten – as well as the numerous creatures that give the place the nickname of ‘monkey temple’. Circle the stupa clockwise, stop to peep into all the little shrines around the outside and spin the prayer wheels. 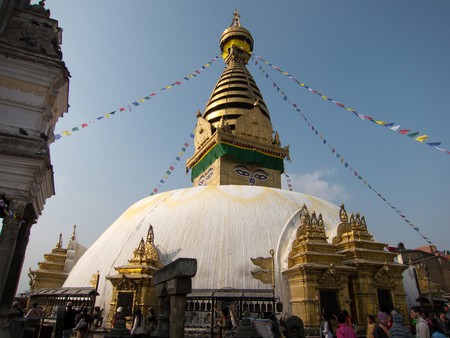 From the bottom of the steps, grab a taxi over to Patan, on the southern side of the Bagmati River that runs through Kathmandu. Depending on traffic, the ride could take up to half an hour. Ask to be taken to Patan Dhoka. This is the gate at the entrance to Old Patan and from here, it’s a short walk to the Patan Durbar Square.

The Patan Durbar Square is a medieval square full of temples, statues, a water tank and a large palace building that now holds the excellent Patan Museum. Spend the rest of the morning in the museum and explore the temples in and around the square (such as the amazing Golden Temple around the corner).

Pro tip: Taxi drivers will most definitely try to rip you off. Unless you speak Nepali, this is impossible to avoid. Haggle, but keep it friendly. A few pennies to you makes a huge difference to them.

For lunch, enjoy a full dal bhat meal at the restaurant inside the museum. Or, if you love street food and trust your stomach, grab a more down-to-earth lunch made up of bara (lentil pancake) or sekuwa (grilled meat) at one of the hole-in-the-wall establishments in the lanes around the square. 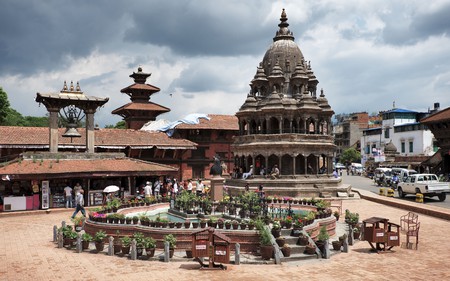 If you feel like shopping, head to Pulchowk Road. You can either walk here from Durbar Square in around half an hour or take a taxi from the Mangal Bazaar side of the square. Browse through a number of fair-trade shops, including the impressive Sana Hastakala and Dhukuti multi-story shops that sell crafts, such as shawls, pottery, jewellery, hand-printed bed linen, rugs and hand-made paper, predominantly made by women artisans. A couple of hours can easily be spent browsing the shops on Pulchowk.

Pro tip: If you’ll be in town for a few days, you can even order some tailoring to pick up later. The tailors and clothing boutiques on Pulchowk are less touristy than those in Thamel, so you’re likely to find better-quality pieces for friendlier prices.

Just off Pulchowk is the Kupondole area, which has the largest concentration of street art in Kathmandu. Look for the temple at the intersection with Pulchowk, where the traffic police are usually hanging out, and head down that road. You don’t need to go far before seeing beautiful full-wall murals and stencil art. Some of the best contemporary art in Kathmandu can be found on the walls outside. 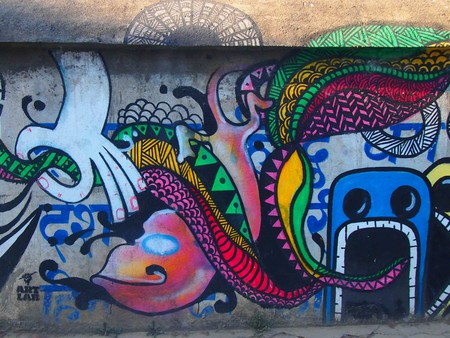 After a stroll around Kupondole, hail a taxi and head back to Kathmandu. You may want to make your way back to your hotel briefly to freshen up (Kathmandu is a dusty city!) or if you’re already hungry, visit Durbar Marg. This upmarket shopping area is just down the road from Thamel and leads towards Narayanhiti Palace. There are a number of nice international restaurants along here to choose from, from Indian to Japanese, so go with whatever takes your fancy.

Pro tip: The idea of eating sushi in Nepal, a land-locked country, is unappealing to many people. But, if you’re looking for good Japanese food, you can’t go wrong at the places where Japanese Embassy staff dine. Durbar Marg has some good Japanese restaurants with top-notch sushi.

Dance to a band in Thamel

If you still have some energy left after the day’s walking and sightseeing, seek out some live music in Thamel. There’s always some cover band or other to dance to in places like Tom & Jerry’s (a favourite haunt among Nepal’s river guides), Reggae Bar or Purple Haze. But, if you want something a little more original, local rock, reggae and jazz talent often play at House of Music, around the corner from Thamel’s main drag, on Amrit Marg. You’ll be happy with your convenient Thamel-based accommodation at the end of the night. 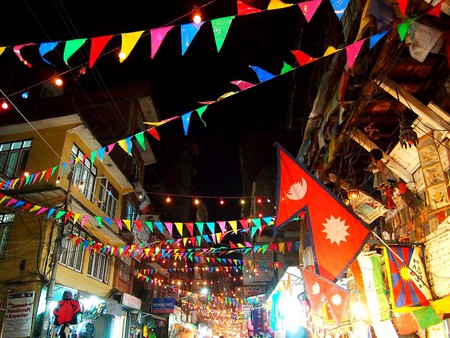