How To Spend 10 Days In Nepal's Terai Region 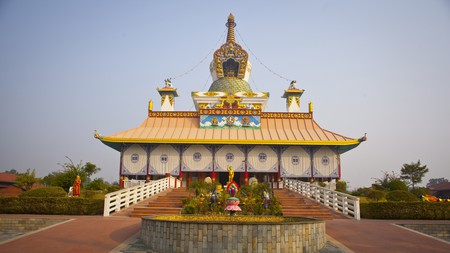 A few long bus journeys and 10 days on the road can give you an overview of Nepal’s southern lowlands, home to two of the country’s best wildlife reserves.

Nepal’s southern lowlands – a region known as the Terai – are home to a pair of excellent wildlife reserves, one of the world’s most important Buddhist sites and a magnificent Hindu temple that attracts pilgrims from far and wide. This 10-day itinerary allows you to visit many of the region’s highlights.

In the eastern Terai, the small city of Janakpur is an important pilgrimage destination for Hindus from Nepal, India and beyond. After checking into your accommodation – Hotel Welcome is a solid choice – stroll through the bustling old quarter to the city’s focal point, the Janaki Mandir. This lavish marble-and-plaster temple was built in the 1910s and is dedicated to the Hindu goddess Sita.

After looking round the mandir (Hindu temple), head over to the Janakpur Women’s Development Centre, an artists’ cooperative whose members produce exquisite paintings, screen-prints, ceramics, textiles and crafts. The centre is open to the public, and visitors can meet the artists and buy some of their work.

For dinner, journey back to the old quarter, where there are numerous low-cost vegetarian restaurants and shops selling tasty mithai (sweets). 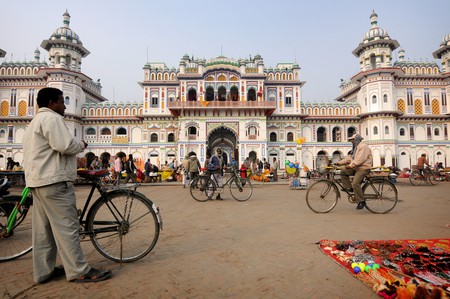 In the morning, take a bus west to the twin cities of Narayangadh and Bharatpur, which jointly form one of the Terai’s major transport hubs. From here, catch another bus or a taxi to the village of Sauraha, situated just outside Chitwan National Park, Nepal’s premier nature reserve.

The journey from Janakpur to Sauraha takes a whole day, so after checking into your accommodation – try the tranquil Sapana Village Lodge or the more centrally located River View Jungle Camp – grab a quick dinner before bed.

Spend the next two days exploring the park, where 932 square kilometres (230,302 acres) of forest and grasslands are home to more than 600 one-horned rhinos, as well as wild elephants, monkeys, gaur (Indian bison), two species of crocodiles and around 100 tigers. Guided walking tours, jeep safaris and canoe trips can all be arranged through your accommodation.

Sauraha has a range of traveller-friendly restaurant-bars, many of them strung along the banks of the Rapti river – KC’s is one of the standouts. 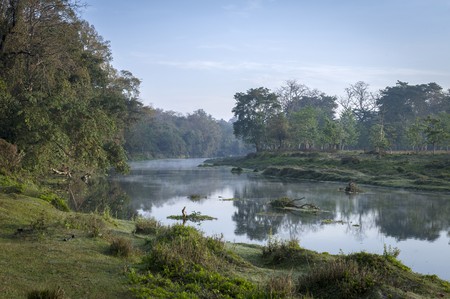 The next day, get up early and travel to Lumbini, birthplace of the Buddha. Catch a bus west to the town of Bhairahawa (also known as Siddharthanagar) and then another bus or a taxi onto the village of Lumbini Bazaar; the entire journey will take most of the day. When you arrive, check into the budget Lumbini Village Lodge or the smarter Buddha Maya Garden Hotel, which also has a good restaurant.

Spend the next day looking around the vast Lumbini site, which contains Buddhist temples, monasteries, meditation centres, a museum, gardens and parkland. The centrepiece is the sacred garden, home to the Maya Devi Mandir, a temple that dates back to 300 BCE and marks the precise spot of the Buddha’s birth. At the opposite end of the Lumbini site is the shimmering white-and-gold Peace Pagoda. 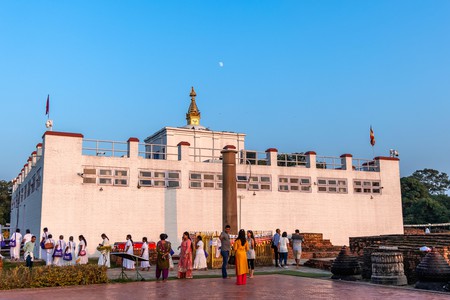 Early the following morning, head back to Bhairahawa, take a bus onto the town of Butwal and then another to the larger town of Nepalgunj. It’s a long journey, so after checking into your hotel – try the peaceful Traveller’s Village or the modern Hotel Siddhartha, both which have good restaurants – and having dinner, you’ll probably be ready for an early night. 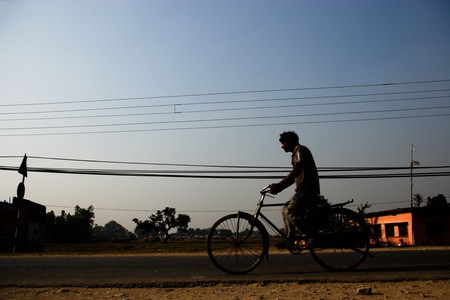 The next day, catch a bus west to the sleepy village of Thakurdwara, which sits on the edge of Bardia National Park; you may have to change buses at Ambassa, a tiny settlement that sits on the Mahendra Highway. Thakurdwara is scattered with simple lodges and guesthouses, most with their own restaurants: the well-run Mango Tree Lodge and Forest Hideaway Hotel & Cottages are both good options. 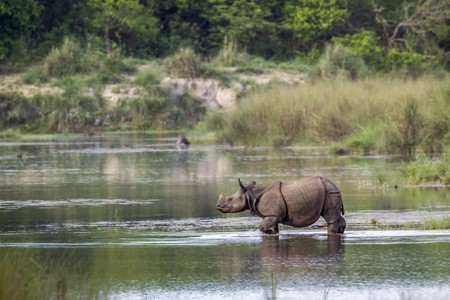 Spend your final two days exploring this remote park on guided jeep, walking and rafting safaris. Bardia receives far fewer visitors than Chitwan and retains more of a rugged, wilderness feel. Its forests and savannah are home to around 29 rhinos – sightings, though not as common as at Chitwan, are a regular occurrence – as well as tigers, mugger and gharial crocodiles, wild elephants, langur monkeys and blackbucks, while rare Gangetic dolphins are found in the Geruwa river on Bardia’s western fringes.