A Guide to the Kathmandu Valley in the Heart of Nepal 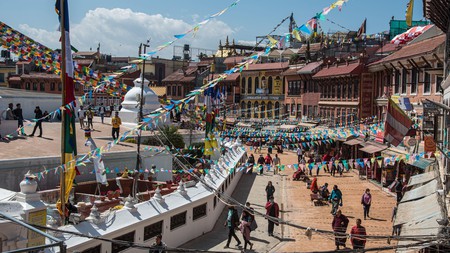 The Kathmandu Valley, located in the heart of Nepal, is packed with religious, historical and cultural sites. These are the top few that shouldn’t be missed.

In the heart of Nepal, surrounding the country’s capital city, the Kathmandu Valley is packed with an incredible array of fascinating sites. These include sacred Hindu and Buddhist temples, medieval cities and royal palaces, bucolic national parks and superb Himalayan panoramas. You could spend many weeks or even months exploring the region, but we’ve picked out some of its main highlights.

Just south of Kathmandu – but significantly quieter and more relaxed than its larger neighbour – the cultured city of Patan has long had a reputation for producing exquisite artworks, crafts and architecture.

Its central Durbar Square boasts an ancient royal palace – now home to the excellent Patan Museum, whose wide-ranging collection includes sculptures, bronzes and woodcarvings – and is surrounded by a series of ornate Hindu and Buddhist temples and shrines. They include the opulent, three-tiered Golden Temple and the venerable Kumbheshwar Mahadev Mandir, which dates back to the 1300s and is the oldest in the city. 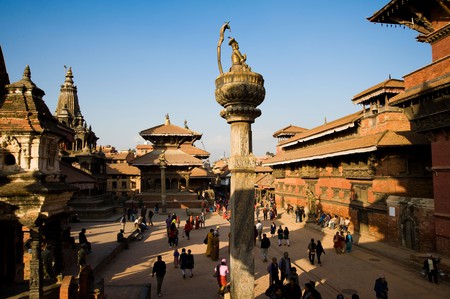 Set on the banks of the Bagmati River and dotted with shrines and temples, Pashupatinath is the holiest Hindu pilgrimage site in the country. Its focal point is the magnificent Pashupati Mandir, a towering, golden, pagoda-style temple dedicated to the god Shiva. Only Hindus are allowed to enter the temple itself, but the views from outside are still highly impressive.

The shores of the river are lined with ghats, stepped platforms used for cremations or ritual bathing, and the whole area buzzes with the many pilgrims and sadhus (holy men) who have travelled from across Nepal and beyond. 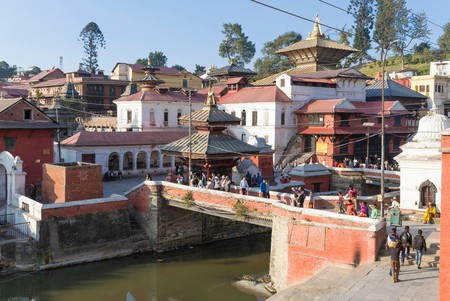 This town is home to one of the most important Tibetan-Buddhist monuments outside of Tibet: a massive white stupa (dome-shaped shrine) topped with a golden spire and decorated with long lines of colourful prayer flags. Flanked by shrines and monasteries, the stupa is at its most atmospheric in the early mornings and evenings, when tourist numbers are at their lowest and monks, pilgrims and locals arrive to perform the kora, a meditative, devotional circuit around the base of the shrine. 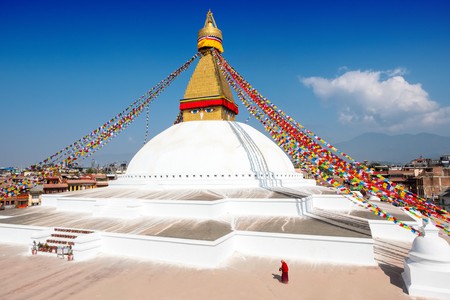 In the northern reaches of the valley, and taking its name from the 2,732-metre (8,963ft) Shivapuri peak, this thickly forested national park is criss-crossed with walking and mountain-biking trails. The most rewarding hike to the summit of Shivapuri goes via a former Buddhist monastery, the Nagi Gompa, and a Hindu hermitage. There are sweeping views of the Himalayas from the top – though make sure you start the hike early, as clouds often roll in during the afternoon.

The park is also rich in wildlife, including deer, monkeys, bears and more than 300 species of birds, as well as leopards, though you’ll need a large slice of luck to spot one. 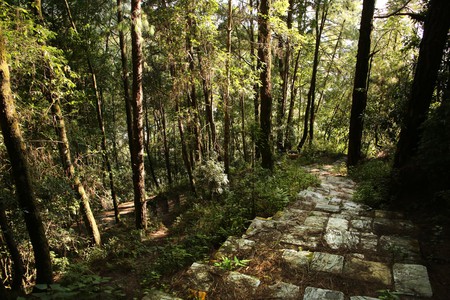 The best-preserved medieval city in the Kathmandu Valley and a UNESCO World Heritage Site, Bhaktapur is an enchanting place to visit. Easily explored on foot, it boasts a stately royal palace, entered via a gleaming golden gate, as well as countless mud brick-and-wood temples, shrines and mansions, many of them strung around the Durbar Square.

Other attractions include the National Art Gallery, which has a large collection of evocative Newari-style paintings, and Taumadhi Tol, a bustling square lined with temples and filled in the evenings with hymn singers and street food vendors. Also keep an eye out for Bhaktapur’s famous juju dhau, a rich, sweet and spiced buffalo-milk curd traditionally sold in rustic clay bowls. 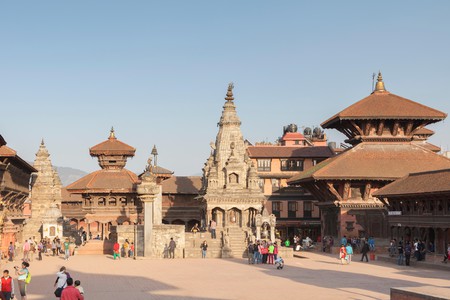 A short drive north of Bhaktapur is the hilltop temple complex of Changu Narayan, whose oldest sections date back almost 2,000 years. The stone sculptures and carvings that decorate the main temple, which is dedicated to the Hindu god Vishnu, are considered some of the finest in Nepal. Changu Narayan is also the starting point for an enjoyable half-day hike to the town of Nagarkot, just outside the Kathmandu Valley and famous for its views across to the Himalayas. 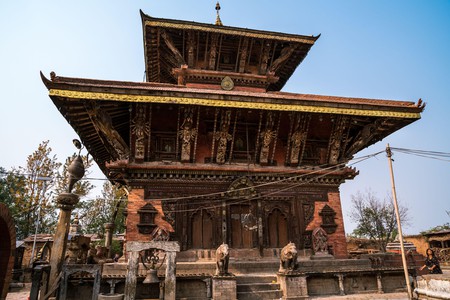 Tips to keep in mind

Getting around: Travelling between destinations in the Kathmandu Valley is straightforward: distances are short, and there are plenty of buses, taxis and auto-rickshaws. That said, the main routes are notoriously prone to traffic jams, so journeys often take longer than expected.

Where to stay: Although it is easy to stay in Kathmandu and explore the valley on half- and full-day trips, Patan, Bhaktapur and Boudha – among others – have some excellent accommodation options. Try the peaceful, mid-range Hotel Summit in Patan; the simple, monastery-run Shechen Guest House in Boudha; or the charming Peacock Guest House in Bhaktapur. 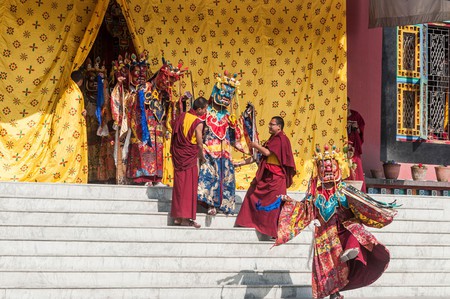