10 Nepal Based Films You Need to Watch 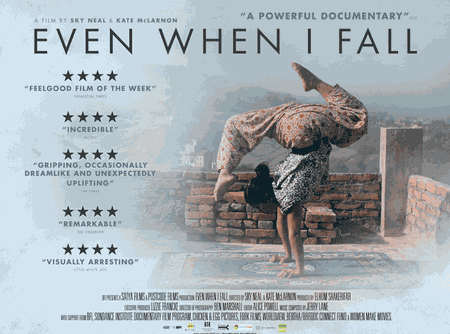 Although Nepal’s scenic landscapes make it a perfect choice for film sets, the country doesn’t get as much big-screen attention on the international stage as it should. Despite this, there are a few noteworthy films produced and directed by both Nepalis and foreigners that will entertain and teach you about the country’s history and culture.

Directed by French director and photographer Eric Valli, Himalaya was the first Nepali film to receive an Academy Award nomination for Best Foreign Film. Shot on location in Dolpo, an extremely remote part of Far Western Nepal that partly sits in the rainshadow of the Himalaya, the story focuses on a group of villagers who are known to make annual treks with a caravan of yaks to trade salt for grain. However, with rivalries between the ageing chief and the new young chief-to-be and allegiances dividing the villagers, the film captures their rival journeys and the hardships along the way. Local villagers were used in this film, which showcases a clear divide between the young and the old. 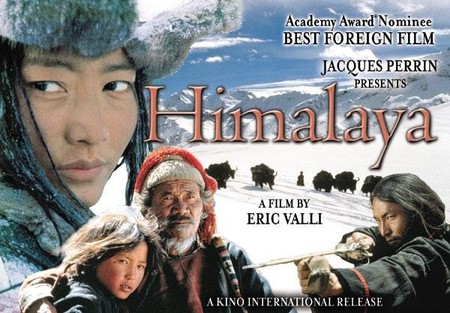 A feature-length documentary about Circus Kathmandu – Nepal’s first and only contemporary circus – Even When I Fall follows the lives of performers who had been trafficked into Indian circuses as young children. British directors Sky Neal and Kate McLarnon worked with the circus for over six years and narrated the story through two female performers, Sheetal and Saraswoti, each with their own heart-breaking story. According to this expose, each year, 10,000 children are abducted or sold to Indian circuses. They train and perform under harsh and abusive conditions, rarely (if ever) see their families and lose out on a proper childhood.

Seto Surya, directed by Deepak Rauniyar, is a beautiful film that exemplifies William Faulkner’s famous quotation: ‘The past isn’t dead. It’s not even past’. After nearly a decade, Chandra returns to his home village deep within the mountains of Gorkha District for his father’s funeral. There, he has to confront his brother Suraj, who was on the opposite side to Chandra during the civil war. The film shows that although it’s been more than 10 years since the end of Nepal’s war, the scars and divisions it caused have not been forgotten. Seto Surya was screened at the Venice Film Festival and the Toronto International Film Festival, among others, to wide acclaim.

A low-budget film by young Nepali filmmaker Eelum Dixit, Red Monsoon cleverly adheres to – and then rejects – many common tropes of South Asian film. The cast of characters is familiar to viewers of mainstream Bollywood movies that dominate South Asian filmmaking: there’s the promiscuous, trouble-making middle-aged neighbour, the abusive father, the comic servant, the abused daughter-in-law, the loving but over-protective father and the disgraced daughter who elopes with a man of her choice. But, things don’t quite turn out as they would in a Bollywood film.

Spanish director Iciar Bollain captures the life of Laia, a young teacher and social worker who, like so many real-life travellers, arrives in Kathmandu full of idealism, but soon finds out how hard it is to make a difference within a broken system. She marries a Nepali man so she can stay in the country and continue her work in the slums of Kathmandu, soon finding herself falling in love with him for real. Although a Spanish production, the film is in English and Nepali. 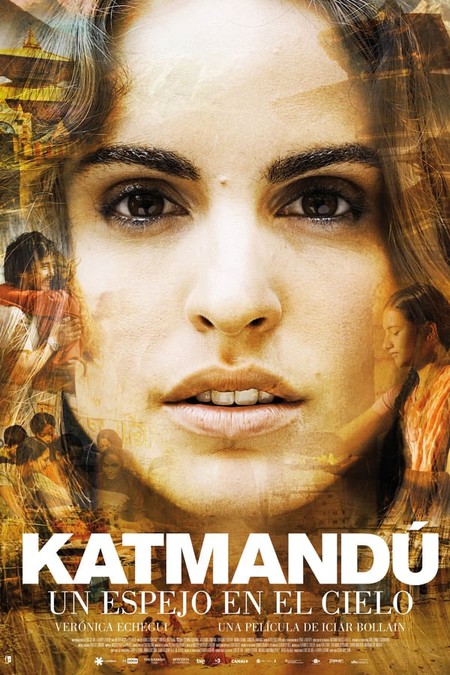 Nepal’s most famous export is its Gurkha soldiers, who have been recruited into a special regiment of the British army for over 200 years. Young men are enlisted from around Nepal in a rigorous six-month selection process. Earning a place in the Gurka regiment not only brings the selected prestige, it also gives them a British salary and the chance to travel the world. Who Will Be a Gurkha, a documentary film by Nepali director Kesang Tseten, follows this stringent three-phase selection process. 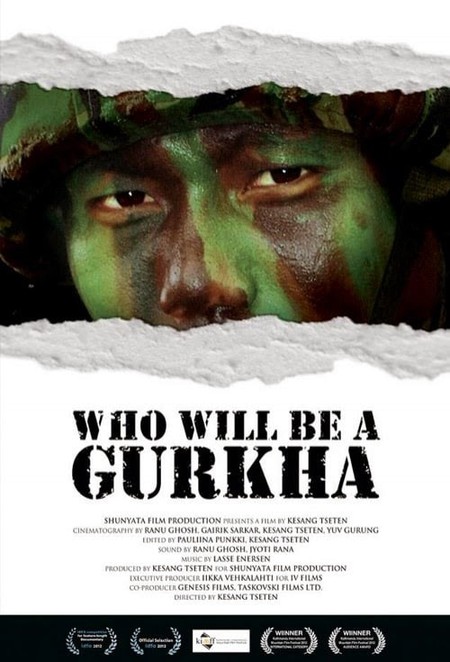 The Sari Soldiers, directed by Julie Bridgham, follows six women who were deeply involved in Nepal’s civil war in various ways: Devi, whose daughter was kidnapped by the Royal Nepal Army; Kranti, a Maoist commander; Rajani, a Royal Nepal Army officer; Krishna, a monarchist; Mandira, a human rights lawyer; and Ram Kumari, a pro-democracy student activist. It shows that even in a country as patriarchal as Nepal, women are not mere bystanders in society. 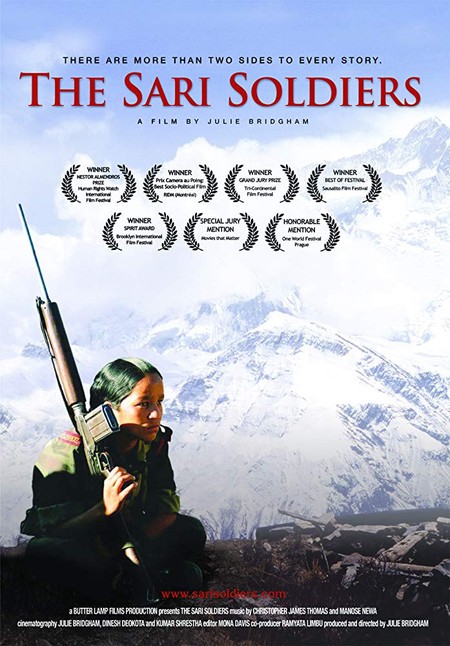 The film revolves around the lives of six women, who refuse to be bystanders | © Butter Lamps Film Production

Highway to Dhampus, directed by Rick McFarland, was the first feature-length film to have been shot almost entirely in Nepal by an American crew against the beautiful backdrop of the country’s mountains. The story revolves around foreigners Elizabeth and Colt, who visit an isolated orphanage in the mountains, supposedly to do charitable work. However, their intentions are not what they first seem. The film takes this plot and goes on to reflect the lives of ordinary people living an ordinary life while answering questions about love, giving and making a difference.

Everest, directed by Baltasar Kormákur, is based on the book Into Thin Air by Jon Krakauer, which, many claim, was far more superior. It recounts the disastrous Everest expedition that Krakauer and a group of foreign and Nepali climbers embarked on in 1996, when eight of them, including the expedition leader, was killed. The book is certainly more nuanced than the film, which was criticised for erasing the important roles of the Sherpa people, a major ethnic group in Nepal, during the expedition. Although the movie has its fair share of problems, adventure film buffs may appreciate it just for the subject. 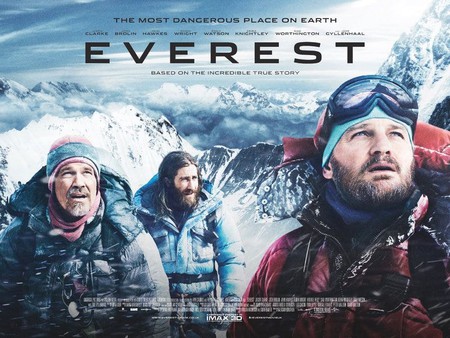 If mainstream Hollywood has been guilty of sidelining the Sherpa people who are essential to the lucrative Everest-climbing industry, Sherpa recentres them. Australian filmmaker Jennifer Peedom got the idea for the documentary after hearing about the violent confrontations between Sherpas and foreign climbers in 2013. She filmed it during the 2014 climbing season, during which an avalanche killed 16 Sherpas, and was – until the earthquakes the following year – the deadliest day on the mountain. The film focuses on Phurba Tashi, a Sherpa who had submitted Everest 21 times but was under pressure from his family to retire due to the high risks involved. 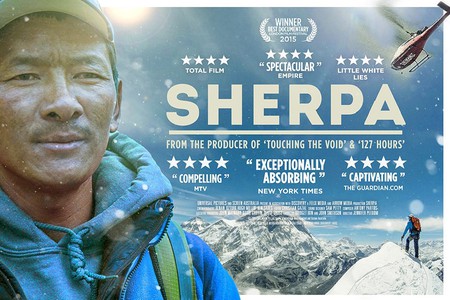 A touching film based on the life of a Sherpa, who has summitted Everest 21 times | © Felix Media and Arrow Media
Give us feedback