Top Tips For Getting Around Myanmar 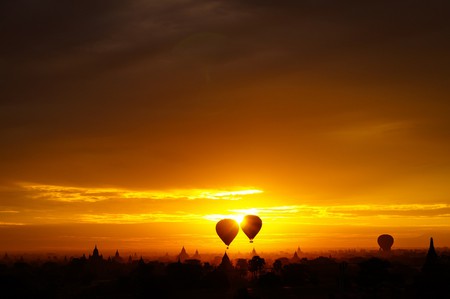 Transportation in Myanmar is not as cheap or even as efficient as other southeast-Asian countries. Here’s the low-down on how to get from A to B when visiting this Southeast Asian nation.

For getting around Yangon…

By taxi: The best way to get around in this traffic-jammed city is, unfortunately, by taxi. It is the most efficient method of transportation, and if you’re travelling with friends, it can be quite cheap. Bear in mind you’ll have to bargain in order to get a better rate. For short distances, 2,000–4,000 kyats (US$1.50–3) suffices. For longer journeys, such as from Yangon airport to the city centre, you’ll most likely be charged 6,000–10,000 kyats (US$4–7.50).

By bus: A cheaper option is to take the bus. Recently, they’ve been regulated and there is an actual schedule in place; however, the buses are usually quite crowded and with traffic being so awful, you’d be better off shelling out a few extra dollars and taking a taxi for convenience. A one-way journey costs 200 kyats (less than US$0.50).

By foot: Exploring Yangon is often best done by walking. Though it isn’t exactly the most pedestrian- or bike-friendly city, downtown Yangon is accessible and there are many attractions to see within a few blocks.

For getting around Mandalay…

By motorbike taxi: Motorbikes are not allowed in Yangon, besides a few who slip under the radar with an electronic bike. For strange political reasons, this has been banned. However, Mandalay is a much larger city, more spread-out, and it is possible to ride motorbikes here. Motorbike taxis are cheaper than car taxis, so a typical ride between two destinations in the city should come to less than 5,000 kyats (US$3.50). 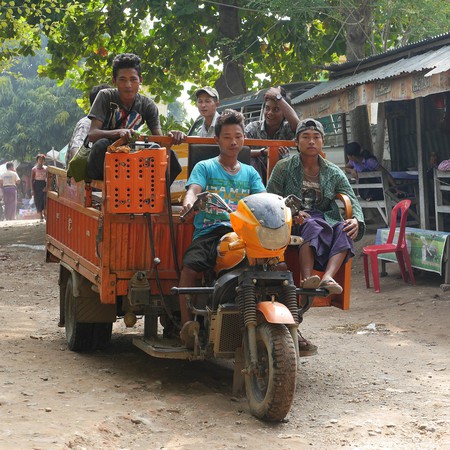 By car: Another way to get around is by hiring a car. If you are travelling around Mandalay and its outskirts, it is easy to rent a car for the day and split the costs with family or friends. There is a lot to see outside of the city; a day trip to the picturesque town of Pyin Oo Lwin is a popular option. Depending on the car and number of people, this journey shouldn’t cost more than 100,000 kyats (US$73) for the entire day – and can be far less if you do half-day trips.

By bus: Overnight busses are very popular in Myanmar. One of the best ways to get from Yangon to the two of the nation’s most famous tourist attractions (Bagan and Inle Lake) is by bus. The most reliable company to choose is JJ Express, which has great service (and doesn’t turn the air-conditioning to absurdly cold temperatures). Day buses between cities are also available; for example, from Mandalay to Inle Lake and from Taunggyi to Loikaw.

By train: Ah, trains. If you’ve ever watched an Anthony Bourdain show, you’ll know that this is one of the most adventurous, and romantic ways to see the country. But it’s not exactly comfortable unless you get a first-class seat, and even then the conditions are questionable. However, it’s cheap (less than a few dollars worth of kyat) and you’ll be living an unforgettable experience. 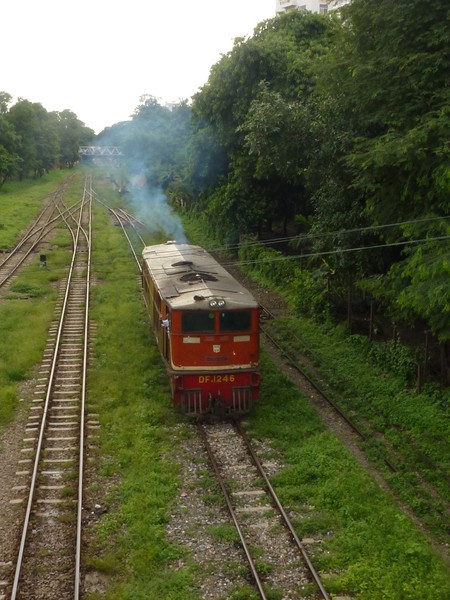 By air: For some reason, budget airlines have yet to come to Myanmar. While flights to Bangkok via Air Asia can cost less than $50, to fly anywhere domestically will cost approximately $100. However, it is usually (save for a few delays) reliable, fast and efficient if you’re going for business or simply don’t want to take an overnight bus.

By linecar: A linecar is one of those trucks whose bed has been converted into two benches facing each other, with lots of room for stuff in between. These are usually taken by locals, a cheap way (usually a few thousand kyat for hefty distances) to get from Taunggyi to Nyaungshwe, for example. But by the time you get to your destination, you’ll often find you’re dusty and that your body is aching from the hard seats and bumpy roads. You’ll spend the money you didn’t spend on transportation on a massage instead.

By boat: There are all sorts of boats in Myanmar. There are liveaboard boats in Myeik, engine-powered canoe-like boats in Inle Lake, ferries in Yangon, a luxury ship that goes from Bagan to Mandalay…the list goes on. Boats are never particularly efficient means of transport, but can be a fun way to see otherwise overlooked villages along the way.

By hot air balloon: Hot air balloon rides in Bagan are what draws most people to Myanmar. There is nothing like that landscape of hot air balloons over the sunrise. It’ll cost about 400,000 to 550,000 kyat (US$300–400) for an hour-long ride in Bagan, and about the same at Inle Lake.

By trishaw: Trishaws are a traditional mode of transportation dating back centuries – they’re very fun to ride, but only great for short distances. There is a man on a bike, a sidecar with two seats, and another wheel holding the sidecar up. Do it for the experience, since it only costs a couple of dollars. 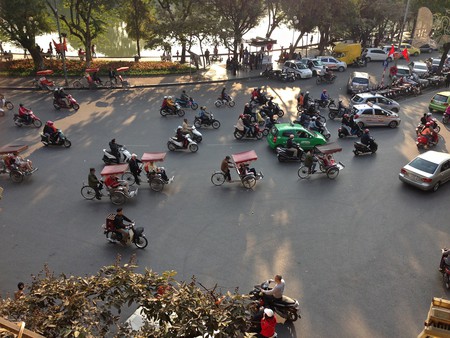 Trishaw | © KatherineSlade/Pixabay
Give us feedback