In 1996 Burma nominated eight properties for UNESCO World Heritage Site status. As of yet, none have been accepted and remain on UNESCO’s tentative list. Burma is considering UNESCO’s suggested improvements, working towards building heritage sites founded upon stable conservation and preservation strategies. The controversial site Bagan Archaeological Area and Monuments has entered scholarly discourse, provoking strong reactions from archaeological experts. 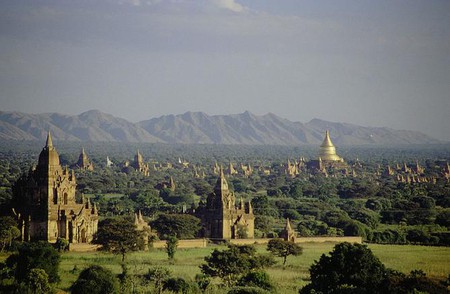 Burma’s tragic political history has seen years of repression, brutal military leadership and tortured civilians. Countries across the globe vocalized their disdain for Burma’s appalling human rights and corrupt military junta by disassociating themselves politically and economically. Anti-tourism campaigns and laws to discourage investment were firmly implemented until recently.

The past years have seen Burma making slow yet continuous political progress. Its first general election was held in 2010 and, despite reports that the election was shrouded in illegal activity, it is a positive signifier for future proceedings. The politician and human rights activist Aung San Suu Kyi was released in 2010, following a combined sentence of fifteen years under house arrest. These progressions have been noticed by countries on a world wide scale, especially since President Obama visited Burma in 2012, the same year the EU lifted certain sanctions. 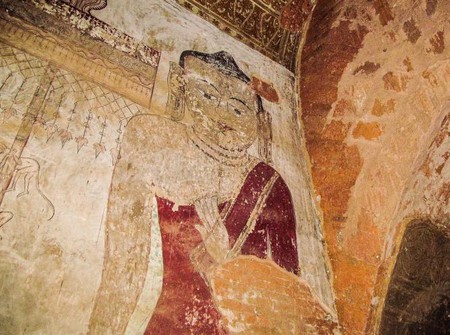 Bagan is brimming with historic and cultural wealth. With over three thousand Buddhist temples, monasteries, stupas and monuments compacted into one area, it is home to the highest density of Buddhist architecture anywhere in the world. The temples present a cross-section of Burma’s history, culture and politics as construction has spanned a millennium. In particular, Ananda Temple and Sulamani Temple are significant, dating back to 1105 and 1183 AD respectively. They tell an architectural and historical story, presenting a glimpse into the religious and social context in which they were built. Temple arches signify the advanced intelligence of the ancient Burmese kingdom and the unique murals adorning interior walls document their artistic skill. However, not all of these temples have such a rich historical and visual impact. Due to the Buddhist belief that there exists great religious value in building temples, Bagan has been expanding until officials halted building work in 2010 to focus on preserving the existing temples. Burmese authorities have themselves constructed numerous temples and pagodas, one in particular dedicated to General Than Shwe.

In addition to construction, the military have built on top of old structures, or reconstructed them completely. Scholars, in particular Don Stadtner, have disputed the military’s interferences, deeming them to have damaged Bagan’s archaeological integrity. Stadtner opposes Bagan’s classification for UNESCO World Heritage Site status saying:

‘It would be telling the world that basic archaeological principles not only don’t mean anything but may be rewarded by this kind of baseless, conjectural restorations.’

Like Stadtner, many oppose the application believing Burma does not deserve to be linked to UNESCO due to the detrimental impact it would have on the organization’s respectability. UNESCO would not simply be lowering its standards, but reinforcing that the irresponsible tampering of such sacred archaeological sites can have positive outcomes.

Stadtner’s opinion is counterbalanced by Naing Win, Bagan’s head archeologist, who regards the reports as unfairly exaggerated and detached from the truth. Naing Win claims his team strictly followed the architectural forms and detailing recorded from original temples. Therefore, with the exception of age, there should be no architectural differences between the original and reconstructed Buddhist temples. 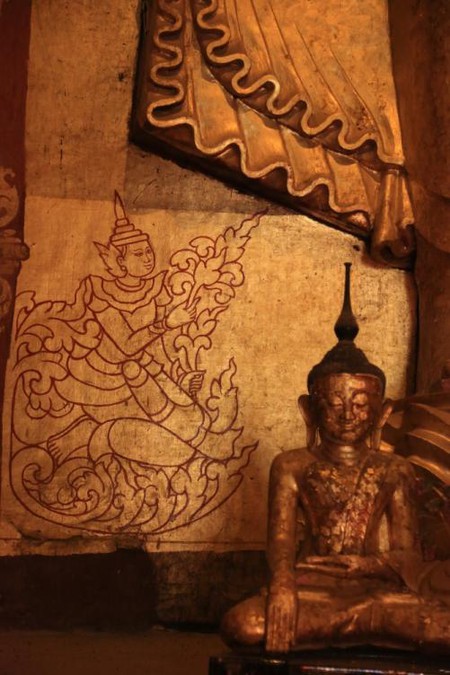 Despite its abundance of precious stone, natural gas, minerals and oil, Burma remains one of the poorest countries in Asia; a result of the years of military corruption. Desperate to increase their tourism economy, Bagan’s classification will inevitably bring in foreign investments. This increased tourism could, however, see the country’s unnervingly tender economical framework susceptible to commercialization, and many worry about the future of Burma in this economic context. Furthermore, experts are concerned that increased tourism could be detrimental to the Buddhist structures themselves, especially if Bagan does not have the resources or knowledge to support growing numbers of visitors. These positive and negative outcomes need to be taken into consideration before the archaeological site can be UNESCO-classified.

The country’s plight for Bagan’s recognition as a UNESCO World Heritage Site has continued since their initial application in 1996, being rejected due to poor management strategies and legal frameworks. In 2012 UNESCO Director-General Irina Bokova paid Bagan a visit to discuss how relations between the organization and Burma will progress. In the future, UNESCO experts will be working alongside Bagan’s archaeological team to enhance their conservation and restoration skills, as well as establishing a mural conservation training course. These tentative steps are a positive starting point in the creation of a viable economic and managerial framework able to support Bagan’s cultural history.