How to Spend 24 Hours in Bagan 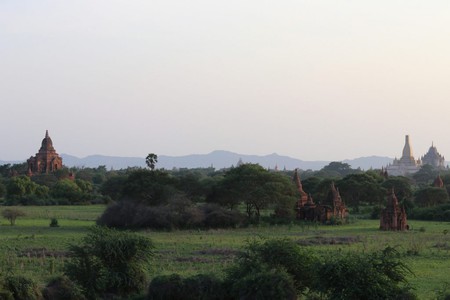 Bagan, often spelled Pagan, is a magical and historical city featuring plains peppered with pagodas, temples, and religious structures. These make up one of the most stunning and largest archaeological sites in all Southeast Asia: the Bagan Archaeological Zone. From cycling around this fascinating, historical site to indulging everyone’s inner foodie with traditional Burmese cuisine, here is a guide on how to spend 24 hours in Bagan.

Visitors to Bagan will have likely arrived via night bus from Yangon. The journey (though sometimes bumpy) is generally a comfortable one, and those visitors anxious to start exploring should drop bags off at their accommodation and grab an electric bike to start their expedition of the city. Shops renting out e-bikes open as early as 4 a.m., as they realize that tourists may want to grab transportation early enough to catch a glimpse of one of the stunning sunrises over the archeological park. E-bikes can be rented for as little as 4,000 kyat for an entire day and even less for those visitors who want to rent them to simply catch a sunrise or sunset at one of Bagan’s many temples or pagodas. 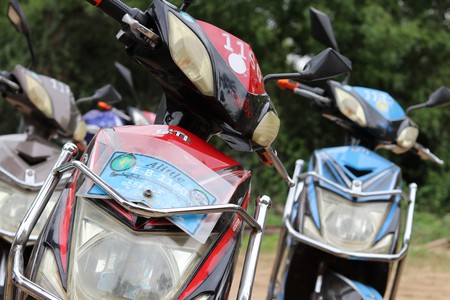 After renting an incredibly affordable e-bike, it is time to take to Bagan’s dusty and sandy roads in hope of discovering the ancient temples and sacred structures found around town. The city at its prime was home to some 10,000 Buddhist pagodas and temples between the 11th and 13th centuries, but most were eventually destroyed and only 2,000 or so remain in the city today. Those visitors exploring the ancient ruins need to include a few specific ones on their itinerary at some point in their trip, as they are the most noteworthy. These amazing structures include the Shwesandaw Pagoda, Ananda Pahto, Shwezigon Paya, and the Lawkaoshaung Temple. 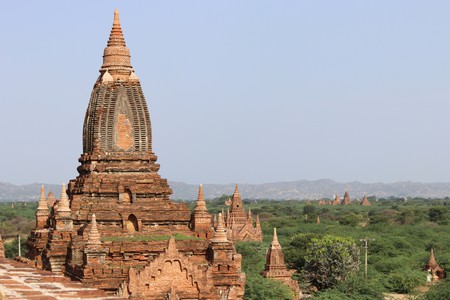 It is time to refuel at one of Bagan’s many traditional Burmese restaurants after spending the afternoon exploring the city. The best thing to do is to simply drive around until visitors find a restaurant that looks crowded. The more people sitting around the eatery, the more delicious the food will be. Some of the top Burmese dishes in Bagan visitors should try include tea leaf salad, Shan-style noodles, and traditional Bagan-style curry. 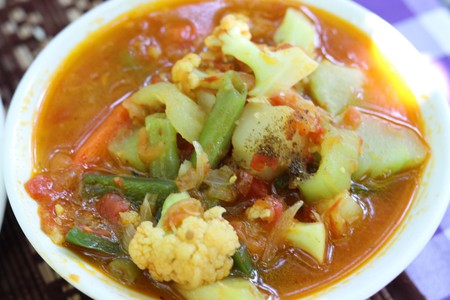 A long day out exploring, calls for an early evening in, but not before visitors watch the sun go down at one of the many riverside restaurants found in Bagan. Si Thu is one of the restaurants lining the Irrawaddy River and it is serving up a number of traditional Burmese dishes at an affordable price. It is the country’s largest river and watching the sun set over it is almost as enjoyable as watching it go down atop one of the thousands of temples in Bagan. 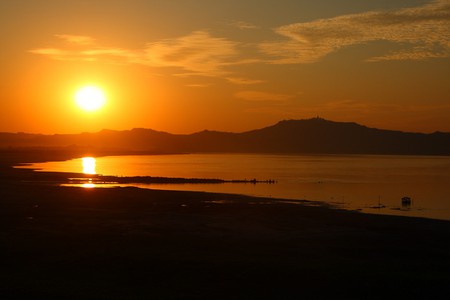