15 Amazing Things to Do in Myanmar Before You're 30 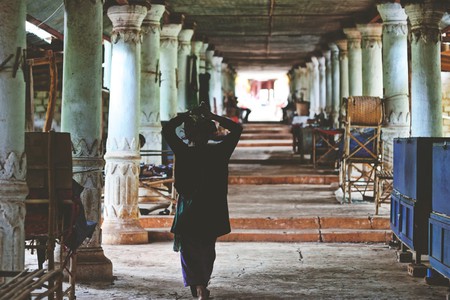 A Burmese woman walks through a market corridor at the Inn Dein Pagoda complex near Inle Lake, Myanmar | © Chase Chisholm

Your 20s are a time to live some of life’s most adventurous moments, and Myanmar is the perfect destination to do so. From ancient temple hopping to cross-country train trekking and traditional cigar smoking to crunchy locust chewing, here are 15 of the most venturesome experiences to have in Myanmar before you turn 30.

Get lost within Bagan’s thousands of ancient temples

Bagan’s hundreds upon hundreds of wondrous ancient temples are worth getting lost within. The best way to take a few wrong turns while navigating the dusty pathways of Bagan is to rent an electric bike and go. Electric scooter rentals are about USD$10 per day. Get back before the battery runs out, though. 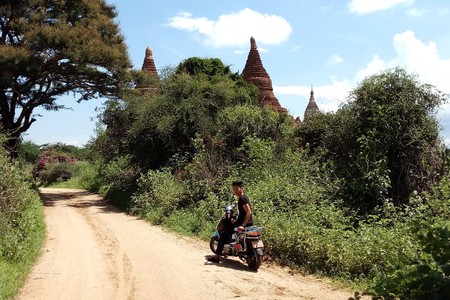 Roam with retired elephants near Kalaw

It’s estimated that as many as 10,000 elephants live in Myanmar. At least half of this known population is captive, and the majority has worked within the nation’s timber industry. Employing elephants to extract precious hardwoods from dense jungle has been a logging technique used in Myanmar for centuries.

Green Hill Valley near Kalaw in Shan State is a family-owned and operated retirement home for elephants no longer able to do this kind of work. Guests at Green Hill get to interact with these elephants as well as help feed and bathe them. 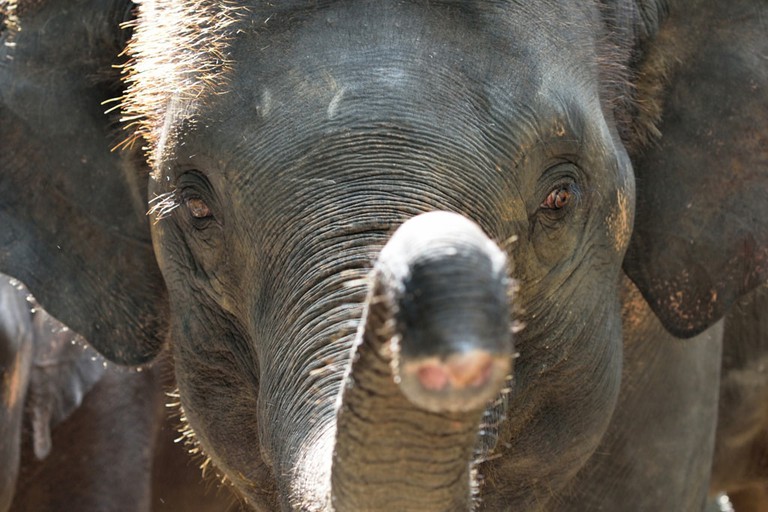 Experience the act of gold leafing in Mandalay

Mandalay’s remarkable Mahamuni Pagoda provides an incredible opportunity to observe the culture of gold leafing in Myanmar. For a small donation, men are able to place thinly pounded sheets of gold on the extraordinary Maha Myat Muni Buddha statue housed at this site. The entire event is worth getting up at the crack-of-dawn to witness. 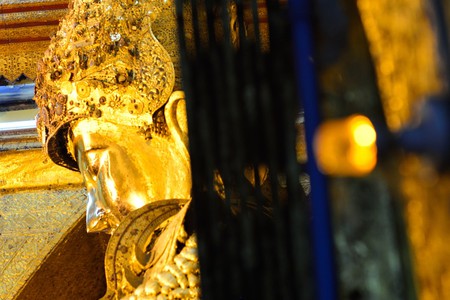 A side view of the Maha Myat Muni Buddha image in Mandalay, Myanmar | © Chase Chisholm

As one of Myanmar’s most historic getaways, Pyin Oo Lwin in the highlands of Shan state still holds onto many aspects of its heyday during the British colonial era. Among these pieces of the past are vibrantly painted horse-drawn carriages – many of which have been in operation for generations. For a dazzling, clip-clopping ride around the town, plan to spend around US$2. Buggies can also be hired for a day for approximately US$15. 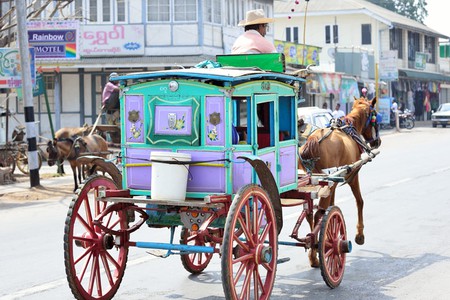 Chinlone is a favored sport and way to pass the time in Myanmar. Learning to play is a great way to integrate into the community. But, Myanmar chinlone players take this national, traditional sport very seriously. To watch a competitive match is quite the experience. Practice volleying back and forth with some locals to keep the cane ball from touching the ground first, or risk being whacked by the wicker ball. 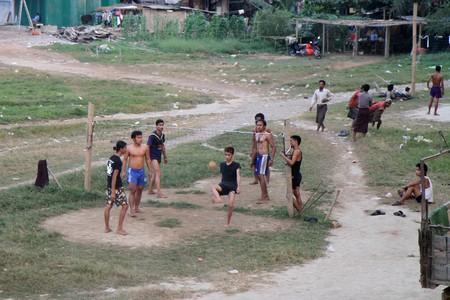 Myanmar cheroots are handmade in places like Inle Lake. Although many shops in the area are now set up to put on demonstrations for tourists, observing cheroots being rolled is a must. Look for an opportunity to share a puff or two alongside the villagers. But, don’t take too big of a puff as these traditional cigars are potent! Go for the sweeter-tasting cheroot, which has hints of tamarind, banana and honey. 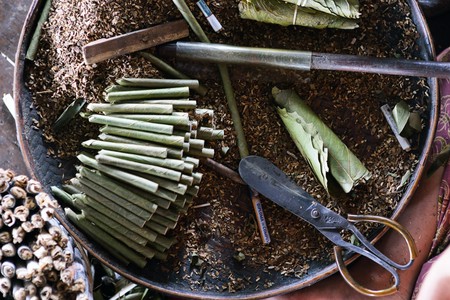 Watch lacquerware being crafted in Myinkaba

Another time-honored tradition in Myanmar to see up close is the process of making lacquerware. Workshops around Bagan are well-known for stunningly crafting these meticulous showpieces. Many shops — such as the Golden Cuckoo in the small village of Myinkaba, approximately half a mile from Old Bagan — are open to visitors. Step inside to learn more about lacquerware by watching workers in action. 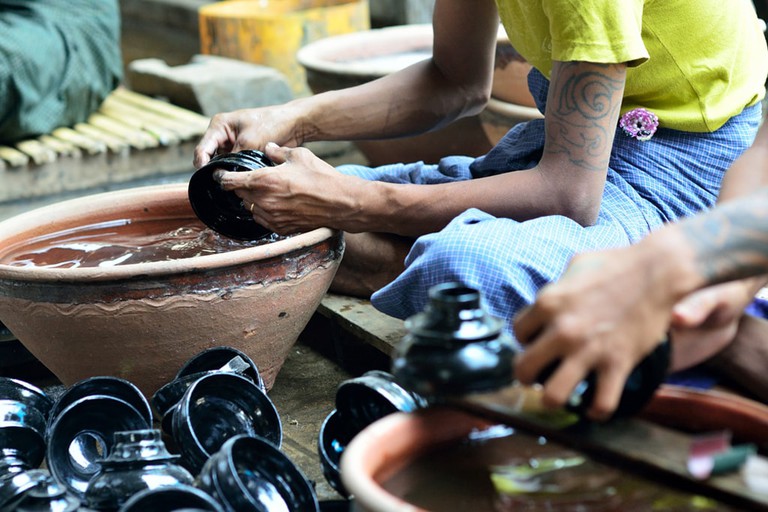 At a lacquerware shop near Bagan, Myanmar | © Chase Chisholm

Look under a 46-ton bell at the Shwedagon Pagoda

The 326-foot-tall golden stupa of the Shwedagon Pagoda draws quite a crowd every day, but the grounds of the Shwedagon also beckon with all sorts of allure. Among these other points of interest are bells in all shapes, sizes and sounds. Perhaps the most impressive is the Tharrawaddy Min Bell, weighing over 46 tons. The massiveness of this bell can only truly be appreciated by peeking under its bronze lip. 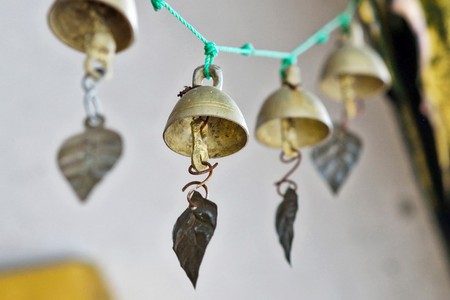 Travel ‘ordinary class’ on a train across Myanmar

Train travel in Myanmar is known for facilitating plenty of only-in-Myanmar moments. To save money and to have a chance to see Myanmar’s countryside while dangling arms out windows and legs from open doors, take a cross-country train trek in an ordinary class car. Pack food to share with fellow passengers – most will be Burmese people. 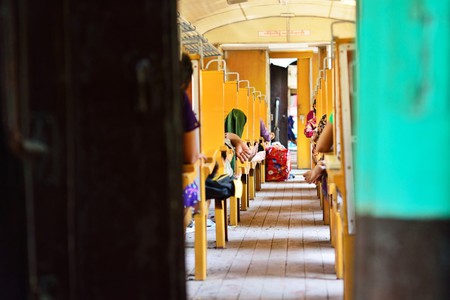 Learn about the art of tattooing faces in Rakhine State

The practice of tattooing faces is a vanishing cultural aspect of several ethnic Chin tribes in Myanmar. Seoul-based photographer Dylan Goldby has stunningly documented this art form in the villages of the Lai Tu Chin, located near Mrauk U in Rakhine State. Recently, travel restrictions for certain areas in Myanmar have been lifted, making it easier to venture to locations where women with these beautiful works of facial art still dwell. Go now before what’s left of this tradition fully fades away. 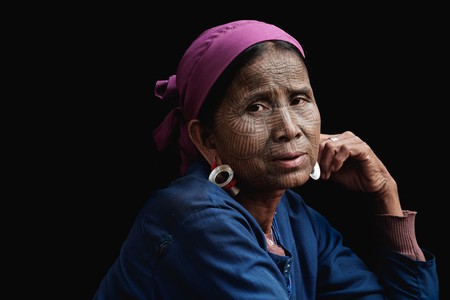 Get pedaled around Yangon

Trishaws are widely used as a form of transport in Myanmar. Hop on one to explore Yangon. Being able to cheekily weave through congested traffic allows for less stress and more time to see the sights. A journey by trishaw through Yangon’s city center costs about US$1. Longer trips are negotiable. For an added adventure, ask the trishaw cyclist to switch places for a turn to pedal. 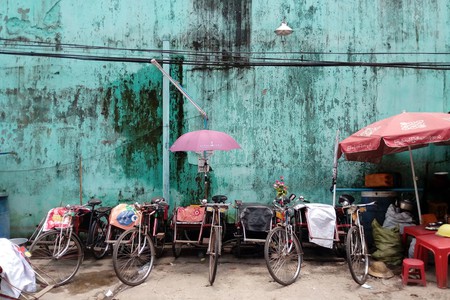 A line of trishaws in Yangon, Myanmar | © Chase Chisholm

Markets in Myanmar are treasure troves of the past mixed with the present. Rare vintage and antique finds can be discovered amidst souvenirs at a market, like the one at Inn Dein near Inle Lake. Take time to learn about these items by striking up a conversation with vendors. However, be cautious when purchasing certain types of artifacts, especially images of Buddha. Foreigners caught with such items may be subject to a penalty. 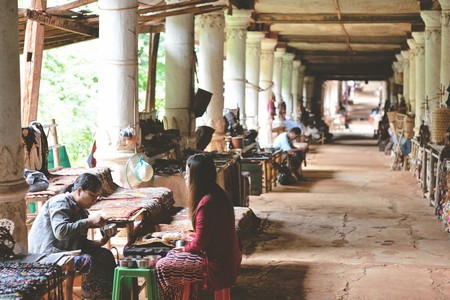 Dance a night away in Yangon

Yangon is where it’s at when it comes to nightlife in Myanmar. The city has an array of places to get down. Clubs to party it up. Boats to dance on. Rooftop gatherings to shake it out. One of the best dance parties, called FAB, happens once a month. Hit up FAB hosted by YG Events to mingle with fellow travelers, expats, and locals while dancing the night away.

For all the latest party happenings in Yangon check out myanmore.com. 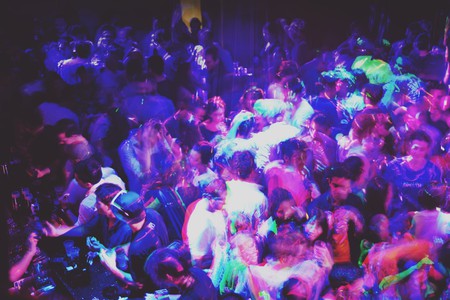 Hang out at a Myanmar beer station

Beer stations are everywhere in Myanmar and they’re usually filled to capacity in the evenings. Beer stations tend to be significantly cheaper than restaurants and provide a more authentic encounter with Myanmar people. Find one with plenty of outdoor seating. Nighttime is the prime time to chug a crisp and refreshing Myanmar beer (or three) to cool away the day’s heat. Cheers! 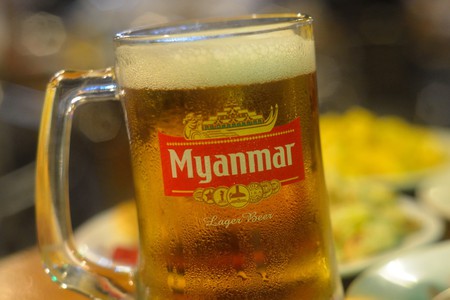 A mug of Myanmar beer in Yangon | © Chase Chisholm

Eat a pile of fried locusts

Towering mounds of fried locusts can be seen at many markets across Myanmar. These slightly sweet and crispy critters are among some of Myanmar’s most bizarre street eats. Munch on this Burmese delicacy while walking through one of Yangon’s night bazaars or around 19th Street. 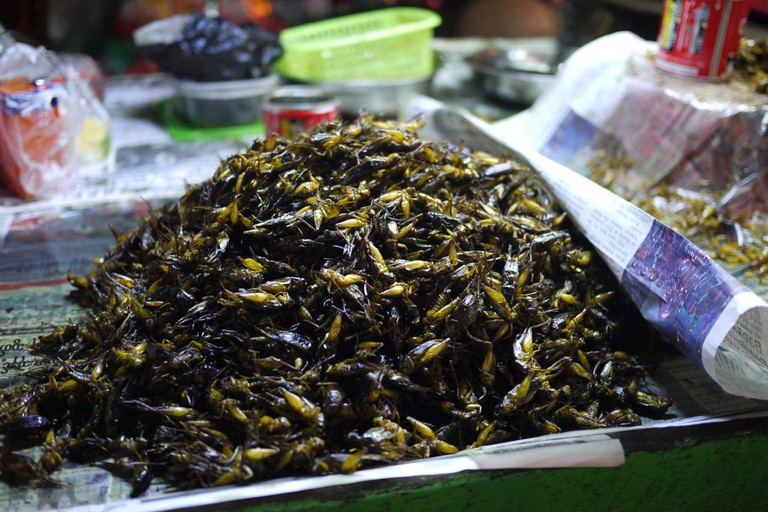 A pile of fried locusts in Myanmar | © Chris Martin / Flickr