13 Things You Should Never Do in Myanmar, Ever 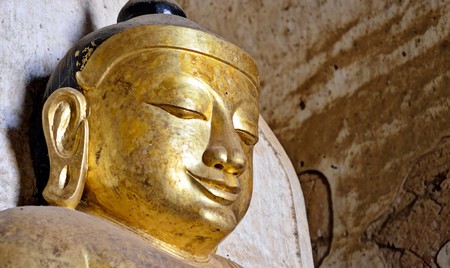 The head of a statue of Buddha in Bagan | © Chase Chisholm

Most of the norms in Myanmar are heavily influenced by the richness of its ancient history steeped in Buddhism. The following list is a guide to understanding the layers of tradition in the culture as well as its quirkiness. It’s important to remain tolerant and aware of what could be considered insulting to locals, while also discovering why Myanmar enchants so many.

Don’t wear a longyi without underwear underneath

Myanmar people enjoy seeing foreigners dress in local garb, particularly for special events such as weddings and temple outings. But, wearing traditional attire takes practice to ensure it’s worn just right – or you risk the potential to give everyone an eyefull as you walk down the street.

While going without undergarments might be a preferred way to cool off during Myanmar’s hot summer months, it’s not recommended for first-time longyi wearers, especially, in order to prevent public humiliation. 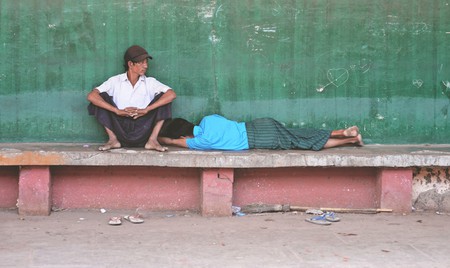 Don’t walk before looking all ways

When crossing a road in Myanmar make sure to look both ways, even when crosswalks are present. Drivers don’t necessarily yield for pedestrians, and it isn’t uncommon to also have to dodge bikers and trishaws while walking across busy intersections.

Likewise, as Myanmar is in the height of a rapid, exciting transformation, many parts of cities are literally construction zones. Walkways tend to be uneven or even riddled with holes. Keep an eye on the path ahead and look all ways, always.

Don’t ride a motorbike in the city center of Yangon

This is actually a law. Motorbikes are supposedly banned in the main parts of Yangon for safety reasons. This may take some getting used to since most other major hubs in the region allow the use of motorized bikes. Motorbikes and electric scooters can be ridden in townships on the outskirts of Yangon as well as in other cities. 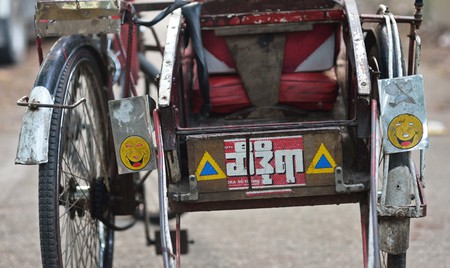 The back of a trishaw in Yangon / | © Chase Chisholm

Don’t sleep without a mosquito net

Myanmar is tropical, and with tropical climates come monsoon rains, excessive heat and humidity, relentless mosquitos, and supersized pests. Sleeping within some sort of protective netting is advised whenever possible, and not only to keep out the mosquitos. Think spiders, cockroaches, and other creepy crawlies.

Dengue Fever is prevalent in several locations including the Yangon region, but Malaria tends to stay put in more rural areas. Nets can be found at most stores for a decent price. The majority of hotels or guesthouses don’t provide them.

Don’t pat someone on the head

The head is considered the highest, holiest part of the human body in Myanmar. This belief is deeply rooted within Buddhist spirituality, and has set the scene for a possible cross-cultural blunder to take place. It’s true that travelers are often granted much more grace should a head be accidentally or unknowingly touched, but it could be considered a sign of disrespect to older generations in particular.

Don’t let your feet do the pointing

Contrary to the head, feet are seen as the lowest, dirtiest part of the body. It’s very rude to point at religious objects, at people, or really at just about anything with your feet in Myanmar – whether that pointing is done unintentionally or not. It’s also thought of as quite rude to point a finger at an image of Buddha, or even in the general direction of a well-known religious site.

It’s of utmost importance to respectfully remove socks and shoes or sandals before entering sacred spaces in Myanmar. Many pagodas even have a place to store footwear for a minimal fee. Ancient, less traversed temples such as several found in Bagan don’t offer the most comfortable or safe terrain to go barefooted upon, so use caution when stepping. 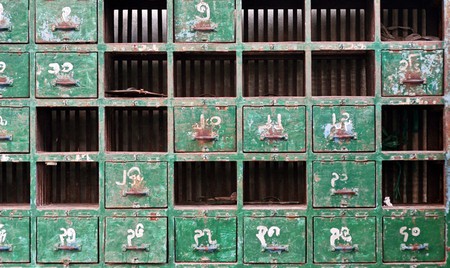 Don’t improperly use the image of Buddha

Portraying the image of Buddha in ways deemed inappropriate in Myanmar may result in severe consequences. A good example of what not to do happened in 2015 when a man from New Zealand was jailed for approximately 10 months. His crime? Using a depiction of Buddha wearing headphones in an advertisement. News of this case made international headlines, and serves as a testament to how serious Myanmar takes religious mockery.

Images of Buddha in the form of tattoos should be covered (especially if on the lower extremities), prints resembling Buddha on clothing shouldn’t be worn, and posing inappropriately with a statue of Buddha should never, ever seem like a good idea at the time. 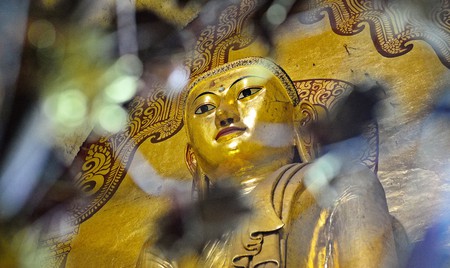 Controversial topics in Myanmar include: politics, the former military regime, the Rohingya crisis, ethnic differences, and religious banter. This doesn’t mean these subjects can’t be discussed; though, it’s best to wait for them to be brought up by locals as opposed to starting the conversation. Myanmar people are very friendly and conversational, but tend to tread carefully around sensitive talking points for good reason.

There’s a traffic jam. A torrential downpour has flooded the neighborhood. The power went out, again. All are valid reasons for why promptness isn’t as realistic in Myanmar as it is in some destinations.

While it’s okay to expect punctuality in some professional situations, don’t be offended if a friend, a colleague, or even a tour guide shows up a bit – or a lot –late for those plans. International businesses in Myanmar do tend to adhere to schedules more rigidly, but locals usually go with the flow in social settings. So, sit back, sip some tea, and set your clock to run on ‘Myanmar Time’. 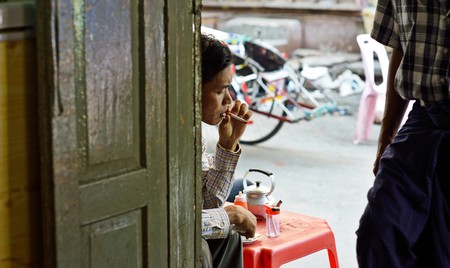 Burmese man at a tea shop in Yangon / | © Chase Chisholm

Toilet paper isn’t always an option in public restrooms throughout Myanmar, so be sure to pack some tissues if this is a necessity. Sprayers or ‘bum guns’ are usually available to help rinse after going to the bathroom. In less populated parts of Burma, it’s more common to see an area near the toilet bowl or squat toilet filled with water, and a smaller dish to help with flushing and cleansing.

Don’t sit and watch everyone else enjoy a meal

Meals in Myanmar are best enjoyed in the company of others and food is to be shared. Locals often eat from the same smattering of tasteful Burmese dishes covering a table, so dig right in! Grab a spoon with your dominant hand, a fork with the other, a pair of chopsticks if preferred, or just use your hands if those around you are. It may take some getting used to, but such a communal way of eating adds even more flavor to the overall dining experience in Myanmar. 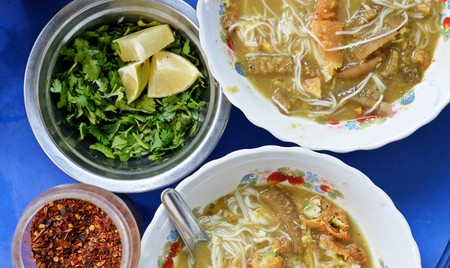 Don’t try to do everything in one trip

Myanmar is a vast, largely uncharted hotspot that promises to charm. Stay a long while or plan to go back to see firsthand the changes this nation is undergoing. There simply isn’t enough time in one trip to see all of Myanmar’s thousands of pagodas, or try every curry and salad Burmese cuisine has gained a reputation for. Spend more time in less places to breathe it all in, and book a return to the “Golden Land” soon.