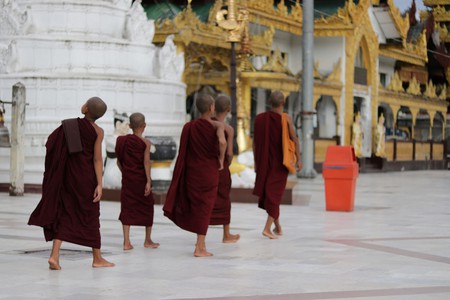 Like any country, there are many rules and cultural protocols tourists must follow when visiting stunning Myanmar. The people and culture have deep Buddhist roots, many of which are reflected in their customs. In order to avoid standing out and making Myanmarese people uncomfortable, here are 13 things tourists should never do in Myanmar… ever.

It is not acceptable for anyone, including visitors, to point their feet at someone or something, especially figures of the Buddha. It is considered very rude, as feet are considered to be the most disrespectful part of the body. Keep feet off furniture, as well. 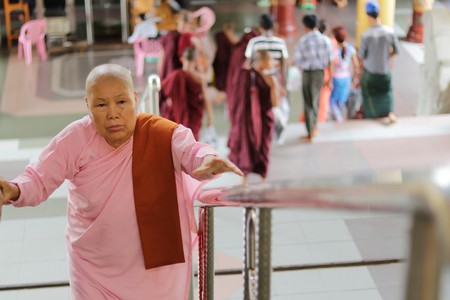 In the same way that feet are considered to be disrespectful, the head is considered to be the most sacred part of a person’s body. Because of this, it is extremely bad-mannered to touch anyone’s head, even if it’s done in a friendly manner. Some might consider it to be okay to touch children’s heads but to be safe, avoid touching this part of the body, no matter a person’s age. 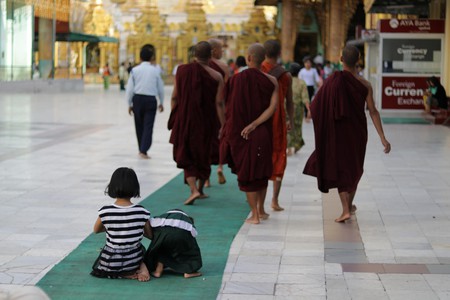 Do not wear shoes in Pagodas or on Temple grounds

Visitors to the pagodas and temples should remove their shoes before entering, including socks (any type of footwear). When the country was under British rule, an uproar ensued after they allowed footwear to be worn in these religious places. After claiming independence, this was no longer the case and all footwear is to be removed before entering these compounds. Myanmarese are very religious people and take their Buddhist beliefs seriously, disregarding these rules is considered to be incredibly impolite. If visitors are unsure as to where they are to take their shoes off because of a lack of obvious instructions, it is better to better safe than sorry and simply remove your footwear. 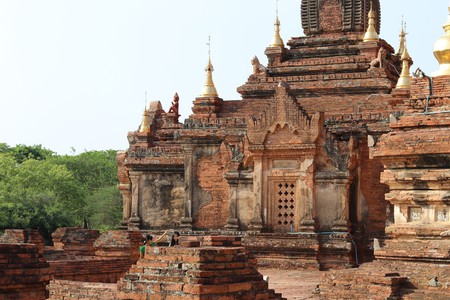 Never party or climb on Pagodas where visitors are not allowed

It is illegal for anyone to party, sleep, or drink on any of the pagodas, temples, and other religious structures found in Myanmar. Visitors should also be aware of which pagodas and temples they are not permitted to climb, as well. There are usually fairly clear indicators of where these places are, however, tourists have been known to climb over or around preventative measures (such as railings) and venture to restricted areas. In addition to these rules, remember that these grounds are religious ones, and that rowdy and obnoxious behavior is completely inappropriate and frowned upon. 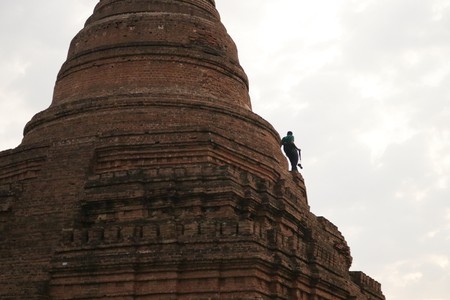 Knees and shoulders should be covered before visiting any religious places. Even in Bagan where many of the pagodas and temples do not have anyone watching or keeping track of who is coming and going, it is important to be respectful regardless. Remember that the country can reach very high temperatures, so be sure to wear clothing that is light but also covers these areas of the body. 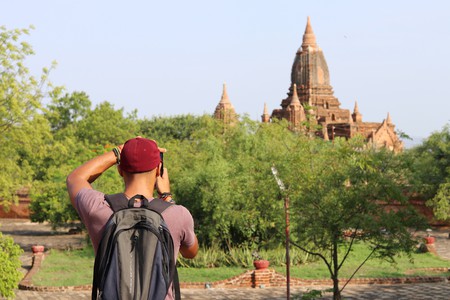 Those visitors who first want to visit Myanmar will see that the visa application requires tourists to fill out a hotel or hostel address when they apply. This is because all of the accommodation options must be approved by the Burmese Ministry of Tourism. Be sure to book in advance, as prices tend to rise as more and more visitors continue to make their way to Myanmar and rooms can oftentimes be in short supply during high season. 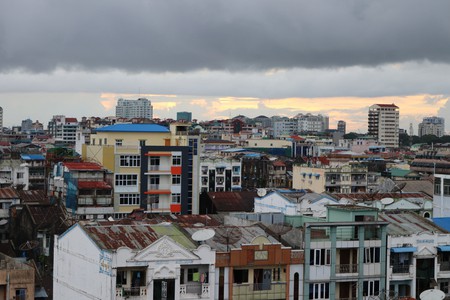 Visitors to Myanmar are likely to come across many young children asking tourists for money of different currencies. They will likely start out the conversation with asking visitors where they are from before asking for the currency from whatever country they are told. It will be extremely uncomfortable to turn a child down, but if possible, try to avoid giving them money. Giving them money could have unintended consequences, for example, it encourages more children to beg and keeps those already in poverty, in poverty. It also gives children the idea that school is unnecessary if they can simply make an income from tourists. Instead, try to give back to the community instead of specific individuals. 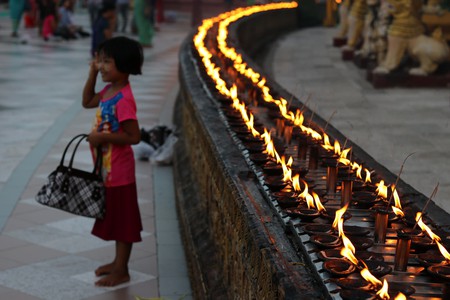 Visitors who use their left hand to accept or give things can be considered especially rude. Instead, be sure to only use your right hand or both. 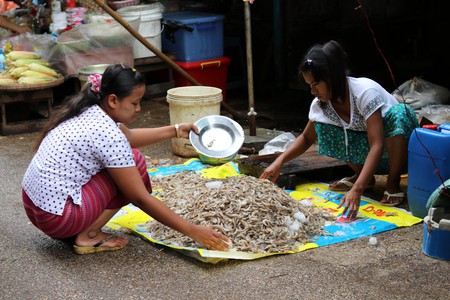 Avoid spending your money all in one place

Spread the wealth a bit and spend your money at local establishments and at as many of them as possible. Spending all of your money in one place is not going to help many people. Instead, explore each city and sample the street food stalls, steer clear of internationally owned accommodation options, and support the locals. 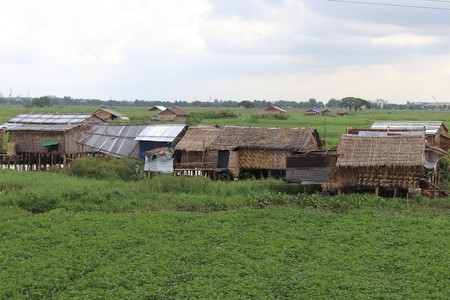 Avoid using a fork to eat

A fork and spoon are both needed to eat cuisine in Myanmar. The food is pushed onto the spoon (with a fork in the visitor’s left hand before) being devoured. Knives are hardly used around the country. It is not necessarily considered rude to use utensils as one would in Western countries, however, as in most cases, it is better to do and dine as the locals do. 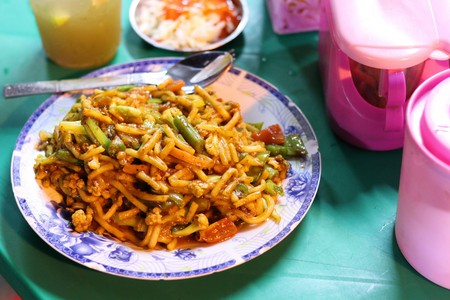 Don’t eat street food that you’re not sure about

Street food in Southeast Asia is king of the cuisine. It is affordable, in abundance, and (most oftentimes) delicious. That being said, visitors should not devour any and all dishes they see lining the streets of Myanmar. Many visitors find themselves spending one too many hours hugging the porcelain bowl because they made hasty and unwise dining decisions. Be sure to examine all street food stalls before dining, and those with a weak stomach should be extra cautious when choosing what and where to eat. 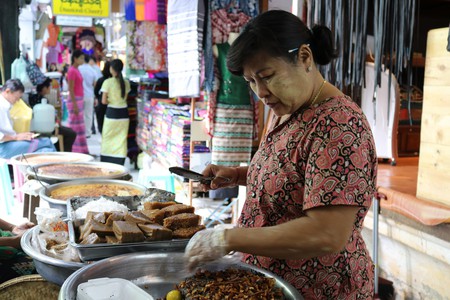 Those tourists making their way to Myanmar need to be sure the bills they wish to exchange are relatively new and undamaged. Any U.S. dollars that are not up to par with Myanmar’s seemingly high standards will likely be turned away, especially at the international airports. Do not get rid of these bills just yet though, as many accommodation options will accept these older or crumbled bills without any problems. Just be sure you have enough when leaving the airport for a taxi. 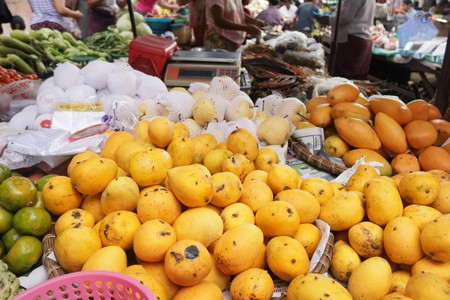 Those environmentally friendly travelers will be sad to hear that the tap water, like many other Southeast Asian countries, is unsafe to drink in Myanmar. A bottle of water should cost anywhere from 200-500 kyat, and many of the hotels and hostels around the country will have free purified water on offer.