An Introduction To Mongolian Food, From Yaks To Yurts 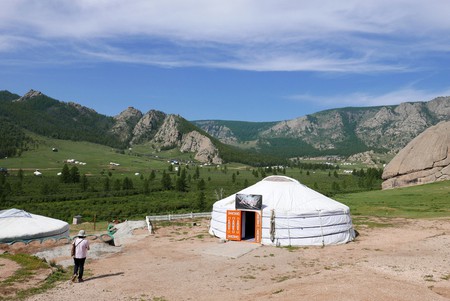 The combination of vast barren plains and a largely nomadic way of life in Mongolia has contributed to a unique culinary tradition. It is based largely on meat and milk, and designed to aid survival and travel in the harsh steppes. While its reputation for austerity precedes it, and vegetarians would struggle, there are few cultural experiences more authentic than enjoying a communal meal in a Ger or Yurt, indulging in some of Mongolia’s ‘Five Snouts’, and washing it down with Chinggis Vodka. 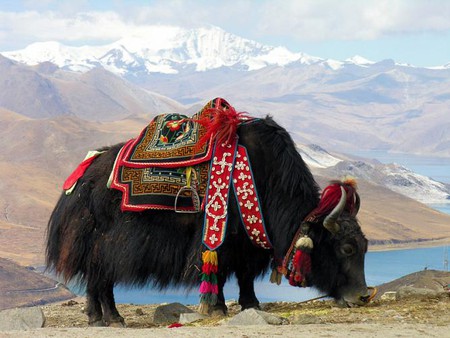 The ‘Five Snouts’ of Mongolian culture are the basis for not only the cuisine of the country but also its agriculture and traditional nomadic way of life. The most revered of these five creatures are horses: learning to ride is as fundamental as learning to walk in many nomadic communities. The veneration of horses is also combined with reverence for Genghis Khan, whose Mongol Empire was fuelled by the skill of Mongolian horsemanship. The respect for horses, however, does not deny them a place in the Mongolian diet and horse meat is available in most restaurants throughout the country. The other ‘Five Snouts’ are sheep and goats, who form the basis for much Mongolian cuisine, and camels and yaks, both of which are regularly used in Mongolian cooking. Yak’s milk is a particularly common part of the Mongolian diet and yak cheese is also used as the basis for soups and curds. 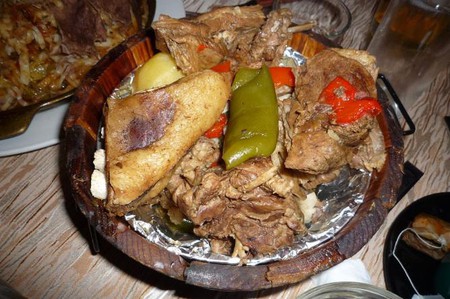 Real Mongolian barbecue is known as khorkhog and is a staple across the vast reaches of this country. It is usually made with mutton, which is cooked inside a pot containing burning rocks heated in an open fire. Vegetables are added to make a stew and the flavors are left to blend for several hours. This is best enjoyed inside a ger, a Mongolian yurt, where the food is served communally. The tour group Nomadic Journeys offers visitors the opportunity to stay in gers as they travel across the steppes experiencing nomadic culture first hand. 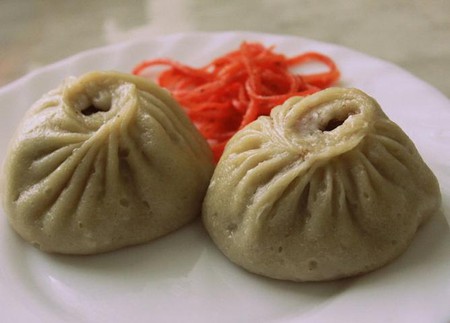 Dumplings are found on dinner tables throughout Mongolia and these small doughy packages of mutton or beef reveal the connection between this isolated country and their Chinese neighbors to the south. Mongolian dumplings are distinctly different from those found in Chinese Dim Sum, since they are made from a typically hardy dough and are often fried. Buuz is the general name for dumplings and gives its name to a wide variety of restaurants throughout Ulan Bator in which these boiled or steamed meat-filled dumplings are served. Bansh is a smaller version of these dumplings, whilst Khuushuur are deep fried in oil and are served like pancakes. One of the most popular restaurants serving Buuz is Ulan Bator’s Khaan Buuz, where all three varieties are on offer and are considered a version of Mongolian fast food. 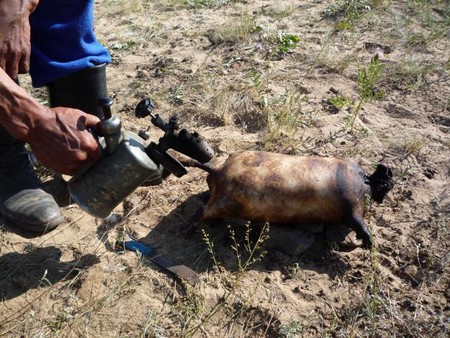 As with Khorkhog, Boodog is an example of Mongolian barbecue which also uses hot stones as a cooking method, but in this case the hot stones are not placed inside a pot but are actually inserted into the carcass itself. The dish is usually made with either a young goat or more often a marmot, which is stuffed with heated rocks and a variety of vegetables and spices. It is then simultaneously heated from the outside, either on a barbecue or with a blowtorch to ensure it is cooked through and to burn off the animal’s fur. The dish is another example of a more utilitarian nomadic lifestyle, in which cooking materials are not readily at hand and rocks and fire stand in for an oven. This dish can be experienced throughout Mongolia, although most Ulan Bator restaurants will often serve a more refined take on it. It is best experienced out on the steppe, where traditional cooking methods are preserved. The Terelj Lodge offers guests a chance to try Boodog in one of their Kazakh gers. 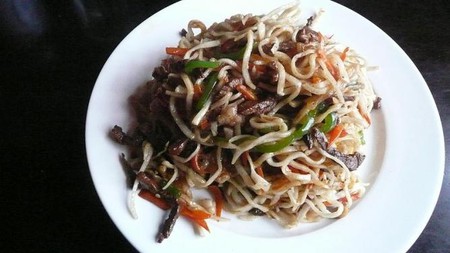 This is a noodle stew made with roughly cut noodles combined in a stock with meat, usually mutton, and vegetables. It is the Mongolian version of the noodle soup found throughout east Asia in various manifestations. Guriltai Shul is another variant in which the ingredients are made into a meat-based soup and is often combined with curd from yak’s milk. The consistency of the soup often depends on the season, as does the type of meat used and the spice level, which tends to rise as the bitterly cold winter sets in. This can be experienced at traditional Mongolian restaurants in Ulan Bator such as Taliin Mongol and CCCP, which both feature contemporary twists on simple Mongolian flavors.