Mongolia: Life Before Genghis Khan And His Empire 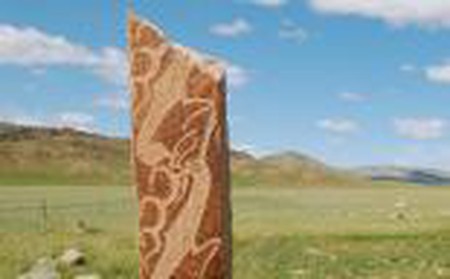 Chinggis Khaan (the local pronunciation and spelling of Genghis Khan) is synonymous with the Mongols and Mongolian history, and for many there was no other story, culture or history. However, long before the rise of the Mongol Empire in the 12th century, the country was home to ancient kingdoms, the remains of which are still visible today. Twenty kilometers West of Mörön, in the north of Mongolia, lays the fascinating proof of this early history. 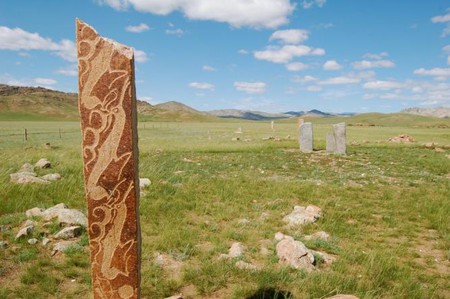 Kherekshure graves can be found all over Mongolia from the Southern Gobi to the northern valleys. These graves, not dissimilar to burial cairns found in Europe, were built over 2,000 years ago, in the 2nd to 5th centuries BC. The site of Uushigiin Uver contains over 300 of these monuments, some larger than 5 meters wide and surrounded by circular walls at a diameter of 10-15m.

A millennium before Chinggis Khaan rode his hordes through the steppe, this early community was commemorating its dead with enormous energy and dedication. The deceased were laid on the ground, or later within a dug grave, and were then surrounded by their possessions: pottery, jewelry and clothing, tools, the heads of their livestock and, even in one case, their servants. The body and their possessions were then covered in stones, forming a huge mound.

Some of these graves contain more than one person, some only a single burial, but they mark the traces of a society that honored their deceased with respect, time and huge effort, and the history of which is now long forgotten. Alongside these burials are 14 deer stones, which some scientists believe to be some of the best-preserved in the world. They are even older than the kherekshure, erected between 500 and 2000 BC; these stones also stand as monuments to the dead.

The deer stones at Uushigiin Uver are covered in engravings of deer, sun and moon symbols, plus sheep and horses, tools and weapons. The tops of the stones represent the heavens and the head, with the sun topping the image. Below these are herds of deer, leaping towards the sun. The lower halves show a belt below which weapons and tools are represented. One of the stones, the site guardian’s favorite, has the head of a woman facing south, above a flying deer and a striped belt. The stones would originally have been painted red with ochre, the traces of which are still visible on some, and several of the stones also have depictions of shamanistic tools, mirrors and symbols.

Archaeologists think that the ancient peoples who created these amazing scenes believed deer to be spiritual beings in physical guise, their delicate forms carrying the spirits of the dead towards the afterlife on their backs. The layout of the designs shows the belief system of their complex society – the lower part depicting the physical worlds of the here and now, the belt the barrier separating the physical from the world of spirits, and the deer to bear the souls away upward to the sun and the heavens.

Surrounded by the open grasslands of Northern Mongolia, these amazing creations, formed thousands of years ago by an unknown and forgotten culture, are a reminder to visitors of the long history and deep-running culture of the steppes, glorified by Chinggis Khaan but of which he was just a single raindrop in the storm of time. The local inhabitants know this and so unlike in Europe, these graves were neither looted for stones nor damaged by later human hands. The people of Mongolia have a sense of their long and intricate story, and visitors to the country must try to understand that there is much more to the country than Chinggis and his empire.