Meet the Man Who Walked Across Mongolia and Madagascar 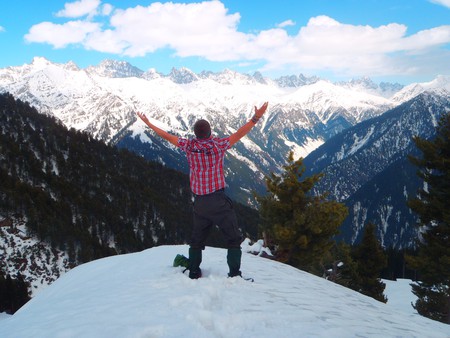 When one trip to Asia left him unsatisfied and searching for greater adventure, Ash Dykes began his journey from local lifeguard to full-time adventurer.

Having saved up his own money to go travelling around China with a friend (Matt), they found that the beaten track of tourist routes failed to live up to expectations, with assumptions of wild adventures not appearing. ‘We hadn’t done anything adventurous in China so when we were in Cambodia I suggested buying the nastiest, cheapest bikes we could find to cycle the rest of the journey,’ Dykes explains. ‘At that moment we saw a frail, skinny old lady riding behind us and went and got two of the same bike for a tenner each. We found some string on the road to tie our bags to the back. That was our first catalyst.’ 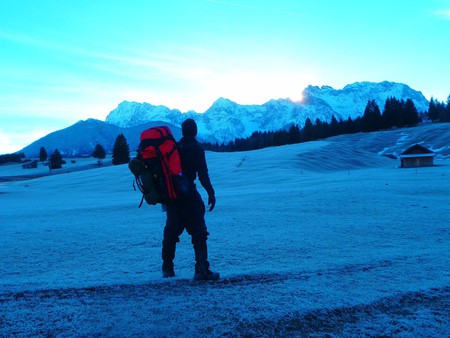 From that point on, the friends were hooked on adventure; as long as it was cheap and challenging. Their bike ride took them the length Cambodia and the same again in Vietnam, trekking through the Himalayas in India, before ending up in Thailand via the Burmese jungle.

Eventually Dykes settled in Thailand – Koh Lipe and Koh Tao – as a scuba instructor, but intrigue had begun to take hold. ‘I missed the adventures and I wanted a new one, and I wanted it to be my biggest yet and I wanted to walk, not ride,’ he says.

‘Mongolia stood out through curiosity as somewhere that I hadn’t heard much of. The more research I did, the more I wanted to walk it – completely solo and unsupported.

I wanted advice, did some research and couldn’t find any evidence of it being completed – a navy soldier had tried it but not completed it. The grey wolves, the stagnant water, the snow blizzards. It seemed a massive opportunity, so I sold my dive kit, quit my job, found a bit of sponsorship and managed to get started.’ 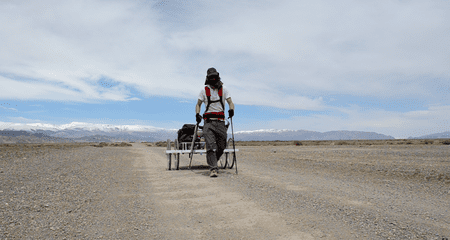 In 2014, Dykes became the first-ever recorded person to walk across Mongolia (all 1,500 miles – 2,400km – of it) solo and unsupported; it took him 78 days. His journey took him over the Altai Mountains, Gobi Desert and Mongolian Steppe. If the distance wasn’t challenging enough, the fact the expedition was unsupported meant Dykes had to pull everything he needed to survive in a wheeled trailer weighing 120kg (265 lbs.).

Doing expeditions alone and unsupported changes everything. There’s no medical care, no film crew, no backup. In Mongolia, if something went wrong, help was four days away. So how did the adventure compare to those done with Matt in tow?

Dykes grew up playing football and rugby, sports that depend on teamwork and communication. He says, ‘It was scary. I remember thinking “How would I handle being alone?” I enjoy the camaraderie of others so didn’t think I would handle it, going it alone was a huge step for me. But I’m fairly positive and determined and out there I realised no one else’s mood could bring me down.’ 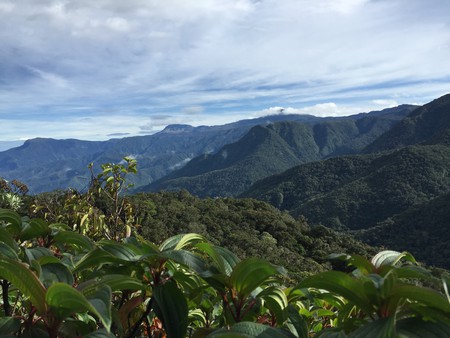 ‘It was Mongolia that spurred on Madagascar,’ he explains. ‘What appealed to me was the untouched part of it. I knew in Madagascar I would get to spend more time with the locals, and experience the diversity, but I also went eight days without seeing a single person. Learning from the locals who survive it day in, day out and picking up their skills was what I was seeking in the first place. I’m better suited to survive in the jungle than the UK – I’m good with bamboo and I know how to hunt.’

Despite having to pull the 120kg (265 lbs.) trailer in Mongolia with the threat of wolves and blizzards, and despite being held up by the military in Madagascar and the constant risk of malaria, there is still a constant desire to continue. For Dykes, it’s the desire that dictates the challenges ahead, rather than any box-ticking or record seeking. ‘I’ve never thought: “What hasn’t been done?” It’s what would be cool to do, regardless of whether other people have done it or not.’ 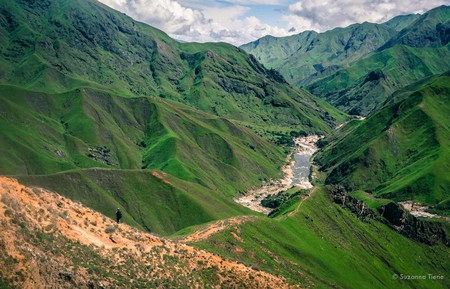 ‘You’ve got to really want to do it and then things will fall into place. My logistics manager described the central mountain ridge that runs almost the entire length of Madagascar, it was dying to be walked, there was no evidence it has been done before. You’ve got to want to do the challenge first. With Madagascar I just wanted to do it.’

There is a new challenge and a new want in the making, although Dykes is staying tight-lipped about it. It will be around 4,000 miles (6,400km) long and take around a year to complete, but first he has to ‘make sure it’s possible.’ Given his track record, it seems most things are.

If you want to hear Ash recall his adventures in person, you can buy tickets to his tour here.