The Breathtaking Sea of Stars in The Maldives 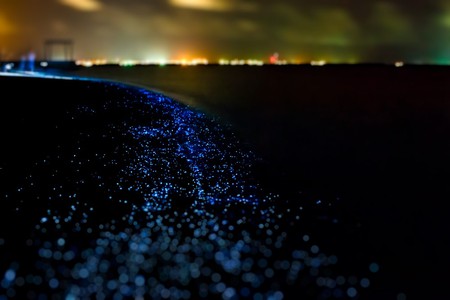 Illumination of plankton at the Maldives | © PawelG Photo / Shutterstock

The Maldives has a reputation for world-class resorts, incredible beaches and landscapes that look even better in person than the photographs. But something even more spectacular, mysterious and romantic takes place on these islands in the Indian Ocean: the glowing and sparkling Sea of Stars.

Imagine spending a day relaxing on the Maldives’ pristine beaches and watching the sunset over some of the world’s best landscapes. Then, after a nice meal, return to the soft sands and stroll hand-in-hand along the beach. Gaze into the sky and see countless stars and the faint outline of the Milky Way. Look over at the inky-black Indian Ocean in the mid-distance. Then stare at the bluish glow and sparkling of the water lapping against the shore. This natural phenomenon in the Maldives is known as the Sea of Stars. And to take this romantic experience to the next level, it’s possible to dine al fresco next to it. 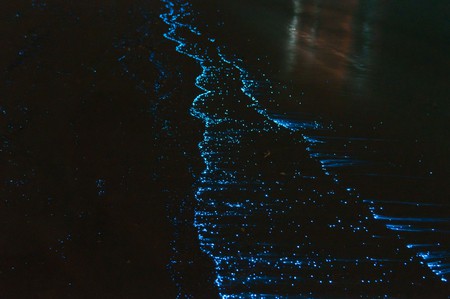 What causes the incredible Sea of Stars?

Among the tropical fish, sharks and coral in the Maldives’s Indian Ocean live billions of micro-organisms, including dinoflagellates, which are a type of phytoplankton. But what differentiates the Lingulodinium polyedrumfrom other organisms is their unique ability to generate light. Stress, caused by the movement of the sea and waves, leads the plankton to emit light, or bioluminescence, as a defence mechanism in a similar way to some fireflies. The bioluminescent light has an electric, blue-neon colour, radiatingfurther as each wave breaks. The speculator phenomena is one of nature’s rarest events. It’s so remarkable, Hollywood decided to feature the Sea of Stars in Ang Lee’s award–winning Life of Pi (2012) to illuminate the sea for the lost protagonist.

When does this rare natural phenomenon occur?

The Sea of Stars in the Maldives depends on several factors, including the year’s climate and the growth of the bioluminescent plankton. Nobody can predict when and where the event will occur. Vaadhoo Island in the Raa Atoll is the most well-known spot. But, it can also be viewed on one of the 1,200 other islands in the Maldives in the right conditions too. According to locals, the spectacular event is more prevalent from late summer to the end of the year. But, these are justpersonal accounts. The exact time and location are likely to vary for different islands. 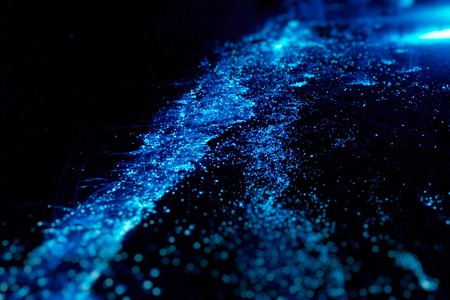 Don’t set your hopes too high

As nature is unpredictable, nothing is for sure. Planning a once-in-a-lifetime trip to the world’s most beautiful islands in the hope of experiencing the Sea of Stars might not be a wise decision. Nature does as nature pleases and an element of luck helps. Plan a holiday to the Maldives for the luxury, beaches, snorkelling and diving. Seeing the Sea of Stars should be a bonus, not a given.