The Top Cultural Sights and Venues in Malé, Maldives 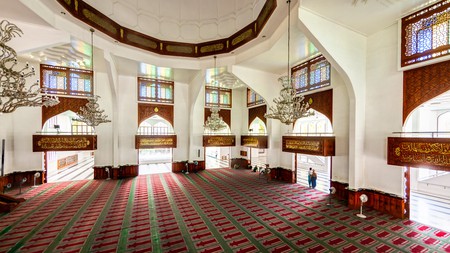 The Grand Friday Mosque in Malé, Maldives, is one of the biggest mosques in South Asia | © Martin Moxter / imageBROKER / Alamy

Many come to the Maldives, the smallest Asian country in landmass and population, for seclusion, tropical islands with pristine white beaches, luxury hotels and breathtaking views of the Indian Ocean. But take a trip into Malé, the bustling capital city of the Maldives, and immerse yourself in the rich culture of the island nation, from 17th-century mosques to contemporary art galleries. 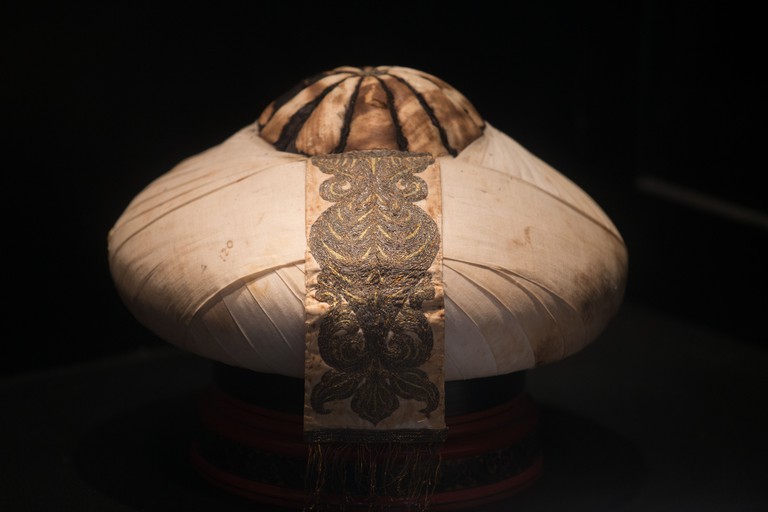 © Jeremy Graham / dbimages / Alamy
Just a short walk from the National Art Gallery is the National Museum, situated on the western edge of Sultan Park. The original museum building was opened in 1952 by the first president of the Maldives, Mohamed Amin Didi, and occupied the last remaining part of the sultan’s palace complex. The museum re-opened on 26 July 2010, Independence Day in the Maldives, in more modern premises built and funded by the Chinese government as a gesture of their friendship with the island nation. The National Museum is home to a varied range of artefacts of the country’s rich cultural history, including a coral stone head of Buddha from the Maldivian island Thoddoo dating back to the 11th century and the Feyli Kolhu, an intricately crafted suit worn by Sultan Mohammed Thakurufaanu and made in the 16th century.
Open In Google Maps
Chaandhanee Magu, Machangolhi Malé, Male, Maldives
+9603323206
Give us feedback

The intimate National Art Gallery is located in Sultan Park, a leafy oasis in tiny but bustling Malé. Opened as a reaction to the lack of spaces in which to showcase Maldivian arts and culture, the National Art Gallery was founded by the government of the Maldives in 2005. Its debut exhibition, Maldives Contemporary, featured the works of 29 Maldivian painters. The gallery has gone on to acquire an extensive permanent collection of works by local artists, which includes Hassan Ziyad’s Tsunami, a realistic landscape depicting the destruction wrought by the 2004 tsunami. In 2012, the gallery hosted the first full-scale contemporary art show in the country, Breathing Atolls, a collaboration between artists from the Maldives and Japan, which explored the effects of climate change on small island nations like the Maldives. 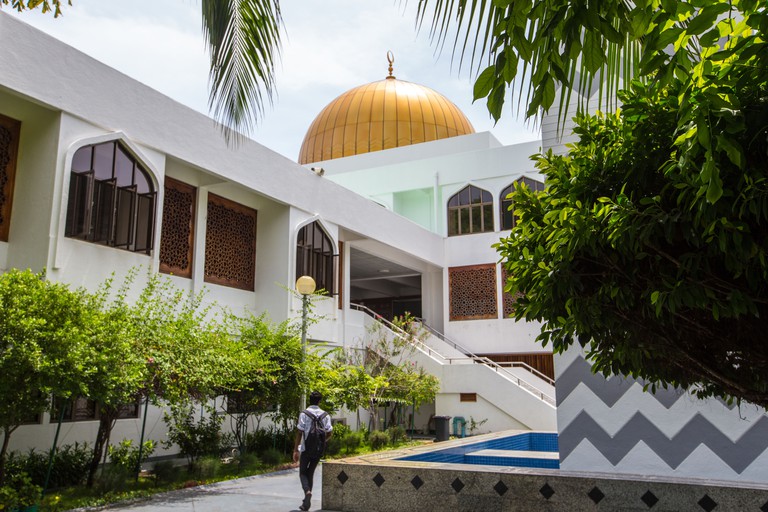 © dbimages / Alamy
The Grand Friday Mosque lies within the grounds of the Islamic Centre. The biggest mosque in the Maldives and among the biggest in South Asia, it has a capacity for over 5,000 people. The simple-yet-stunning modern structure was opened in 1984 by former president Maumoon Abdul Gayoom. Situated just behind the jetties and Jumhooree Maidhaan Park, the grand golden dome of the mosque and the towering minarets of the Islamic Centre’s entrance are the most striking features of the Malé skyline. The mosque also usually is the first landmark visitors see when travelling to the city by boat. The interior walls of the Grand Friday Mosque feature exquisite woodcarvings and Arabic calligraphy. Visitors are able to enter the mosque outside of prayer but cannot take photographs and must wear respectful clothing.
Open In Google Maps
Orchid Magu, Henveiru Malé, Male, Maldives
+9603020200
Visit Website
Give us feedback

A small gallery that manages to show a great amount of both traditional and modern Maldivian art, Esjehi is located on Medhuziyaraiy Magu in a beautiful building dating back to the 1870s. Esjehi Art Gallery hosts exhibitions on a regular basis, with much of the local art exhibited available for purchase. The intimate nature of the gallery means that visitors often have the opportunity to meet artists in person to discuss their work. Among the local artwork on display are intricately hand-carved items, as well as traditional and modern paintings. Esjehi Art Gallery also regularly hosts workshops for budding artists to encourage creativity in the island nation. 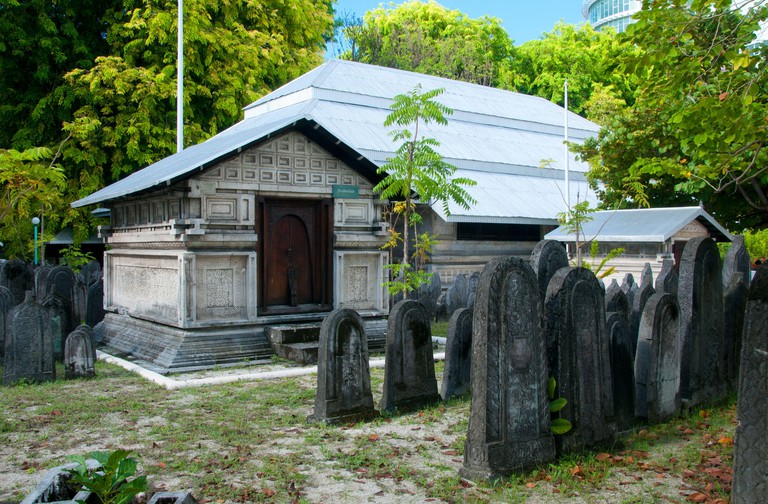 @ CPA Media Pte Ltd / Alamy
Hukuru Miskiiy, or Old Friday Mosque, is the oldest mosque in the Maldives and the predecessor of the Grand Friday Mosque. The mosque, which is made almost entirely out of carved coral stone, was completed in 1658 after two years of construction while Sultan Ibrahim Iskandar was holding the throne. The interior of Hukuru Miskiiy is known for its beautiful woodcarvings and lacquer work. One of its numerous panels, celebrating the introduction of Islam to the islands, dates as far back as the 13th century. A peaceful garden and a 17th-century cemetery encircle the mosque, which was placed on the UNESCO World Heritage Site tentative list in 2013.
Open In Google Maps
Medhuziyaarai Magu, Henveiru Malé, Male, Maldives
+9603020200
Give us feedback
Give us feedback