Where to See Wildlife in Kuala Lumpur 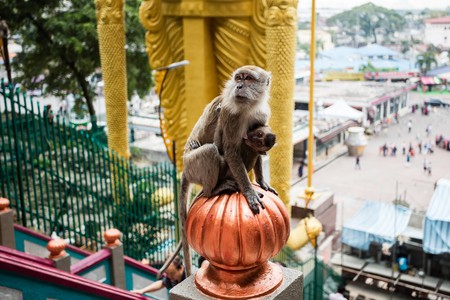 Malaysia’s capital offers cultural, religious and culinary diversity in a crowded, polluted and somewhat chaotic city. But go beyond the surface and find ecological havens and tropical parks. Discover the top places to enjoy the outdoors and see wildlife in Kuala Lumpur most tourists miss.

Zoo Negara, or National Zoo, gives locals and tourists the chance to see wildlife in Kuala Lumpur since opening in the 1960s. With more than 470 species of mammals, reptiles, fish, amphibians and birds, the open-concept zoo covers a whopping 100 acres of land. Featuring a variety of larger mammals and primates, including orangutans and the Malaysian Tapir as well as the zoo’s highlight: a giant panda. Plan for three hours exploring this family–friendly zoo in Kuala Lumpur. 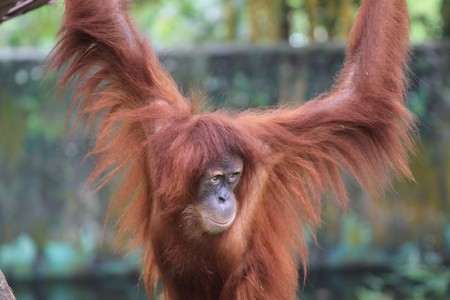 The Lake Gardens Park, also referred to as the Botanical Gardens, is a spacious green area in the heart of Kuala Lumpur. In late 19th-century Malaya, the British created these gardens as a retreat from the growing city. Flash forward to today and it’s full of regional flora and fauna, an artificial lake and both the Kuala Lumpur Bird Park and Kuala Lumpur Butterfly Park. Expect to find several types of birds, mammals and lizards as well as deer inside Deer Park.

Located at the highest point of Lake Gardens, this small stretch of land has an abundance of exotic orchids. But strolling through this small garden near the Botanical Gardens isn’t just for the flowers. A gang of macaque monkeys also call the area home. Pass through and be greeted with dozens of small primates sat mischievously on the trees or archways carefully observing passers-by. But hold on tight to belongings – macaques are notorious thieves! The Orchid Gardens combine the chance to photograph colourful and exotic flowers and see wildlife in Kuala Lumpur at the same time.

The Batu Caves on the outskirts of Kuala Lumpur consist of a series of Hindu temples located in the hillside caves. A total of 272 steps lead to the entrance, which hosts the world’s largest Thaipusam festival. However, aside from the religious and cultural significance, it’s also a prime spot to see wildlife in Kuala Lumpur. As visitors climb towards the temple, they’ll encounter hundreds of wild macaque monkeys on the steps, trees and inside the caves. Thousands of bats live inside the temple caves, too. 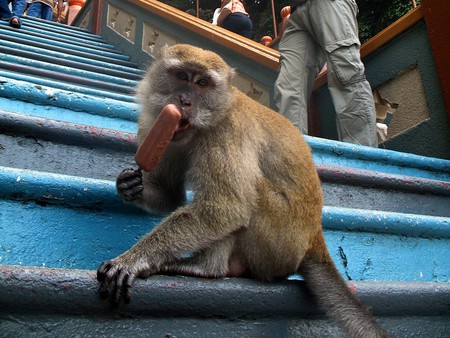 The best way to see wildlife in their natural habitat in Kuala Lumpur is to go hiking. Hills and dense jungle line some of the city’s neighbourhoods and several trails are within less than an hour of the city centre. Head to nearby Cheras and join the locals in the early morning as they follow the trails up the hills and through the jungle. Most see monkeys at some point on their trek while others may catch a glimpse of lizards, birds and even the occasional wild boar. While Cheras is technically in Selangor and not Kuala Lumpur, it can quickly be reached on public transport. Other places to hike near the capital include Puchong Hill, Gunung Tok Wan and Hutan Lipur Bukit Lagong. 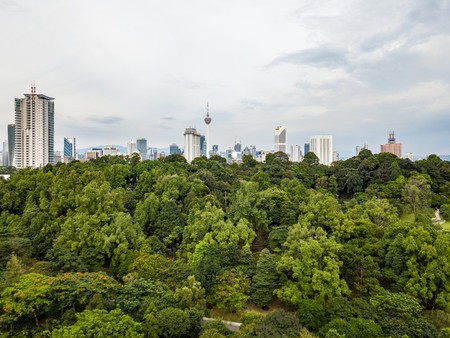