Top Things to Do on Pangkor Island, Malaysia 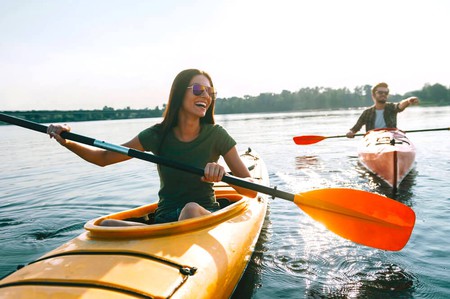 Pangkor Island, which loosely translated means beautiful island, is the largest of an archipelago in the Strait of Malacca. For such a modest-sized outcrop, it has plenty to make your visit memorable, from beaches to birdlife and temples to treks through rainforest. Whether you come for a couple of days or a week, these are the top things to do while on Pangkor Island, Malaysia. 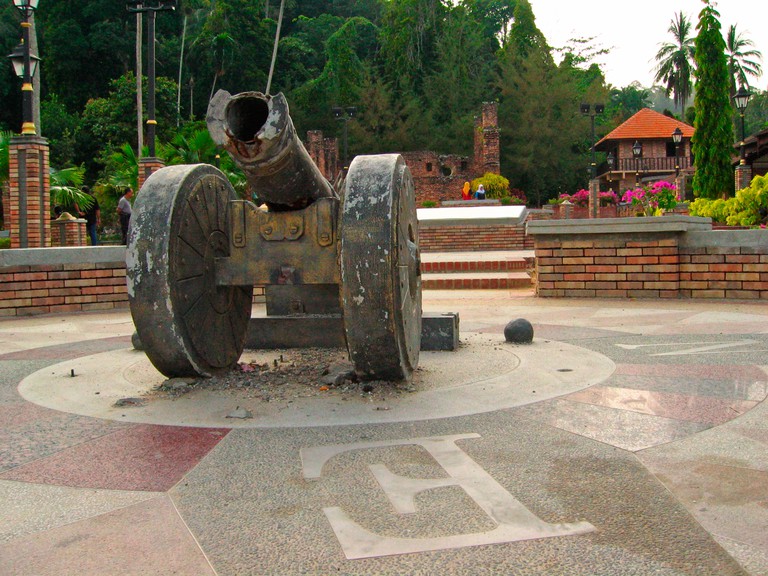 © Andrew Woodley/ Alamy
Why is Amsterdam so wealthy? Because the Dutch East India company made the city and the country’s fortune by shipping spices and raw materials from the Far East to Europe. Their activities were concentrated in the Spice Islands in modern-day Indonesia. Pangkor was a way-station where this modest, crumbling brick fort overlooking the coast was used to store tin ore in transit. Look out for the 17th-century graffiti carved by bored europeans on sentry duty. 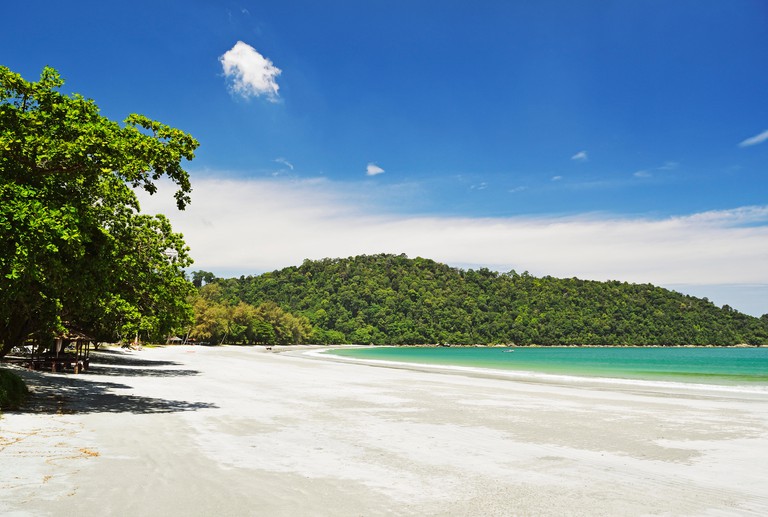 © robertharding/ Alamy
Pangkor’s rugged, rainforest-covered interior is protected in a series of small wildlife preserves. Trails have been cut through the jungle, including to Tortoise Peak, the island’s highest point, affording panoramic views over Tortoise Bay. Make the trek also up Segadas Hill to a secluded white-sand beach. All the walks are short – taking between 30 minutes and two hours – and you can expect to see hornbills and macaque monkeys. Just be aware of blood-sucking leeches, which appear after even a few drops of rain. 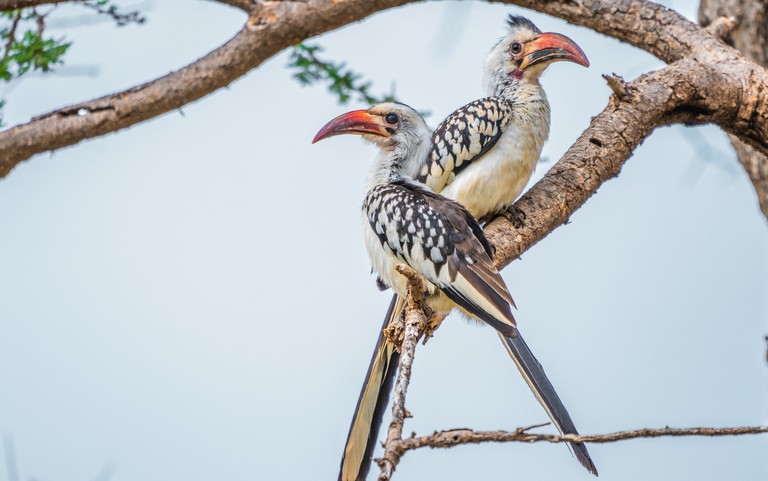 © beks-NXYS/ Unsplash
Pangkor is a refuge for oriental pied hornbills – playful, fruit-eating forest birds, as big as carrion crows, with colourful two-tiered beaks. You don’t need to trek into the jungle to see them. Every evening at 6pm, Anas Aidil invites tourists to feed hornbills white bananas outside his Sunset View Chalet guesthouse in Teluk Nipah. The diet is strict – anything but white bananas upsets their delicate digestion – but Anas has plenty on hand. 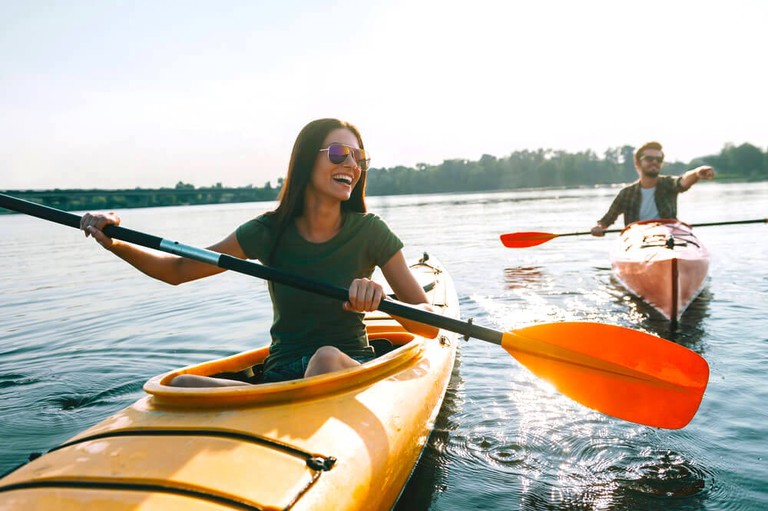 © g-stockstudio / Shutterstock
The sea around Pangkor is calm enough for even novice kayakers. Renting a boat and paddling from an unspoilt cove to a balmy bay is a great way to see the island. The views are wonderful – of pristine rainforest rising from golden sand, the occasional hornbill floating elegantly through the trees. You can stop off to snorkel in the glassy water or find your own patch of empty sand and curl up with a book – carried in a rented dry-bag. 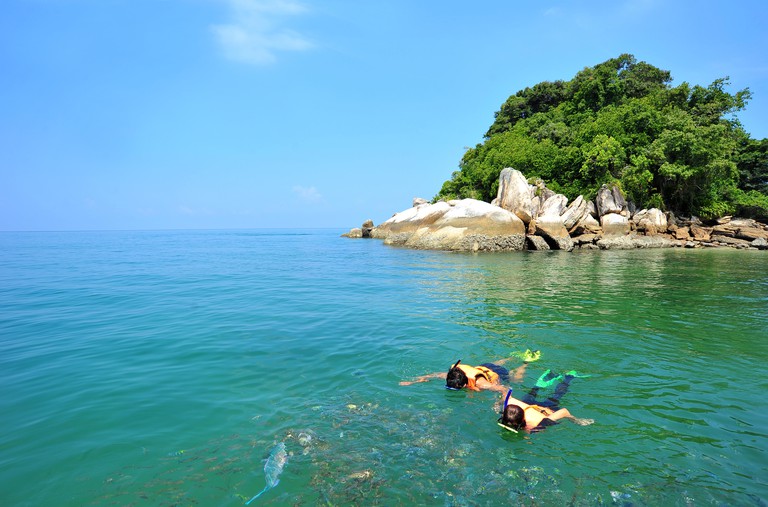 © RAVINDRAN AL JOHN SMITH ravijohnsmith / Alamy
Since 2011, Reef Check Malaysia has dedicated itself to rehabilitating Pangkor’s once-pristine coral reefs damaged by overfishing, suntan lotion and tourists’ feet. Staghorn, plate and brain corals have been revived and reefs are slowly returning to their former glory. The island actively encourages tourists to collaborate in coral preservation by snorkelling the best spots with responsible operators such as Pangkor Laut Resort, which follows Reef Check guidelines and whose tourist profits fund a protected snorkelling area. 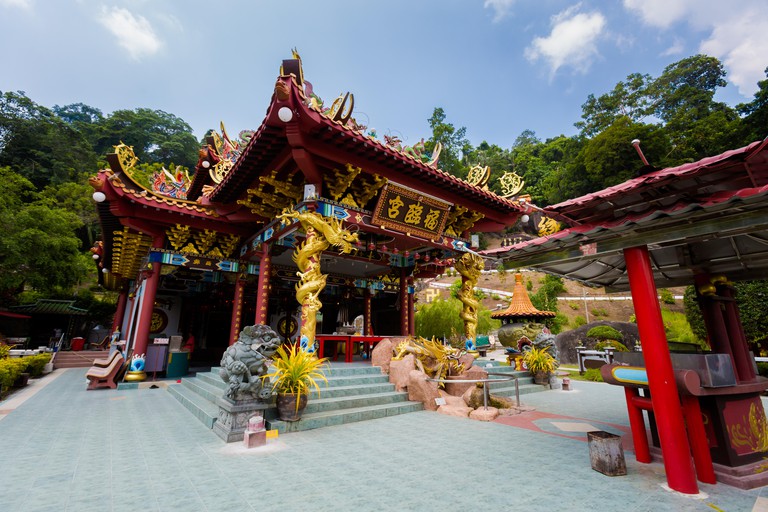 © Anna Bieniek / Alamy
Set over a garden of bamboo, bonsai trees and big boulders covered with Chinese calligraphy, Foo Lin is a magical spot, its dragon-topped gables framed by lush jungle. Come at the end of the day when the forest twitters with birds and lazy, loping butterflies float over the carp ponds. Meditate in the incense-scented main pavilion and drink from a freshly-sliced green coconut at the stall outside the gates. You will feel wonderfully refreshed. 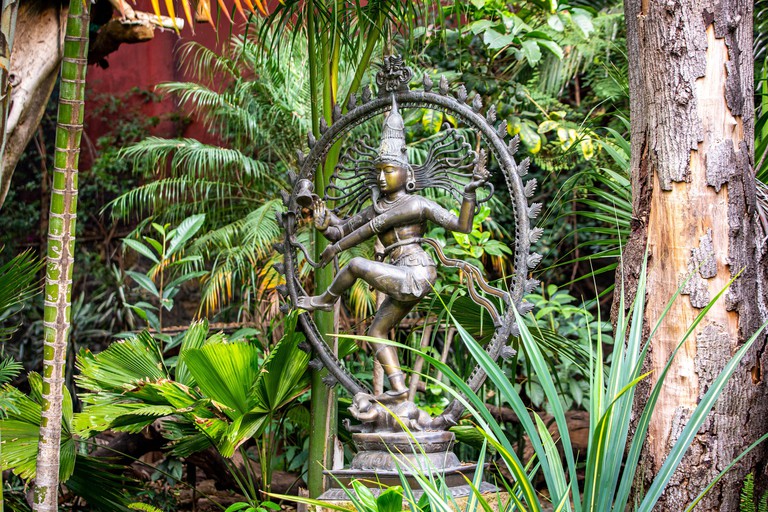 © PhotoSpirit / Alamy
Yes, there are more photogenic Hindu temples than this modest, concrete shelter in the village of Sungai Kecil but few can claim to be the site of a genuine miracle. Legend has it, a local blind man was called by a mysterious voice to light lamps inside the temple on the promise that his sight would return. It did so, and the lamps are lit to this day – either side of an effigy to the goddess. Visit and you’ll experience a tranquillity that will stay with you.

Enjoy the Beach at Teluk Nipah 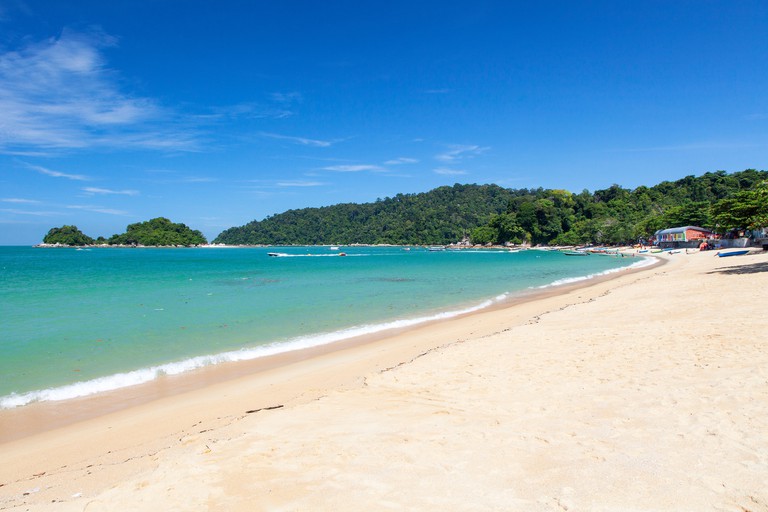 © Andy Selinger / Alamy
With only a handful of hotels and guest houses, this long white-sand bay on the west coast of Pangkor is one of the island’s most beautiful beaches. The sea is bath-water calm and glassy-clear, and you don’t need to bring supplies as seafood stalls sell snacks and juices. For a little exercise, consider renting a kayak which are available for excursions to the small uninhabited islets of Pulau Mentangor and Pulau Giam, just offshore. You won’t regret the exertion in the heat: here there are hidden bays and secret, deserted white sand coves. 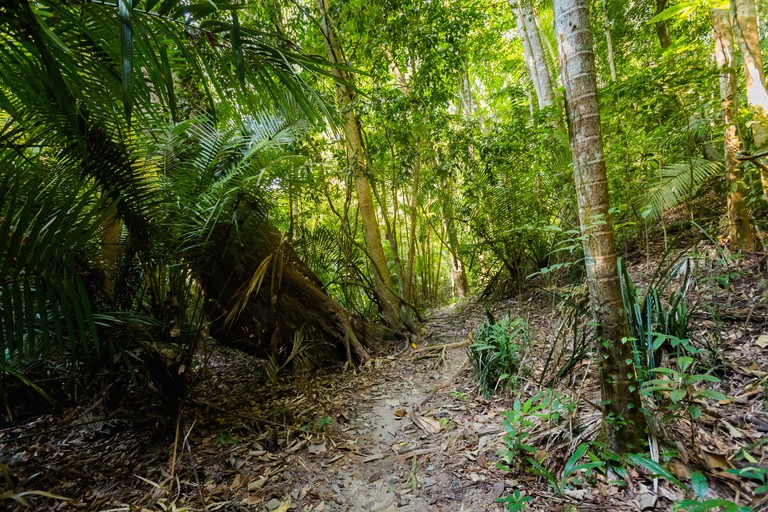 © Anna Bieniek / Alamy
Got your bird-spotting book at the ready? Pangkor is swathed in pristine, protected forests that provide a vital refuge for endangered avian species including the great hornbill, great slaty woodpecker and that serene songbird, the buff-vented bulbul. Brahminy kites and white-bellied sea eagles are a common sight and there are long-tailed macaque monkeys at every turn. The best way to see them is on a rainforest hike with a local guide. Or if you prefer to do it sitting down, you can take a tour by quad bike.

End your trip at Fisherman’s Cove 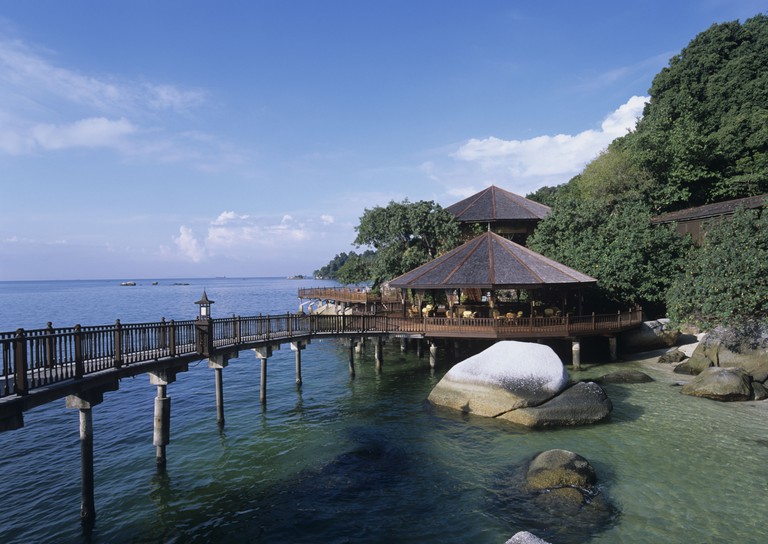 © INTERFOTO / Alamy
Time for a cocktail by the gently lapping ocean followed by an expertly-prepared dinner under the stars to the chirrup of cicadas and tree frogs? Don your smartest attire and settle in at Fisherman’s Cove, flagship restaurant of the elegant Pangkor Laut Resort and open to non-guests over the age of 16. The menu focuses on seafood with gourmet renditions of traditional local dishes including spicy red snapper. A sommelier will match the wine to each course. As you might have guessed, you need to book ahead.
Give us feedback