Top 10 Things to See and Do in Borneo 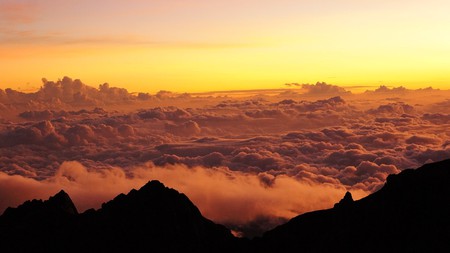 Sea of clouds from the peak of Mount Kinabalu | © TarasK/Pixabay

Few visit exotic Borneo, an island shared between Malaysia, Indonesia and Brunei. But those who do can expect to have their breath taken away with the endless green landscapes, pristine stretches of coastlines, mountains, cave systems and the chance to learn about the headhunters. Here’s some of the best things to see and do.

Just off the coast of Kota Kinabalu in Sabah are a series of five islands forming the Tunku Abdul Rahman National Park. Rated as one of the best things to do in Borneo and a favourite day trip, tourists have the choice between visiting one island or hopping from one to the next. Manukan is the most popular and has a reputation for its beaches and snorkelling. The other islands include Gaya, Sapi, Mamutik and Sulug. 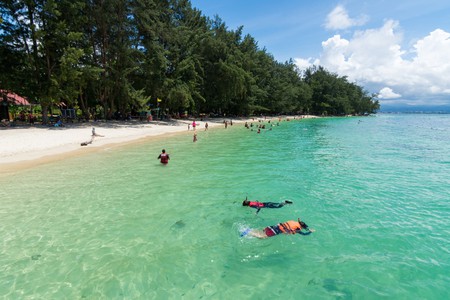 Kudat, the ‘Tip of Borneo’

Visiting the northern extremity, or tip, is one of the top things to do in Borneo. The ‘Tip of Borneo’ in Kudat sits approximately 170 kilometres (105 miles) from Kota Kinabalu, providing stunning views of the South China Sea. Steps lead down to the rocky outcrop which forms the end of Borneo, the third largest island in the world. Most people stay the night in Kudat and enjoy the sunset and unobstructed views of the stars on a clear night. Nearby Kelambu Beach rates among the best beaches in Sabah.

Most Sabahans view mountainous Kundasang as a retreat from the stifling heat. But the small town in Ranau approximately two hours from Kota Kinabalu provides some of Borneo’s most spectacular scenery. Surrounded by mountains and rainforests overlooking Mount Kinabalu, the region offers tourists several opportunities to take scenic photographs and admire the view of the mountain. Many tourists spend the night in one of the homestays overlooking Kinabalu in the near distance. Other activities include relaxing in the Poring Hot Springs and experiencing the biodiversity of flora and fauna in Kinabalu Park. 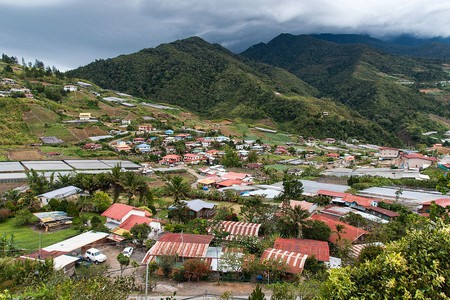 A short drive from Kota Kinabalu in Penampang sits the Monsopiad Cultural Village, named after a famous warrior namesake who lived more than 200 years ago. Several legends surround Monsopiad, the headhunter, who eventually became addicted to killing and collecting heads. Today, the Cultural Village, constructed from traditional material, acts as a living museum. 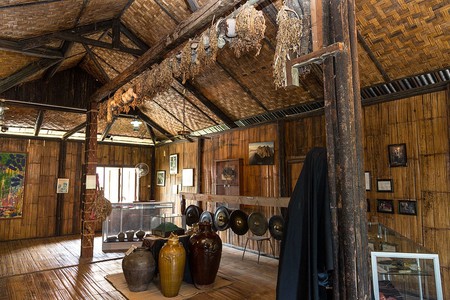 Sabah’s most iconic and sacred attraction: Mount Kinabalu. Standing at a whopping 4,095 metres (13,435 feet) above sea level and classified as a World Heritage Site, attempting to scale the peak often features among the best things to do in Borneo. Climbing to the summit is a challenge and includes an overnight stay at Laban Rata, or base camp. On the second morning, climbers rise at the unearthly hour of 1:30am to reach the top for sunrise. However, places sell out fast, and tourists often need to book several months in advance to secure a spot. 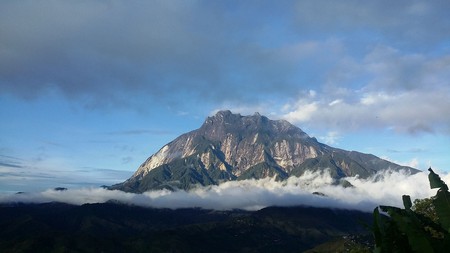 Located off Semporna in the Celebes Sea, Sipadan Island boasts a reputation for having one of the best diving locations in the world. Rising over 600 metres (1,969 feet) from the seabed, the world beneath the waves features underwater caves, hard and soft coral along with incredible marine biodiversity. Divers can expect to see both green and hawksbill turtles, manta rays and huge schools of barracuda. 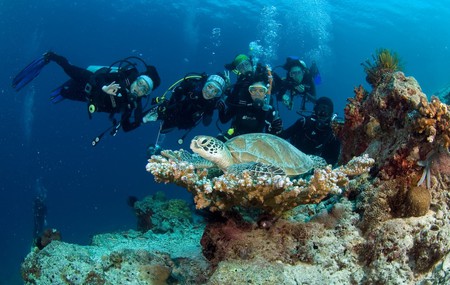 The state of Sarawak in Malaysian Borneo’s claim to fame are its caves. UNESCO-listed and offering an impressive list of titles, the Gunung Mulu National Park rates as one of the top things to see in Borneo. The limestone caves house the world’s largest natural chamber called the Sarawak Chamber along with the world’s largest cave passage known as Deer Cave. Apart from these titles, three mountains with an altitude higher than 1,500 metres (4,921 feet) form the surroundings, creating a mesmerising environment.

Located approximately 100 kilometres (62 miles) from Miri in Sarawak lies the mysterious Niah National Park. Inside the cave systems, archaeologists discovered human remains dating back some 40,000 years, which they believe to be among the oldest ever found in Asia. Cave paintings, traditional wooden coffins and the geological wonders are also highlights. Daring locals often climb the cave walls to harvest the prized bird’s nest. 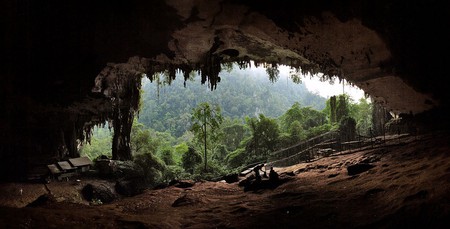 Labuan, also called the Pearl of Borneo, is the largest of seven islands off the coast of Sabah and Brunei. Famous among locals for its duty-free status, and with divers for its four shipwrecks, a trip to Labuan makes for an exciting experience in Borneo. The state also has a bird park, water villages, beaches and golf clubs.

The tiny Sultanate of Brunei, one of only two remaining Sultanates in the world along with Oman, nestles between Sabah and Sarawak. It was once a dominant regional power, occupying large areas of Borneo Island and now a wealthy, oil-rich nation sat on the coast. While Brunei isn’t touristy and the country practices strict Sharia Law (which means a total ban on alcohol), it’s still worth visiting for the experience. Bandar Seri Begawan, Brunei’s capital, features a floating village, an opulent Royal Museum and a very different atmosphere to Malaysian and Indonesian Borneo. 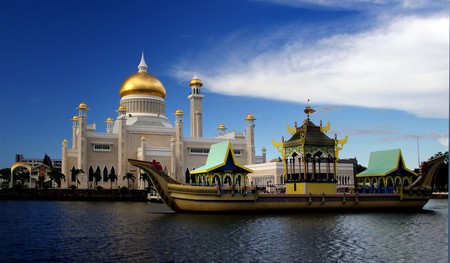