15 Malaysian Slang Words To Help You Speak Like a Local 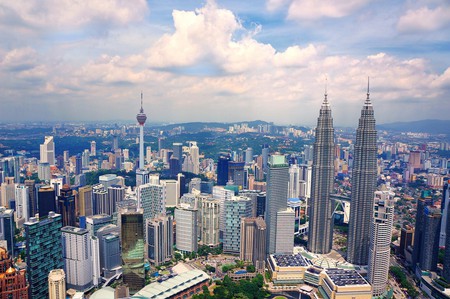 Stemming from the various languages spoken by the diverse population of Malaysia, many Malaysians have developed an unofficial language known as Manglish. It is a unique blend of slang and various words pulled from different vernaculars, which can result in a single sentence that sometimes contains three or more languages! Here are some of the most popular slang words to start you along your journey into this incredibly innovative language.

Yum Cha (or Yam Cha) is derived from the Cantonese language, literally meaning ‘drink tea’. Malaysians have adopted the words outside of its original context to mean ‘hang out’ over drinks (usually non-alcoholic) or food at the local coffee shop or ‘mamak’.

This term, which initially referred to Malaysians of a Tamil-Muslim origin, is now mainly used in reference to a type of restaurant or stall that normally serves Indian food with some places offering a fusion of Malaysian cuisine.

These ‘mamaks’ are staple hangout spots for Malaysians from all walks of life, and can be incredibly lively during massive sporting events. As Malaysians tend to describe it: ‘the British have their pubs, we have our mamak shops.’

From the Hokkien word meaning ‘never invite’. Malaysians love using this word, normally in jest, when referring to friends who didn’t invite them to an outing or gathering.

Don’t be surprised to hear the phrase ‘why you bo jio?’ if you don’t invite your Malaysian friends out to hang!

Belanja is a Malay word that is synonymous with ‘I got you covered’, and is normally used when someone is settling your bill for you, normally for food and drinks.

If you ever encounter a generous Malaysian telling you that they belanja you, then it means the meal is on them!

Malay slang that basically means ‘killjoy’, which is used to refer to someone being a wet blanket or a good moment being ruined.

This is a strange one. When at a restaurant, you will hear this term being thrown around by both waiters and customers.

Waiters tend to refer to their customers as boss, and customers will call out for waiters using the same term.

If you’re ordering food to-go in Malaysia, this is a handy one to remember. Tapau (Cantonese) and ‘bungkus’ (Malay) are synonymous and are used when ordering take-away from a restaurant. 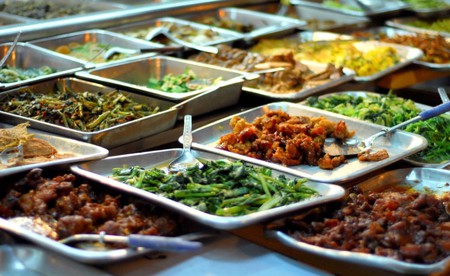 If you’re approached by someone younger than you, especially children, it is quite common to hear them address you as Auntie or Uncle. In Malaysian culture, it is a general term of respect to refer to your elders (even if they’re not related to you) as such, and almost never through their first names, unless directly requested.

These are two terms that locals use to refer to ‘Western foreigners’.

This is a Malay slang for ‘being caught red-handed’, and it’s generally used when catching someone in a shameful situation.

This term is quite famously used in a song by Malaysian singer-songwriter Zee Avi about her catching her boyfriend cheating on her.

Hokkien for shy or embarrassed. Expect this if you’re asking someone to do something outside of their comfort zone.

An exclamation that is equivalent to “Oh my God!”. The meaning of this phrase differs based on delivery and tone. It can either be an angry statement or one of awe and shock.

Slang for ‘brother’. Malaysians tend to refer to their good friends as ‘macha’ and it’s often considered to be the local equivalent of the English slang ‘fam’.

A Malay slang that is used to express shock, surprise, or frustration. Most Malaysians tend to automatically punctuate this with a ‘face palm’ for dramatic effect.

This is the ultimate slang used by Malaysians everywhere. One would argue that you’ve never heard a real Malaysian conversation if you haven’t encountered the famous ‘lah’.

There really is no explanation to ‘lah’ as the word itself means nothing, Malaysians use it to add ‘flavour’ and ’emphasis’ to their sentences. Fair warning, using ‘lah’ can be rather addictive once you get the hang of it.