The Ultimate Backpacking Guide to Malaysia 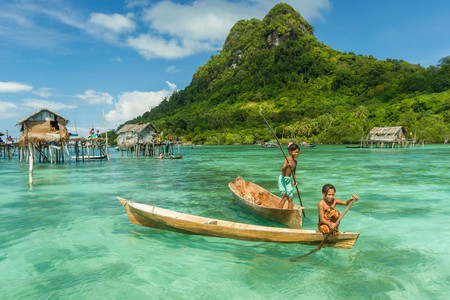 Malaysia rates as one of the hottest destinations in Southeast Asia for budget travellers. With rock bottom prices, exotic travel destinations, biodiversity, jungles and a thriving coffee shop culture, there’s something to suit every taste and interest. Culture Trip rounds up the essentials about backpacking in Malaysia.

Malaysia attracts backpackers for the affordable cost of travel, wide selection of delicious food, multiculturalism, biodiversity, beaches and a vibrant rural scene. In short, Malaysia has it all. Walk through Kuala Lumpur or Penang’s streets and see endless streams of backpackers from around the world. A flexible visa policy means several nationalities get a 90-day free visa on arrival. English is widely spoken and reliable WiFi in Kuala Lumpur makes Malaysia a backpacker hotspot.

Accommodation, food and transport cost very little. It would be easy to survive, if not thrive, on less than $30 per day. However, alcohol prices outside of duty-free Langkawi are high. And those looking to hit the country’s must-visit tourist attractions will be faced with steep admission prices, often three times higher than locals, with the ubiquitous ‘non-Malaysian prices’. 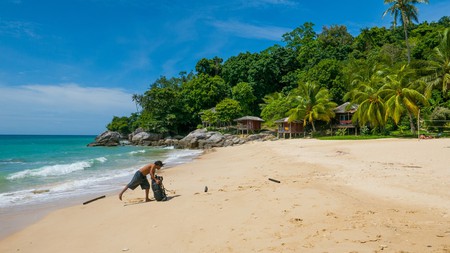 Get away from the tourist trail

All backpackers should visit the country’s top destinations, which include Kuala Lumpur, Penang, Langkawi and Malacca. But at the same time, there’s an impressive list of other less visited spots such as Perak’s Taiping, Ipoh and Pangkor Island, along with Kedah’s Alor Setar and Malaysian Borneo’s Sabah and Sarawak.

Make the most of ecotourism

Malaysia is one of Earth’s most biodiverse regions. From Borneo’s untouched primary rainforests to the jungle surrounding Kuala Lumpur, it’s easy to indulge in nature. Backpackers can see monkeys, hornbills and other exotic creatures. Hiking trails are within a stone’s throw of Kuala Lumpur, Penang and other cities. 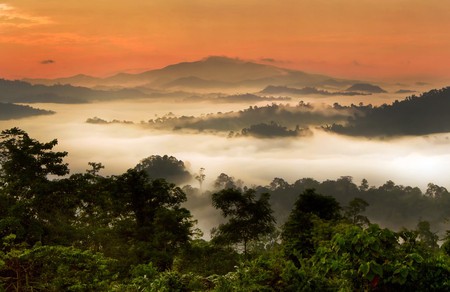 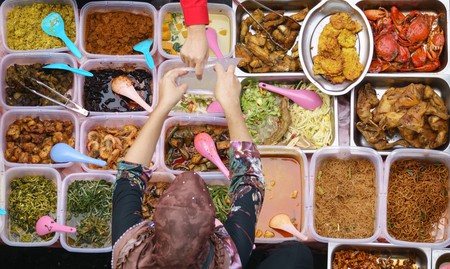 The safety situation in Malaysia is complicated. On the one hand, violent crime rarely affects tourists. But on the other, some cities have a dark underbelly. Backpackers in Malaysia with common sense who don’t stray from touristy areas late at night will find their only concerns are petty theft, pickpocketing and groups of roaming beggars. Because of Malaysia’s 24/7 lifestyle, it’s generally safe to be out after dark. Restaurants tend to burst until the early hours. But night owls should also be aware that Malaysia isn’t as safe as the likes of Vietnam and Singapore. Grab and Uber are reliable and safer ways to travel around late at night.

Road safety is probably the biggest safety concern. Speeding cars who don’t slow for pedestrians combined with a lack of pavement outside of Kuala Lumpur are a dangerous combination. Vehicles in the capital might not stop at pedestrian crossings. Red lights don’t seem to apply to motorbikes either, whether someone is crossing the road or not. Those renting a motorbike in Langkawi or Pulau Pangkor should be aware of ‘mat rempit’. Mat rempit are a group of young men who race motorcycles along the highway, perform dangerous stunts and pose huge risks towards other motorists.

Female travellers need to be careful when backpacking in Malaysia. Catcalling, stares and unwanted attention are all too frequent outside of the big cities. In Kuala Lumpur, men have been known (and caught) inappropriately touching women on public transport. Always use the ‘female-only’ carriage whenever possible. Sadly, gender discrimination and homophobic behaviour are significant issues in Malaysia too. 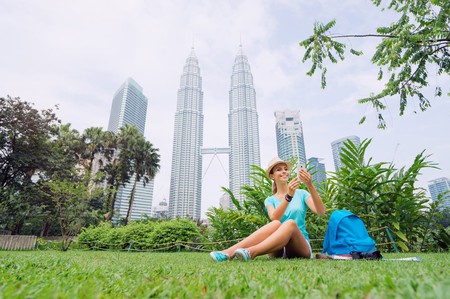 Should backpackers be worried?

In short, anyone who plans to go backpacking in Malaysia probably won’t face any problems if they exercise common sense. But a little caution goes a long way, especially when out late at night.

Malaysia has a reputation for serving some of the world’s best food. Multiculturalism means budget-friendly restaurants with either Indian, Chinese or Malay food found in most areas. Street food, Western-style restaurants and fine dining are also widely available. Vegetarian and vegans who are backpacking in Malaysia can dine at the Hindu or Buddhist-friendly restaurants where meat is strictly off the menu.

Hostels, hotels, guesthouses and Airbnbs are in abundance. From the $10 (RM40) to $15 (RM60) a night for a bed in Bukit Bintang or George Town, to a guesthouse a minute or two from the beach on Pangkor Island, it’s fast and affordable to find a place to stay in Malaysia. Expect a comfortable room with a private bathroom and air-conditioning for around $20 (RM78) per night.

Outside tourist areas, eating in a restaurant or relaxing at a coffee shop often attracts attention. Most Malaysians understand and speak some English and it’s never too difficult to strike up a conversation. Learn a few phrases of Bahasa Malaysia and watch the locals’ eyes widen after saying a few more words than ‘thank you’. Grab drivers can also be a good source of information and recommendations. Meetup.com, where people post groups and speciality activities such as hiking or a book club, is an excellent way to meet locals with similar interests. Backpackers tend to hang around in the street-side food courts in Kuala Lumpur’s Bukit Bintang. 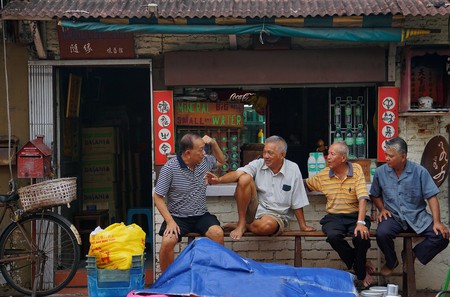 Malaysia’s currency is called the ringgit and currently sits at just under RM 4 to $1USD. Denominations include RM1, 5, 10, 20, 50 and 100 notes along with 1, 5, 10, 20 and 50 cents in coins. Almost everywhere accepts cash, while debit/credit cards can be used in larger shops and shopping malls.

Those wanting to change money in Malaysia will find reasonable rates that are often better than back at home. Different rates apply for different denominations, such as $100 and $10. Most exchange offices won’t accept smaller notes or coins.

1 beer ($4 to $15 outside of Happy Hour, special promotions and duty-free Langkawi)

1 affordable experience – e.g. average entry to visit a Temple ($4 to 20). Foreigners often have to pay three times more than locals. 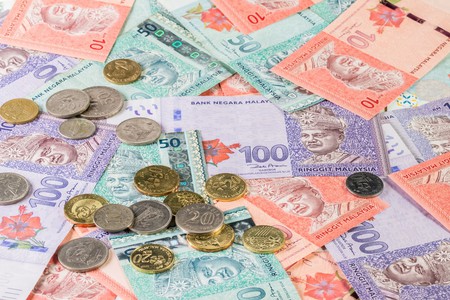 Langkawi: Langkawi is the ‘Jewel of Kedah’. With pristine beaches and a duty-free status, the island is a top spot for anyone backpacking in Malaysia. Head to one of Pantai Cenang’s beach-side bungalows and enjoy a cocktail on the beach overlooking the sea for a few dollars. Spend at least 48 hours in Langkawi.

Pulau Pangkor: Perak’s Pangkor Island has a population of 30,000 along the Straits of Malacca. Secluded beaches, a laid-back atmosphere and few tourists give it an off-the-beaten-path feel in a beautiful location. But visit soon before it becomes another hotspot for backpackers in Malaysia.

Ipoh: Ipoh, the capital of Perak, is just a couple of hours north of Kuala Lumpur. The city has traditional shophouses, colonial architecture and several Buddhist temples carved into the surrounding limestone hills. The supposedly haunted Kellies Castle, a former mansion commissioned by an eccentric Scotsman, is nearby too. 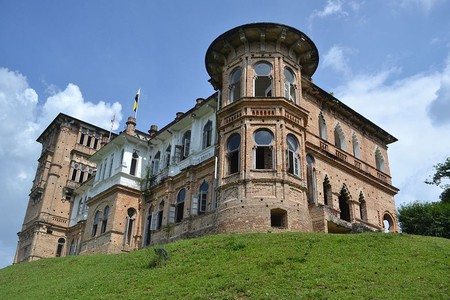 Visit the jungle: Primary rainforest cover large areas of both Peninsular and Malaysian Borneo. From hiking in the hills surrounding Kuala Lumpur to spending a week in Sabah’s Danum Valley Conservation Reserve, having the chance to get hot and sticky in the rainforest is a must.

Climb Mount Kinabalu: Sabah’s Mount Kinabalu is the tallest in Malaysia at 4095 metres (13,435 feet). A sacred place for indigenous Kadazan-Dusun and a challenge for hiking and mountaineering enthusiasts, this two-day trek is a favourite bucket list experience in Malaysia. Arrange several months in advance as limited spots fill quickly.

Taste famous Malaysian dishes: And the easiest bucket list experience in Malaysia is to sample as many of the nation’s famous dishes. From nasi lemak, laksa and teh tarik with roti canai to Chinese noodle soup, rojak and satay, tasting the widely available and delicious food is a must. 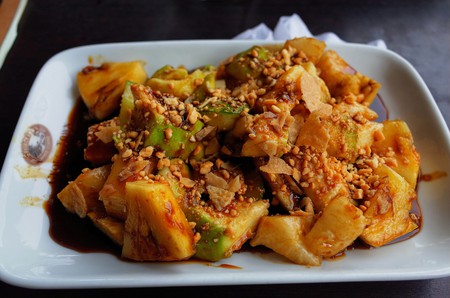 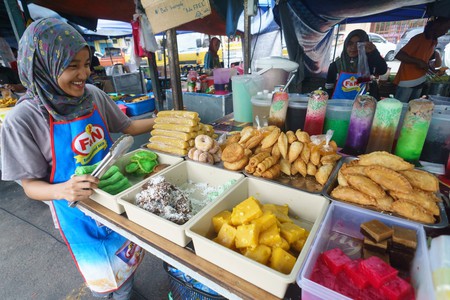